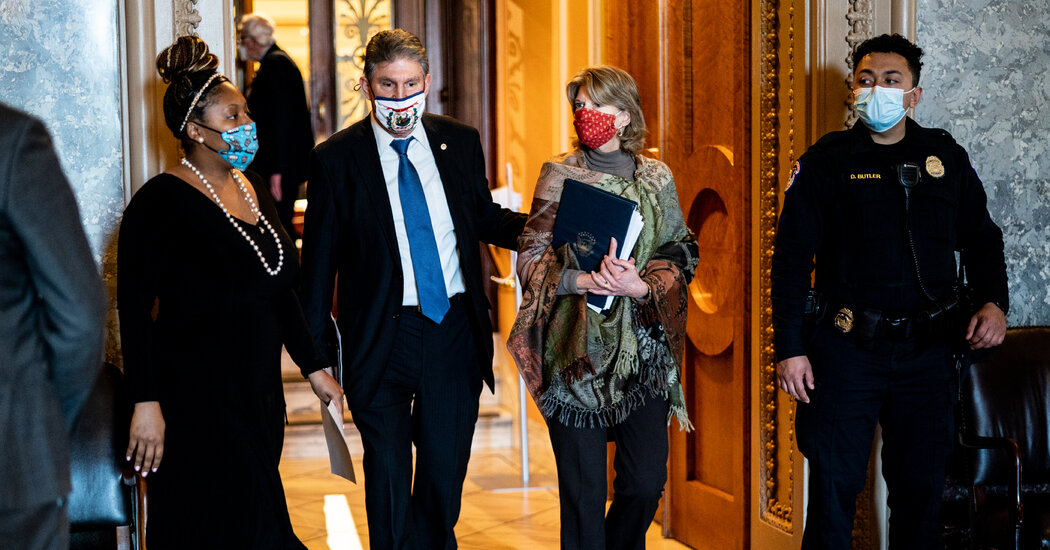 As time wears on, competing forces will come into play. More obstruction from Republicans on a variety of issues could cause frustration to mount, leading Democrats who had opposed doing away with the filibuster to at least support weakening it. But as the midterm elections approach, some senators may become less willing to initiate a fight that reeks of partisanship.

“As you get closer to the midterms, people get more nervous about anything that might be seen as controversial,” Ornstein said.

First introduced in the run-up to the Civil War by John Calhoun, a staunchly pro-slavery senator from South Carolina, the filibuster was heavily used during the Jim Crow era by segregationists who sought to prevent widely popular civil rights laws from being put in place. Nationwide polls from the 1930s through the 1950s showed that most Americans supported anti-lynching legislation, the abolition of poll taxes and other such laws — but Dixiecrat senators from the segregated South used the filibuster to stop legislation.

After the civil rights movement, pushback against the filibuster led to the reforms of 1975; in the years after that, it remained the primary domain of conservative Southern senators like James Allen and Jesse Helms, who were “considered outlaws, almost pariahs among their colleagues,” Jentleson said, calling them “absolutely the Ted Cruzes of their day.”

“If Republican leaders at the time could’ve had their way, they would’ve made these guys stop and cast them out of the party,” he said. “But it turns out that they were kind of the progenitors of where their party was headed.”

In his book, Jentleson writes that it may not be a coincidence that the G.O.P. leaned in to using the filibuster after the rise of Barack Obama, the nation’s first Black president. McConnell, who declared in 2010 that his main goal was to ensure Obama was “a one-term president,” started using the 60-vote threshold to stop almost all legislation from passing.

“Prior to McConnell, no leader had tried to deploy it against nearly everything that came before the Senate,” Jentleson said. “It turned out that Republicans were able to dodge blame easily — and that voters held the party in power accountable for failing to get anything done, and particularly held Obama accountable for failing to deliver on his promise to break the gridlock in Washington.”

Whether you optimistically hope that mortgage rates will decline or are resigned that rates will stay elevated above the historic lows of 2021, you … END_OF_DOCUMENT_TOKEN_TO_BE_REPLACED