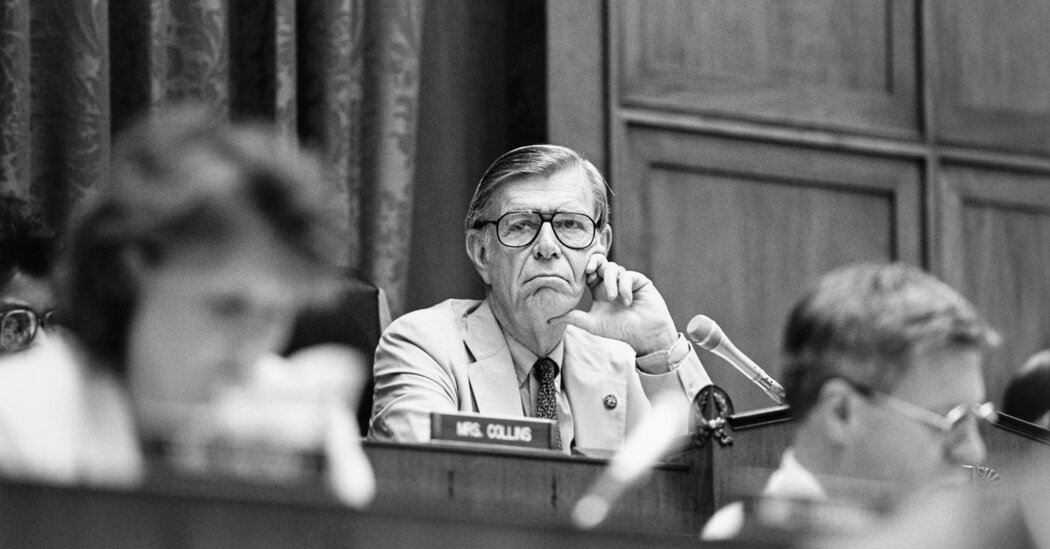 William F. Clinger Jr., a nine-term Republican congressman from Pennsylvania who vigorously pursued two investigations into wrongdoing by the Clinton administration and two decades later said that Donald J. Trump, his party’s nominee, was unqualified to be president, died on May 28 in Naples, Fla. He was 92.

His death, in a hospital, was confirmed by his daughter Eleanore (Bijou) Miller. Mr. Clinger had lived in Florida for several years since moving from Virginia.

Mr. Clinger, the only millionaire member of the House of Representatives when he was first elected in 1978, was a relatively moderate Republican, a former appointee of President Gerald R. Ford as chief counsel of the Commerce Department’s Economic Development Administration and a proponent of public works.

His signature legislation, though, was a plank from the Contract With America, the conservative legislative agenda successfully advanced by Speaker Newt Gingrich and his fellow Republicans during the 1994 midterm elections, in which they seized control of the House for the first time in 40 years.

accused the administration of stonewalling the investigation, and an independent prosecutor found evidence that while First Lady Hillary Clinton had played a role in the firings, there was insufficient proof that she had misled investigators.

The independent prosecutor also exonerated Mr. and Mrs. Clinton after an inquiry into whether they had improperly accessed F.B.I. files on Republican opponents (inevitably referred to as “Filegate”).

Mr. Clinger was so popular that he ran for re-election several times without a Democratic opponent. He did not seek a 10th term in 1996.

a public letter that Mr. Trump was “manifestly unqualified to be president.”

William Floyd Clinger Jr. was born on April 4, 1929, in Warren, Pa., in the northwestern part of the state. William Sr. was a banker and owned oil wells. His mother, Lella May (Hunter) Clinger, was a homemaker.

After graduating from The Hill School in Pottstown, Pa., he earned a bachelor’s degree at Johns Hopkins University in 1951, served four years in the Navy and was discharged as a lieutenant. He worked as an advertising executive for the New Process Company, a mail-order clothing business in Warren, before enrolling in the University of Virginia School of Law, where he received a degree in 1965.

After he retired from Congress, Mr. Clinger taught at Johns Hopkins University, was the chairman of the Chautauqua Institution’s board of trustees and was a co-chairman of the Institute for Representative Government, a nonprofit, bipartisan Washington organization that promotes democracy internationally.

He married Julia Whitla, who died in 2016. In addition to his daughter Eleanore, he is survived by another daughter, Julia Boulton Clinger; two sons, James and William F. Clinger III; and seven grandchildren.

J.T. Brown #23 of the Tampa Bay Lightning skates into goalie Henrik Lundqvist #30 of the New York Rangers during the second period in Game Six of the … END_OF_DOCUMENT_TOKEN_TO_BE_REPLACED

The Mississippi River town of Ste. Genevieve, MO, might be the ideal spot for a buyer in search of a refreshing idea.This mixed-use structure on the … END_OF_DOCUMENT_TOKEN_TO_BE_REPLACED