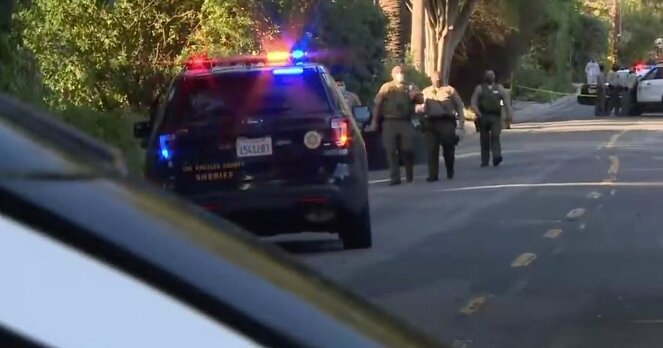 Lieutenant Hall said that detectives found a large hunting knife at the scene. Detectives also learned that a Lexus S.U.V. was missing from the residence. About an hour and a half into the investigation, a man, later identified as Mr. Cotton, returned to the property driving one of the victim’s vehicles.

“He parked the car about a half-mile from the scene,” Lieutenant Hall said, adding that Mr. Cotton walked over and tried to bypass the yellow caution tape that deputies had set up. He identified himself as a resident to the deputies.

Mr. Cotton, who worked at one point as a security guard, was arrested and booked on two counts of murder at the Twin Towers Correctional Facility in Los Angeles. His bail was set at $2 million, according to jail records. He has a court date set for Thursday.

In her years at Pasadena City College, Ms. Brown worked in financial aid and student services, Mr. Boekelheide said. Most recently, she served as the co-coordinator of the school’s Black STEM program, which provides opportunities in science, technology, engineering and mathematics to Black and African-American students through coaching and internships, according to a college spokesman.

Christopher West, an assistant professor of history at the college, described Ms. Brown “as a spirit constantly restless to support the souls and bodies of those marginalized in higher education.”

The homicide is the latest example of attacks being witnessed by people working remotely while using video calls during the pandemic.

In August, Donald Williams, 27, was arrested and charged with first-degree murder in the fatal shooting of his ex-girlfriend Maribel Rosado Morales, 32, in front of her children, including one who was on a Zoom call with her class, Sheriff William D. Snyder of Martin County, Fla., said.

Chief Covelli said Mr. Crimo planned the shooting for several weeks, but that the authorities had not yet established what his motive was. “We have no … END_OF_DOCUMENT_TOKEN_TO_BE_REPLACED

Kevin McKenzie and Martine van Hamel were standing in the dining room of their weekend house in Woodstock, N.Y., trying to figure out when they got … END_OF_DOCUMENT_TOKEN_TO_BE_REPLACED