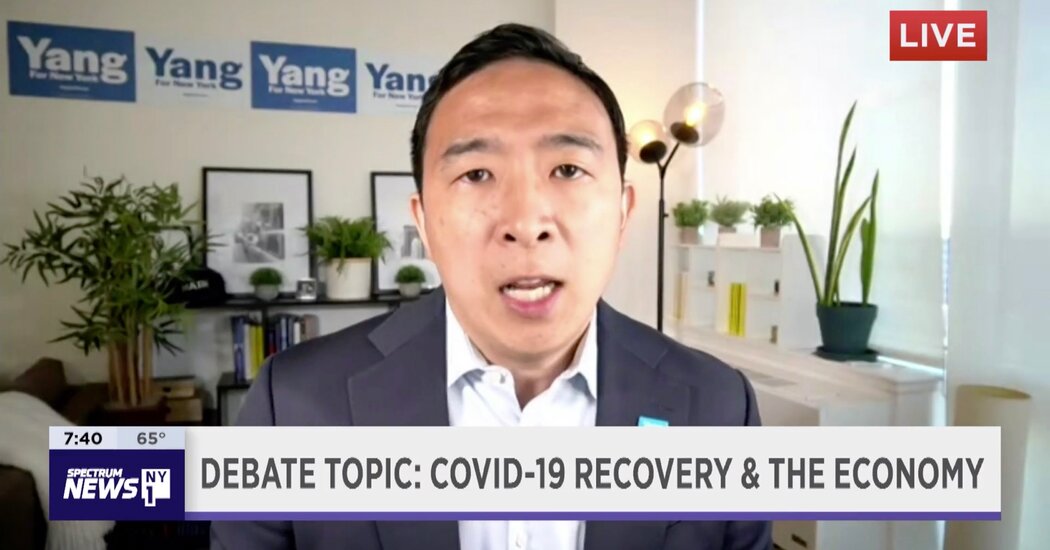 “The fact that you have lived in New York City about a quarter of a century and not voted in a local race was very striking, especially given the very serious issues that were on the ballot throughout those years, including term limits, mayoral control of the schools, the rise and then decline of stop-and-frisk policing, the potential closure of Rikers Island and whether to support major developments in rezoning on the West Side of Manhattan, Downtown Brooklyn and elsewhere. So my question is, why were you absent from those and other key issues over these last couple of decades? And why should voters trust you to engage and care about these key issues now, after all of those years?” “My family is deeply invested here for the most fundamental of reasons, which is that we’re public school parents. Our kids are in school here. We’re walking the same streets as everyone else, and if you don’t feel safe and secure, we have to turn it around. I would include myself in the approximately 76 percent of registered Democrats who voted in gubernatorial and presidential elections. But have not been involved locally. But like many New Yorkers, I see that we’re in a crisis, and so many of us need to step up in new ways and do everything we can to help. Like so many of us right now, we see our cities in a really tough spot, and we all need to do everything we can to help. I’ve certainly been active in other ways. I’ve activated millions in a cash relief movement that has helped get billions of dollars into the hands of New Yorkers. I helped swing those two races in Georgia that have helped deliver the Senate to Senate Majority Leader Chuck Schumer. And thank goodness for that. If you can imagine that if Mitch McConnell were still the Senate majority leader, New Yorkers know that I’ve done things that might not be the traditional city politics route, but that I’ve had a positive impact right here in New York City over the last number of years.

It’s a property that offers a unique open floor plan—plus a hot tub with a view.“It was a Methodist church located in a historic little area of St. … END_OF_DOCUMENT_TOKEN_TO_BE_REPLACED