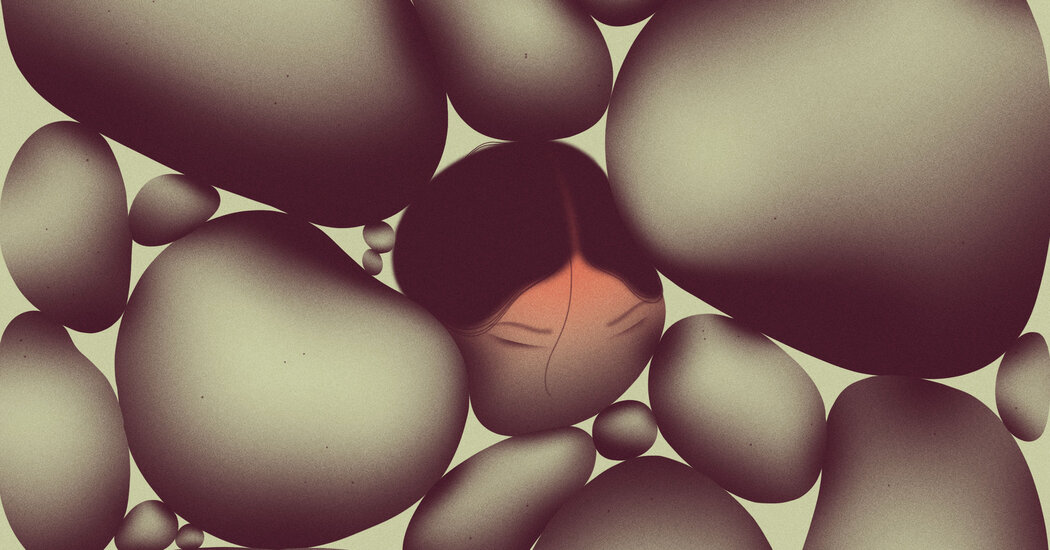 “When my gut broke down, that’s when I thought maybe something’s wrong.”

Most young girls don’t grow up worrying about workplace burnout, but by the time they’re adults, and fully entrenched in careers, many will experience it. Over half of women surveyed in a 2021 CNBC and SurveyMonkey poll said their mental health at work was suffering to the point of burnout.

For women of color, the numbers are worse. Black women experience accelerated “biological aging” in response to repeatedly encountering stress. While 9.8 million working mothers in America experience workplace burnout, it’s more pronounced for Black, Latina and Asian mothers, according to the largest study on working parents to date.

It’s a recipe for burnout, which the psychologist Christina Maslach defines as “a psychological syndrome emerging as a prolonged response to chronic interpersonal stressors on the job. The three key dimensions of this response are an overwhelming exhaustion, feelings of cynicism and detachment from the job, and a sense of ineffectiveness and lack of accomplishment.”

Two friends from childhood, Dr. Yumiko Kadota, a surgeon in Sydney, Australia, and the author of “Emotional Female,” and Ruchika Tulshyan, a Seattle-based journalist and the author of “The Diversity Advantage,” discuss how compounded stress leads to burnout, and how to get through it.

Their conversation — their first since they were classmates in Singapore 20 years ago — has been condensed and lightly edited.

bamboo ceiling because there’s just so many stereotypes about us.

Ruchika: It’s been tremendously hard to see the anti-Asian hate and violence in the U.S. How is it in Australia?

Yumiko: I’ve grown up feeling a lot of anti-Asian hate here in Australia. And racist comments from politicians have escalated the anti-Asian hate over the past year. I remember feeling self-conscious on public transport at the start of the pandemic when masks were not yet mandatory. I chose to wear one, but was worried that it made me look like I had the virus.

Black Lives Matter protests here because we have a huge problem with discrimination against Indigenous Australians, including the high number of deaths in police custody. It’s not too dissimilar from the police brutality against Black people in the U.S.

Ruchika: I’m writing a book about women of color at work. Every woman I interviewed spoke about how she felt both invisible and visible at the same time. This becomes even stronger as you progress — you don’t want to ruffle feathers by being too ambitious. What’s your take?

Yumiko: I enjoyed most of my medical internship, but when I became a resident I realized there were other kinds of power dynamics at work. I was told that I was acting too confident. I don’t know whether I got that feedback because I am an Asian woman or because I was in a junior position and someone in a position of power was trying to put me down.

Ruchika: Your book details perfectionism in a way that feels really familiar to me as an Asian woman working in the U.S. You wrote about practicing and mastering hand ties [surgical knots] obsessively long before your mostly white peers in medical school did. When I was starting out as a journalist I put this immense pressure on myself to deliver breaking news stories so that I would not be considered “less than” the male journalists. In medical school, did you ever see men struggle?

Yumiko: You know, I don’t think I saw any man struggle. Some of them were lucky to have women at home, supporting them. I was living on my own, I was single and it was a lot harder to do everything by myself.

Ruchika: In your book, you detail your chronic fatigue. When did you know it was time to tell your bosses you were overworked?

Research shows health care workers are at risk for greater burnout, stress and depression. And you yourself refer to your former workplace as a toxic environment. You were doing ten 24-hour shifts every two weeks and working over 100-hour weeks. You described getting a call — after working a 24-hour shift — at 3 a.m. for a nonurgent matter and being (understandably!) upset about it. Then the guy on the other end called you an “emotional female.” I was foaming at the mouth when I read that, because we all know no man would be called that! There was also the part where a patient thought you were a nurse just as you were getting ready to operate on them! When you brought up how toxic everything was to your managers, they just told you to be stronger. Do you think you would have been treated differently if you were a white man?

Yumiko: Most of the time I forget the fact that I am an Asian woman. I guess I’m just me. But there are reminders, often. I was heckled with kung fu noises when I lived in England during high school. I brushed off the incidents, but over time those little things add up.

After I left medical school, slowly my confidence dropped.

Ruchika: I wrote an article with the writer Jodi-Ann Burey about how impostor syndrome is not inherently a “women’s issue” but a side effect of experiencing sexism and racism. I’ve always thought of myself as confident and strong, but when I experience overwork cultures, sexism or racism, I see myself shrinking to fit in.

Yumiko: I remember catching up with a girlfriend when I was in medical school. She said, “You’ve lost your sparkle.” Those were her exact words. I definitely became quieter and more subservient to my bosses and to the health care system. Until I quit.

the Australian news after reading your viral blog post that exposed how badly junior doctors were being treated by the medical system and the challenges you faced as a woman in medicine. At that time, it sounded like you were planning to leave surgery forever.

Yumiko: Well, I was burned out. I was diagnosed with depression, and I ended up in hospital that year, and my health just continued to deteriorate. I had terrible insomnia; it took 18 months for me to get my sleep back. Overwork disrupts your brain so horribly.

Ruchika: How did you get through it?

Yumiko: I can’t talk about recovery without talking about therapy. We need to normalize it. I was facing such acute trauma that for a while, any reminder of my medical past put me in a really bad place. So learning to cope with that through therapy was really important. But also, physical exercise and the outdoors helped me a lot.

Ruchika: I’m glad you’re back to doing surgeries now at a more manageable pace, while also having a life outside “the knife.” What else helped with your recovery?

Yumiko: When we experience burnout, we need to take a holistic approach to healing. I studied yoga, and read yoga philosophy which helped me reframe how I thought about my identity. When you’re a workaholic, your job becomes your identity. And now I’m learning to define myself beyond that.

Burnout is a serious workplace issue, according to the World Health Organization. Ellen Keithline Byrne cites Maslach’s research and suggests asking yourself three questions to assess whether you may be experiencing burnout:

Work cultures that reward overwork are often the biggest culprits for holding women back from professional progress, not work-life balance, according to the researchers Robin J. Ely and Irene Padavic.

list of resources about workplace burnout and cautions that ignoring job burnout could lead to a host of consequences like excessive stress, fatigue, sadness, anger or irritability. It suggests discussing concerns with a supervisor, seeking support from colleagues or loved ones and practicing mindfulness.

In Her Words is available as a newsletter. Sign up here to get it delivered to your inbox. Write to us at inherwords@nytimes.com.

The Seattle Seahawks are very much still in the running for Baker Mayfield. (Photo by Stacy ... [+] Revere/Getty Images) Getty Images The Seattle … END_OF_DOCUMENT_TOKEN_TO_BE_REPLACED

(CNN) — Kim Kyung-seop recalls going to cheap bars after class with his friends, where they binged on as much makgeolli as possible. "You know the … END_OF_DOCUMENT_TOKEN_TO_BE_REPLACED