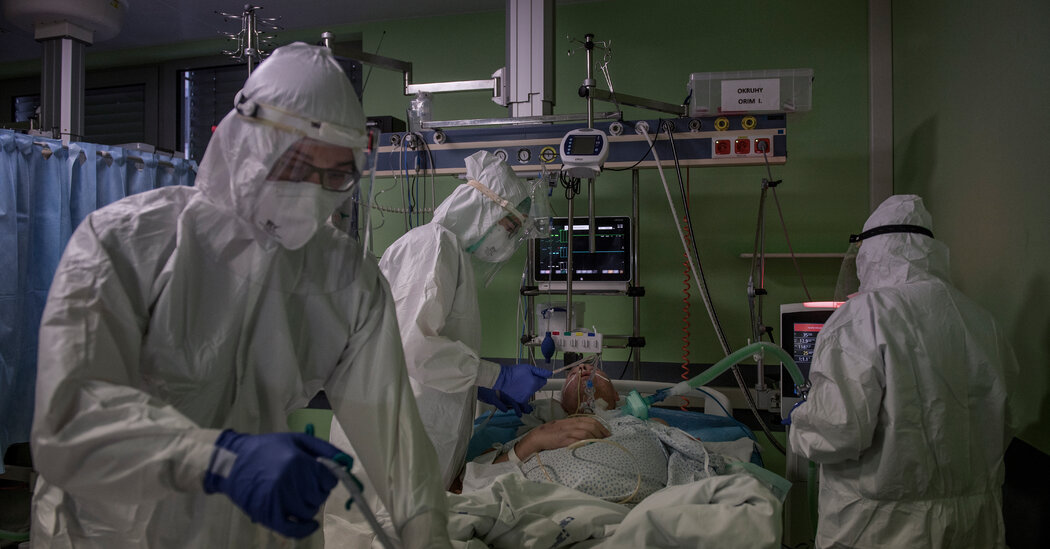 PRAGUE — More than 20,000 white crosses have appeared painted on the cobblestones of a medieval square in central Prague, each representing a victim of Covid-19 — an effort highlighting the ravages of a pandemic that has in recent weeks battered Eastern and Central Europe.

Like many countries in the region, the Czech Republic weathered the first wave of the coronavirus early last year far better than Italy and many other nations in Western Europe. But it has since suffered one of the world’s highest Covid death rates and has struggled over the past month to contain a new wave of infections.

Hungary — whose far-right populist leader, Prime Minister Viktor Orban, last year boasted of his government’s response to the pandemic — is also experiencing record death rates, with over 4,000 fatalities this past month.

The Czech Republic, Hungary, Serbia and other countries in the region lifted pandemic restrictions last summer after successful initial efforts to the contain the virus. But with cases and deaths climbing in recent weeks, they are now scrambling to reverse the damage.

the European Union’s stumbling efforts to order and distribute vaccines, the Czech government has sought to get its infection and death rate down by imposing some of Europe’s toughest restrictions.

After a three-week lockdown with shops and schools closed, obligatory testing of employees by companies and restrictions on movement, the number of Covid-10 patients entering hospital has started to drop. That has slowly eased the burden on hospitals that were last month at the limit of their capacity, and Czech hospitals now report that 12 percent of beds in their intensive care unit are unoccupied.

Petr Smejkal, the chief epidemiologist at Prague’s Institute of Clinical and Experimental Medicine, blamed what he described as a series of misjudgments by the authorities for his country’s bleak record.

“Firstly, we missed the beginning of the second wave and failed to contain the surge of infections at the end of the summer,” he said. “Secondly, we relaxed restrictions before Christmas, and thirdly, we insufficiently tracked the British mutation at the beginning of January.”

“Sadly, the government did not listen to its experts,” he added.

The Hungarian government had been particularly resistant to the advice of experts who called for greater vigilance in response to the crisis. It has instead sought public opinion on the issue of reopening via an online questionnaire.

A report by Politico this month found that Hungary, despite having Russian, Chinese and Western vaccines, had one of the lowest coronavirus inoculation rates in the European Union.

“Obviously, it would be much more effective to involve the municipalities” in the vaccine rollout, Mr. Karacsony said. “But they won’t do it, because they don’t want the opposition to capitalize on it.”

Phil Shell loves the Bay Area and its real estate market. He’s been building his career here as an agent over the past eight years, but even he hasn’t … END_OF_DOCUMENT_TOKEN_TO_BE_REPLACED

DS4 Cross DS The Plug-in hybrid seems the perfect answer to the electric car dilemma; battery power for all your local needs and a traditional motor … END_OF_DOCUMENT_TOKEN_TO_BE_REPLACED