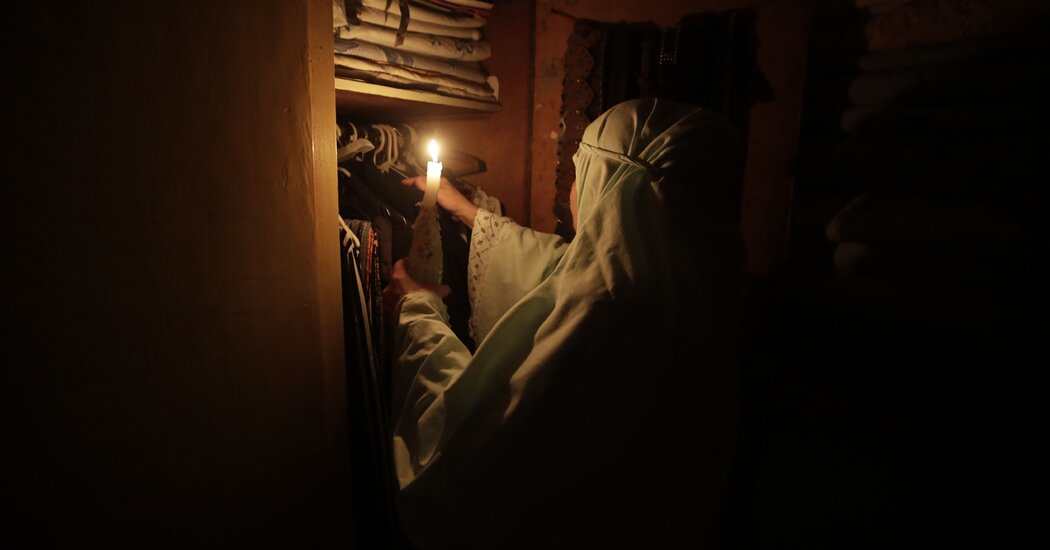 “Cards was my childhood, how can I hate it?” Raoul said recently. “And I was the best.”

One night, as Raoul slept — his bedroom window had the dining table nailed to it, to protect against snipers — bombing started. His mother cried out for him, looking frantically until they found Raoul, then 5, crying while hugging a framed photo of the Virgin Mary that had fallen from the wall, praying for his life. He developed a stutter after that.

“When I left Lebanon, I left. I only took my stutter with me,” said Raoul, who has lived in the United Arab Emirates and Poland since leaving Lebanon. “That’s it. That’s the baggage I took with me.”

I was lucky. I did not grow up in Lebanon, at least not full time, as my father worked abroad, waiting for the war to end and the chance to move back.

Yet every summer, no matter what happened — an Israeli invasion, the suicide bombing that killed hundred of U.S. Marines — we went back, to be with our family, to hold their hands and say: We have not abandoned you. It was the most twisted of survivor’s guilt, a role I played every summer until we moved back to Lebanon in the early 1990s when I was 10.

We had our close calls during those summer visits. In 1985, my mother took my siblings and me to run an errand and she pulled off the highway to take another route. Seconds later, a giant explosion ripped through where our car had been idling, killing at least 50 people. We watched the wounded flee, blood streaming down their faces.

Many are left wondering how their adult lives would be better if their childhoods had been different.

For Abed Bibi, a 58-year old married to a friend of mine, he cannot handle the dark.

AUSTIN, Texas--(BUSINESS WIRE)--As the first multifamily management company to be recognized in the Public Relations and Marketing Excellence Awards, … END_OF_DOCUMENT_TOKEN_TO_BE_REPLACED

There have been whispers of cooling housing and rental prices in the San Francisco Bay Area, but that hasn't yet translated into practical, noticeable … END_OF_DOCUMENT_TOKEN_TO_BE_REPLACED

Cars pass in Independence Square at twilight in Kyiv, Ukraine, Monday, Oct. 31, 2022. Rolling ... [+] blackouts are increasing across Ukraine as the … END_OF_DOCUMENT_TOKEN_TO_BE_REPLACED