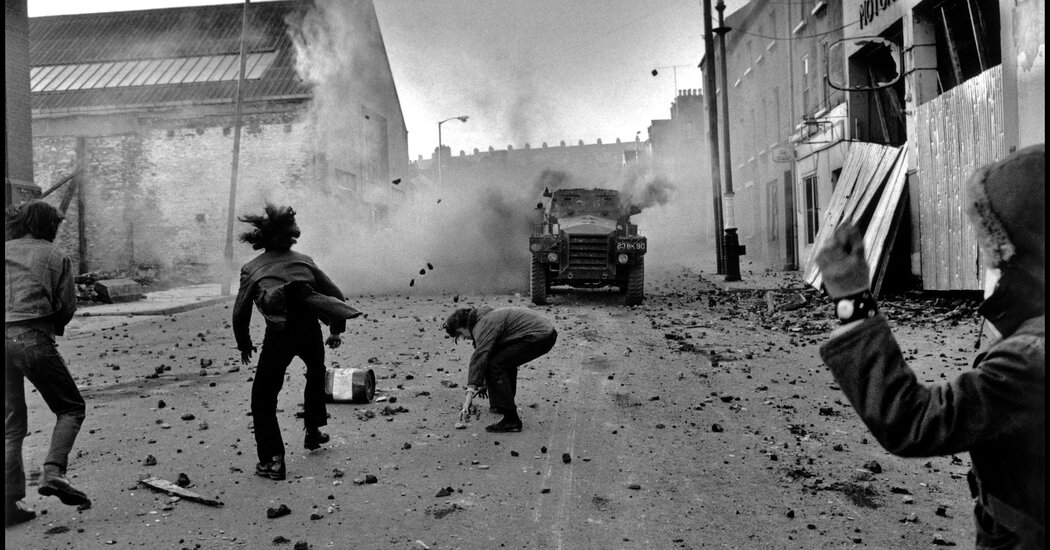 The events themselves took a matter of minutes to unfold in a paroxysm of one-sided gunfire that snuffed out more than a dozen lives, each one of them a new martyr in Northern Ireland’s somber annals of loss. But the effort to unravel what happened in those brief moments — to parse the antecedents and the outcomes, to trace the lines of command on the grisly day that became known as Bloody Sunday — devoured years of costly inquiry.

And when the questioning was done, the conclusion was drawn by some that the killings by British soldiers on Jan. 30, 1972, had earned a place alongside the Sharpeville shootings in South Africa in 1960 and the Tiananmen Square killings in Beijing in 1989 as exemplars of lethal violence in the name of a state, directed against those who sought to defy its writ.

The failings were legion, committed by a unit of the British military once known for its gallantry and prowess in theaters of conflict as far-flung as Arnhem in the Netherlands during World War II and the Falklands in 1982. Much soul-searching and much obfuscation swirled around the central question of whether, as some of the soldiers initially insisted, they had opened fire in response to an armed and potentially lethal attack by the outlawed, underground Irish Republican Army.

determined in June 2010. None of the fallen — 13 were killed that day, and one died of injuries later — posed “a threat of causing death or serious injury, or indeed was doing anything else that could on any view justify” the firing of over 100 rounds of military-grade ammunition from automatic rifles.

The consequences were enormous, reverberating far beyond the hardscrabble Northern Ireland city of Derry, known to British officials and many members of its Protestant minority as Londonderry, where the bloodletting exploded. Four years earlier, in 1968, in the same mean streets of the city’s Bogside district — a crucible of anti-British sentiment — a civil rights march had dissolved into violent confrontation among mainly Roman Catholic protesters and the mainly Protestant police force, the Royal Ulster Constabulary. The clashes signaled the start of what became known as the Troubles, three decades of tangled sectarian strife that drew Britain’s army into the territory.

From then until the Good Friday peace agreement of 1998, more than 3,500 people died, caught up in the mutually exclusive visions of those, mainly Catholic, who were seeking a unified Ireland, and largely Protestant unionists who were committed to ever deeper ties with mainland Britain.

Jan. 30, 1972, began in familiar ways. Civil rights activists had signaled their plans to demonstrate against the recently introduced British practice of interning people without trial. The authorities outlawed the demonstration, but it went ahead anyhow.

Protesters, who were overwhelmingly Catholic, lobbed rocks at the army. The army responded with rubber bullets, tear gas and a water cannon. Back from the fray, a top commander of the paratroopers issued orders for his troops to arrest suspected rioters without pursuing peaceful protesters too closely.

The spasm of killing unfolded with chaotic speed. “Only some 10 minutes elapsed between the time soldiers moved in vehicles into the Bogside and the time the last of the civilians was shot,” said the report, written by Lord Saville of Newdigate, an eminent British judge, whose inquiry had taken 12 years and cost an eye-watering $280 million.

“Bloody Sunday was a tragedy for the bereaved and the wounded, and a catastrophe for the people of Northern Ireland,” it concluded.

In the week after the shootings, in the Republic of Ireland, a crowd burned down the British Embassy in Dublin. Protests against the killings spread as far as Chicago. And in Derry itself, huge crowds turned out for the funerals of 11 of the 13 killed on Bloody Sunday.

Jackie Duddy, 17, a boxer whose image — he was carried away by a small clutch of people, including Father Daly — became as much a totem of the day’s horrors as the photograph of Hector Pieterson, a 12-year-old South African schoolboy who was shot and killed in Soweto in 1976 when the police opened fire on Black students protesting apartheid-era education. In the imagery of Bloody Sunday, the 17-year-old seems limp, and Father Daly waves a bloodstained handkerchief as an impromptu flag of truce.

13 to die on the day — photographed in a pool of his own blood — was Bernard McGuigan, 41, a factory worker who was shot in the back of the head as he went to help Patrick Doherty, 31, a civil rights activist and factory worker who had been shot as he tried to crawl to safety.

In theory, each of the British soldiers directly involved in the shootings — none of whom was ever officially identified by name or put on trial — had been issued rules of engagement listed on a so-called Yellow Card that set narrow limits for opening fire. Those restrictions were largely ignored, the Saville report said.

Of the 13 who died on Jan. 30, only one, Gerald Donaghey, 17, a member of the youth wing of the I.R.A., was found to be in possession of nail bombs. He was killed by a bullet that had already passed through the body of Gerard McKinney, 35, a soccer team manager, who also died. Mr. Donaghey had not been trying to throw nail bombs when he became collateral damage, according to the Saville inquiry; he was running away from the soldiers.

finally offered an apology, calling the killings “unjustified and unjustifiable.”

But such wounds are slow to heal. Just in the run-up to Sunday’s commemoration, taunting the survivors, someone clambered up light poles in Derry to unfurl the regimental banner of the Parachute Regiment. A full half-century after the killings, the symbols of division and hostility still held their potency.

AUSTIN, Texas--(BUSINESS WIRE)--As the first multifamily management company to be recognized in the Public Relations and Marketing Excellence Awards, … END_OF_DOCUMENT_TOKEN_TO_BE_REPLACED

There have been whispers of cooling housing and rental prices in the San Francisco Bay Area, but that hasn't yet translated into practical, noticeable … END_OF_DOCUMENT_TOKEN_TO_BE_REPLACED

Cars pass in Independence Square at twilight in Kyiv, Ukraine, Monday, Oct. 31, 2022. Rolling ... [+] blackouts are increasing across Ukraine as the … END_OF_DOCUMENT_TOKEN_TO_BE_REPLACED