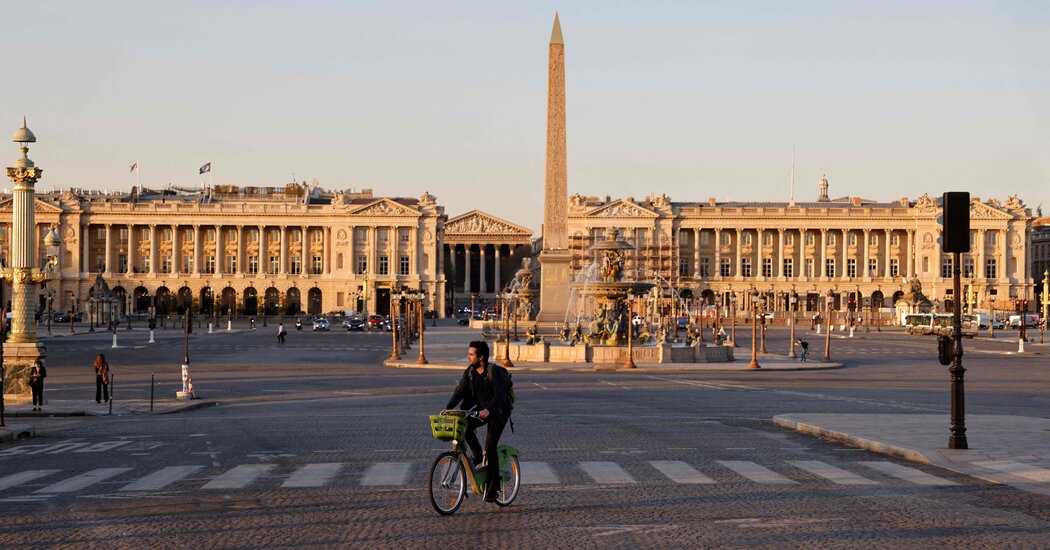 PARIS — More than a year after the government in France ordered its first national lockdown to fight back the Covid-19 pandemic, the authorities now seem to have little choice but to do the same again, as infections rise sharply across the country and hospitals in Paris are overflowing.

President Emmanuel Macron will address the country at 8 p.m. on Wednesday and is expected to announce new restrictions, possibly bringing in a third national lockdown, which he has long tried to avoid.

France on Tuesday reported more than 5,000 people in intensive care units for the first time since last April, with bed shortages in hospitals in the most affected areas becoming acute. And the slow vaccine rollout has not prevented an outburst of infections, as an average of about 37,000 daily new cases have been reported over the past week.

“The outlook is worse than frightening,” Jean-Michel Constantin, the head of the intensive care unit at the Pitié-Salpêtrière hospital in Paris, told RMC radio on Monday.

New restrictions were introduced on the regional level in mid-March in an attempt to stave off a third wave of infections, affecting about a third of the population, including the Paris region. The rules forced businesses that are considered nonessential to close, ordered residents to limit their outdoor activities to places within six miles of their homes and banned travel to or from regions where infections were rising.

But as infections nonetheless stubbornly rose, pressure has been building on Mr. Macron to implement tougher measures.

Writing in Le Journal du Dimanche, 41 doctors from the Paris region warned that hospitals may soon become so stretched that they will have to choose which patients to try to save.

“All indicators show that the current measures are and will be insufficient to quickly reverse the alarming curve of contaminations,” they wrote.

in the same newspaper, said that he would “look at the effectiveness of the containment measures in the coming days, and we’ll take others if they are necessary.”

In late January, Mr. Macron made a calculated gamble of resisting a new national lockdown, hoping that his government could tighten restrictions just enough to fight back a rise in infections.

That strategy seemed to be working until mid-March, when infections rose sharply and the vaccination campaign failed to gather speed, amid the disarray of the rollout of the AstraZeneca vaccine.

The health authorities on Tuesday said that about 8.3 million people had received at least a first shot of the coronavirus vaccine, or about 12 percent of the total population. The government plans to vaccinate 10 million people by mid-April and 30 million by the summer.

But France still lags behind some other Western countries in its vaccine rollout. Britain has vaccinated 46 percent of its population and the United States 29 percent, according to data from The New York Times.

Many doctors and epidemiologists are calling for a lockdown comparable to that of early 2020, when the authorities enforced some of the strictest Covid-19 restrictions in Europe, ordering people to stay inside except for a few exceptions. Schools, which France has kept open since last June, unlike many of its neighbors, could also be forced to close as the virus is increasingly spreading in classrooms.

SAN FRANCISCO — Cleve Jones has lived in the Castro neighborhood for nearly 50 years, almost from the day he graduated from high school in Phoenix and … END_OF_DOCUMENT_TOKEN_TO_BE_REPLACED

A home inspection can spare you from unpleasant surprises after you buy. After crunching the numbers, searching your favorite neighborhoods, and … END_OF_DOCUMENT_TOKEN_TO_BE_REPLACED