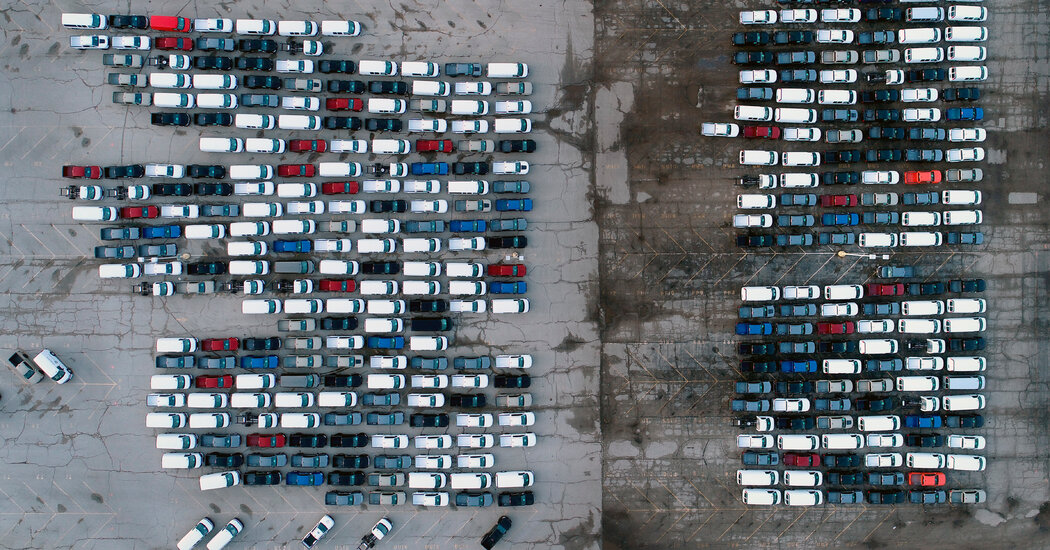 Around the world, auto assembly lines are going quiet, workers are idle and dealership parking lots are looking bare.

A shortage of semiconductors, the tiny but critical chips used to calibrate cars’ fuel injection, run infotainment systems or provide the brains for cruise control, has sent a shudder through the automaking world.

A General Motors plant in Kansas City closed in February for lack of chips, and still hasn’t reopened. Mercedes-Benz has begun to hoard its chips for expensive models and is temporarily shutting down factories that produce lower-priced C-Class sedans. Porsche warned dealers in the United States this month that customers might have to wait an extra 12 weeks to get their cars, because they lack a chip used to monitor tire pressure.

The French automaker Peugeot, part of the newly formed Stellantis automaking empire, has gone so far as to substitute old-fashioned analog speedometers for digital units in some models.

consumer electronics, which tend to be more lucrative customers.

The crisis has exposed not only how dependent the car industry is on a few suppliers, but also how vulnerable it is to disruptions. Supply chain managers shuddered last month when an early-morning fire knocked out production at a factory owned by Renesas Electronics in Hitachinaka, Japan, north of Tokyo. Renesas is a crucial supplier of chips used to monitor brake functioning, control power steering, trigger airbags and in many other tasks.

Storms in Texas earlier in the year temporarily forced the shutdown of three semiconductor factories. And Taiwan is in the midst of a severe drought, analysts at IHS Markit warned in a recent report. Chip manufacturing requires large amounts of very pure water.

Even without a pandemic and supply chain disruptions, the auto industry is in turmoil. In the United States, sales have been basically flat since the early 2000s. Profit margins are slim. Some big automakers may not survive the shift to electric cars.

“If I were a chip manufacturer I wouldn’t start investing in a new plant unless I got free money from the government,” said ManMohan S. Sodhi, who teaches supply chain management at the business school at City, University of London.

Ford Motor said Wednesday that it would keep several U.S. plants idle longer than expected because of the chip shortage.

The auto industry has been paralyzed by supply chain disruptions before. Mr. Källenius recalled an episode when a hurricane struck Puerto Rico and shut down production at a factory that, to his surprise and pretty much everyone else’s, was the only source of a coating essential to some kinds of auto electronics.

The economics of the industry are such that only suppliers with the highest volume survive. Smaller suppliers tend to die out because they can’t produce parts or materials as cheaply as the big players, leaving the industry dependent on one or two manufacturers of high-pressure fuel lines, for example, or a certain specialized plastic.

The current semiconductor shortage may not be the last. The auto industry’s need for semiconductors is expected to explode in coming years because of autonomous driving features and the increasing popularity of electric vehicles, which are more reliant on software than internal combustion engines.

Mr. Källenius said, though, that the most sophisticated chips were not the ones currently giving him headaches. “We are missing the most simple of chips, that maybe only cost cents or dollars,” he said. “That’s holding us up from building a product that costs $75,000.”

Whether you optimistically hope that mortgage rates will decline or are resigned that rates will stay elevated above the historic lows of 2021, you … END_OF_DOCUMENT_TOKEN_TO_BE_REPLACED

A resident of Nikopol, Ukraine, in her backyard last month, with smoke rising from an area on the opposite bank of the Dnipro River. Credit...David … END_OF_DOCUMENT_TOKEN_TO_BE_REPLACED