Want to get The Morning by email? Here’s the sign-up.

Good morning. Why has Covid’s toll been surprisingly low across much of Africa and Asia?

It’s one of the biggest mysteries about Covid-19: Why has the death toll been relatively low across much of Africa and Asia?

The virus has killed a fraction of as many people on those continents — despite their relative lack of resources — as it has in Europe or the U.S.:

higher in many minority and low-income communities.

Globally, though, Covid has been different. In a recent New Yorker article, the physician and Pulitzer Prize-winning author Siddhartha Mukherjee described it as “an epidemiological whodunit.”

in many richer countries. The data suggest that both Delhi and Mumbai have “a much lower Covid death rate than in the U.S.,” Dr. Prabhat Jha, who runs the Center for Global Health Research at St. Michael’s Hospital in Toronto, told me.

In Mukherjee’s article, he described a temporary hospital that local officials in Mumbai set up last year in Dharavi, a sprawling slum there. They closed it after Dharavi suffered far fewer deaths than expected.

A related factor may be the fact that nursing homes — where Covid has often spread from one resident to the next — are more common in Western countries. Outside the West, older people often live in multigenerational households.

Still, age does not seem to be the full answer. Statistical models that include age still find unexpectedly low death counts in many poor countries.

There’s a lesson here for Americans: Schools, stores and workplaces can reduce the spread of Covid by improving their ventilation.

Immunity may not be uniform

Many researchers suspect that this is an important part of the answer. If previous coronaviruses spread more widely in some countries, people’s immune systems there may be better prepared to fight Covid. “There is a lot of circumstantial evidence,” Salim Abdool Karim, a South African epidemiologist, told Reuters, “but there is no smoking gun.”

Soutik Biswas wrote. The large share of asymptomatic infections in India is consistent with this hypothesis, Dr. Gagandeep Kang, a virologist in the southern city of Vellore, told The Financial Times.

If the hypothesis is correct, it could help explain why deaths are lower in Africa and Asia than in much of Latin America.

quickly and aggressively enforced social distancing, mask wearing, contact tracing and mass testing. So did several Asian countries. Ghana, Vietnam and other countries restricted entry at their borders. And a consortium of African nations collaborated to distribute medical masks and rapid Covid tests.

“Africa is doing a lot of things right the rest of the world isn’t,” said Gayle Smith, a former Obama administration official.

Again, though, this seems unlikely to be the main explanation for the relatively low Covid death toll. Several Asian and African countries, including India, have had much more scattered policy responses — as the U.S. and Europe have had.

The full answer to this mystery surely involves multiple explanations. Whatever they are, it’s one of the few ways in which Covid has not been as bad as many had feared. Hundreds of thousands of people across Africa and Asia have still died of this terrible disease. But many others are alive today for reasons that are both unclear and marvelous.

you can read about it in print.

Lives Lived: He was the hockey dad who taught his son to “skate to where the puck’s going and not to where it’s been.” And when an aneurysm robbed him of his memories, he rebuilt his life with family and friends. Walter Gretzky died at 82.

LendingTree, LLC is a Marketing Lead Generator and is a Duly Licensed Mortgage Broker, as required by law, with its main office located at 1415 … END_OF_DOCUMENT_TOKEN_TO_BE_REPLACED

LendingTree, LLC is a Marketing Lead Generator and is a Duly Licensed Mortgage Broker, as required by law, with its main office located at 1415 … END_OF_DOCUMENT_TOKEN_TO_BE_REPLACED 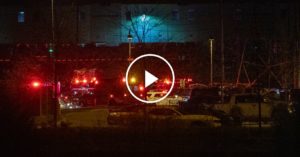