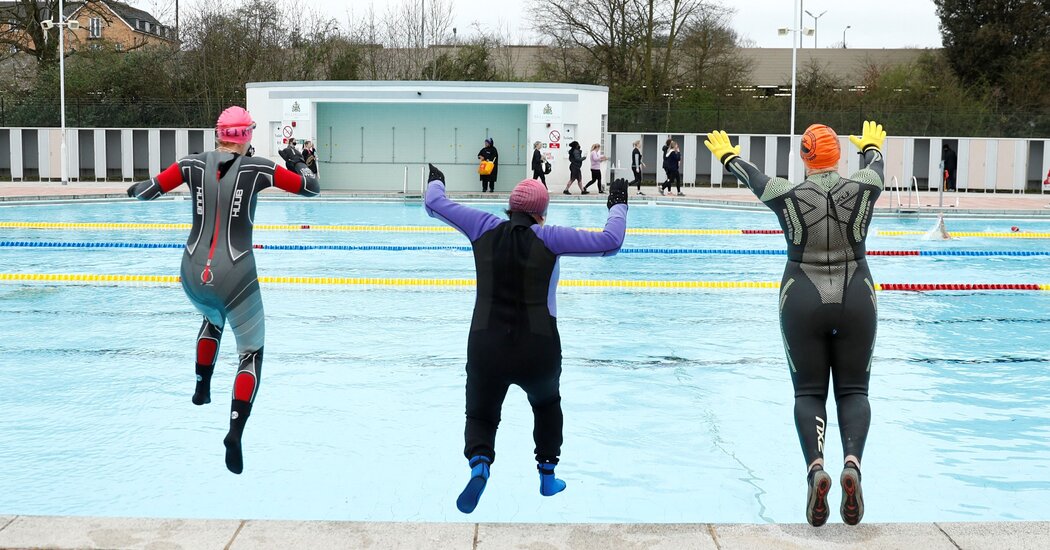 As England took its first step on Monday toward lifting a national lockdown, one piece of news seemed to capture the mood of optimism: just before the regulations were eased, there had been a day with no recorded Covid deaths in London.

The figure for Saturday proved to be not quite the hoped-for zero (another metric recorded two deaths that day and a single death on Sunday), but that did little to dampen the sense that the country was turning a corner.

Helped by clear spring skies in the capital on Tuesday, there were signs that the city was edging back to life after a long hibernation. Stores raised shutters and laid out goods in windows. Restaurants set out chairs. Traffic along the Thames was picking up, with the ferries starting to carry passengers.

And in parks across the city, people gathered to bat around a ball, socialize with friends or simply bask in the sun.

Still, the anticipation that the worst of the pandemic could be over was tempered by warnings from officials that, with many European countries in the grip of a fresh wave of cases, the lull in Britain could be short-lived.

Prime Minister Boris Johnson said, “What we don’t know is exactly how strong our fortifications are.”

“Historically, there’s been a time lag,” he added, “and then we’ve had a wave ourselves.”

Vaccinations have helped create a wall against new infections, and that protection would strengthen with the second dose, according to England’s chief medical officer, Chris Whitty, on Monday.

GREENVILLE, N.C.--(BUSINESS WIRE)--Employers aiming to win the war on talent have a new “A” team to tap into: college and professional athletes. … END_OF_DOCUMENT_TOKEN_TO_BE_REPLACED

Mortgage rates are likely to rise in July, extending a seven-month streak. High inflation, and the Federal Reserve's efforts to control it, have … END_OF_DOCUMENT_TOKEN_TO_BE_REPLACED