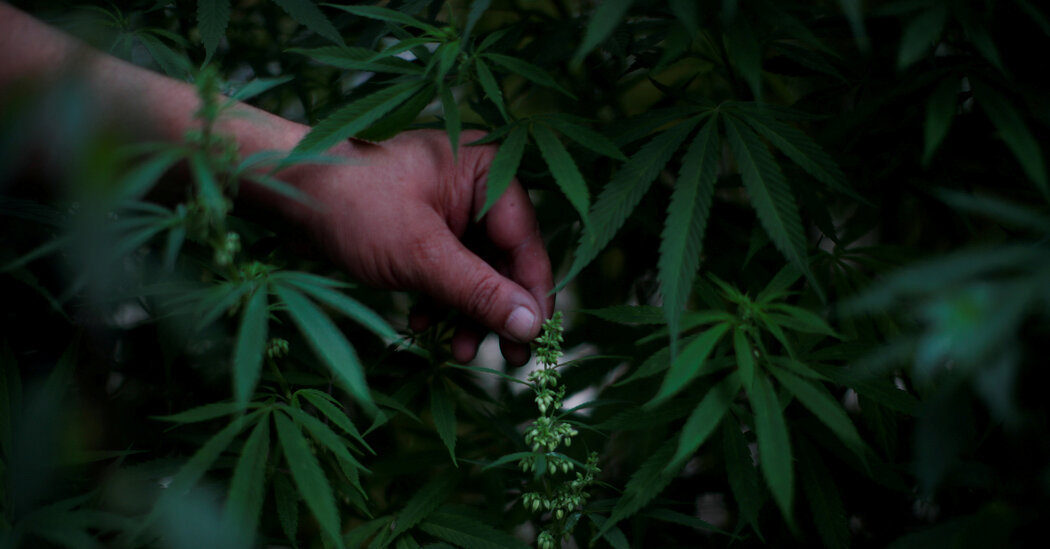 MEXICO CITY — Mexico, a country carved up by cartels for decades, is poised to take a major step in drug policy. This week, the lower house of Congress approved a landmark bill to legalize recreational marijuana, which would make it the world’s largest legal market for the drug.

With legalization considered all but certain to win Senate and presidential approval, many in the business world are predicting a Mexican green boom: a newly legal industry providing tens of thousands of jobs, millions of dollars in profit for savvy entrepreneurs and welcome tax revenue for the government.

But many business analysts and economists are wary, and caution that the cannabis industry here is more likely to be a green blip than a boom. Opening a licit market would matter more legally and symbolically than economically, they argue, citing relatively low domestic demand and little chance of exporting the product, as well as seemingly restrictive regulatory measures.

“It’s hard to see any obvious broad effects” on the Mexican economy, said Jeffrey Miron, an economist at Harvard University. “You will see a little bit of a bump in measured G.D.P.,” he added, but “people claiming that it will be a big boost to the economy through legalization, I don’t think that makes sense at all.”

Erick Ponce, a Mexican entrepreneur and president of the Cannabis Industry Promotion Group, a local research and advocacy group.

“We definitely see it as an important economic boost for the country especially in the middle of a pandemic,” Mr. Ponce added.

According to a January report from a cannabis data analysis company, New Frontier Data, the Mexican marijuana industry could be worth as much as $3.2 billion dollars annually, and major cannabis companies like Canada’s Canopy Growth are already eyeing the market.

its own legalization in 2018, investors and analysts predicted a surge in cannabis cash, but the business has not been a rousing success.

national statistics agency estimated that consumers spent $918 million Canadian dollars (about $736 million U.S. dollars) on legal weed products, considerably less than was predicted before legalization. Earnings have been sluggish and most producers are still reporting losses worth millions. In December, Canopy Growth announced it was closing five facilities and laying off more than 200 employees in a bid to speed up profitability.

“The green rush part hasn’t materialized,” said Michael Armstrong, an associate professor at the Goodman School of Business at Ontario’s Brock University. “It’s been a positive boost for Canada, but not a dramatic one by any means.”

Official figures indicate that Canada, with a much smaller population, has many more regular users than Mexico: Prior to legalization, around 15 percent of Canadians said they had smoked marijuana in the past three months, according to the national statistics agency, a consumer base of more than 5 million potential users.

By contrast, a 2016 Mexican government study found that only about 1.2 percent of the population aged 12 to 65 said they had smoked pot in the previous month, and 2.1 percent, about 1.8 million, in the previous year.

The new law’s strict licensing requirements for cultivating, packaging and selling marijuana could keep small farmers and vendors out of the licit market, according to Mr. Romero.

“With the rules they want to apply, which are super restrictive, they’re going to open up a tiny market,” he said. “They’re rules that are so strict, with a barrier for entry that’s so high, that few are going to opt for entering the legal market.”

California, which legalized recreational marijuana in 2018, has had similar teething troubles: In the first year of legalization, legal vendors in the state sold $500 million dollars less worth of marijuana than in the year prior, when it was only permitted for medical use.

Strict regulation and high taxes kept the majority of California’s producers and vendors in the gray or black market, according to Daniel Sumner, director of the agricultural issues center at the University of California, Davis. In many communities, marijuana-related businesses faced fierce local opposition.

may be in medicinal cannabis, which has been legal in Mexico since 2017, as well as industrial hemp, which the new bill also regulates and could be used to produce everything from plastics to paper.

“The market for marijuana is a very small market,” said Guillermo Nieto, president of the National Association for the Cannabis Industry, a Mexico City-based trade group. “Agriculturally, it’s not going to help us like the legalization of industrial hemp.”

In the short-term, some businessmen say, Mexico’s biggest gains may be doing what Mexico already does best: manufacturing — in this case, potentially producing cannabis products like nutritional supplements and cosmetics.

Still, the greatest impact may be more symbolic than monetary: As the largest economy to legalize the drug to date, Mexico, with about 128 million people, could encourage other countries, including its northern neighbor, to follow suit.

“Sometimes it’s nerve-racking to be the first person to take a step into a pond that might be infested with sharks,” said Mr. Miron, the Harvard professor. “But if four or five other people have done it and it’s OK, then more people are going to give it a try.”

MIAMI--(BUSINESS WIRE)--Intelli Smart Homes, the leading smart home technology company, has been recognized as one of America’s fastest-growing … END_OF_DOCUMENT_TOKEN_TO_BE_REPLACED

Customers outside a Walmart store in Torrance, California, US, on Sunday, May 15, 2022. Walmart Inc. is scheduled to release earnings figures on May … END_OF_DOCUMENT_TOKEN_TO_BE_REPLACED

The past few years have been brutal on homebuyers' budgets. Would-be buyers have been priced out of some of the most desirable neighborhoods thanks to … END_OF_DOCUMENT_TOKEN_TO_BE_REPLACED