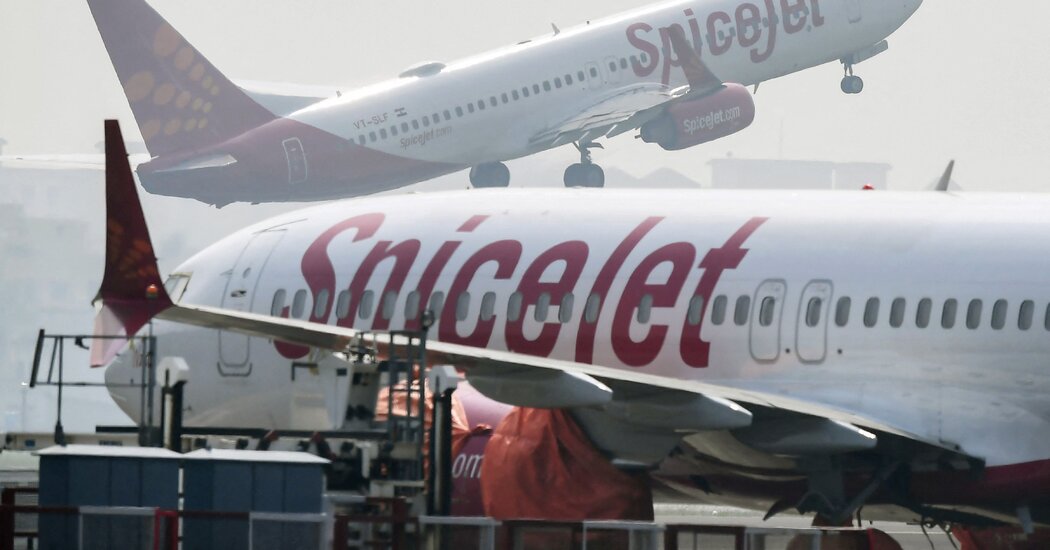 The authorities in southern India are investigating a couple who are reported to have chartered a plane and performed a marriage ritual in midair in front of scores of guests, a breach of Covid-19 guidelines in a country that is being devastated by a second wave of the coronavirus.

The couple had intended to tie the knot in front of family and friends at a hotel in the southern state of Tamil Nadu, but coronavirus restrictions capped the guest list at 50 people.

Instead, according to reports in the Indian news media, the couple chartered a commercial aircraft operated by SpiceJet, an Indian carrier, and boarded the plane on Sunday morning along with about 160 people. The flight traveled from Madurai in Tamil Nadu to the city of Bangalore, a journey of more than an hour.

Family members of the couple, whom the authorities have not named, told the airline that they had already gotten married and were taking their guests on a postnuptial joy ride.

the global highs of recent weeks. For the 12th consecutive day, the number of people recovering from the virus outnumbered new infections, according to national data, although experts believe that India’s tallies of infections and deaths are significantly lower than the true toll.

Tamil Nadu has India’s fourth-highest coronavirus caseload. The state is averaging 34,000 new cases daily, and recorded 422 deaths from the virus on Monday.

AUSTIN, Texas--(BUSINESS WIRE)--As the first multifamily management company to be recognized in the Public Relations and Marketing Excellence Awards, … END_OF_DOCUMENT_TOKEN_TO_BE_REPLACED

There have been whispers of cooling housing and rental prices in the San Francisco Bay Area, but that hasn't yet translated into practical, noticeable … END_OF_DOCUMENT_TOKEN_TO_BE_REPLACED

Cars pass in Independence Square at twilight in Kyiv, Ukraine, Monday, Oct. 31, 2022. Rolling ... [+] blackouts are increasing across Ukraine as the … END_OF_DOCUMENT_TOKEN_TO_BE_REPLACED