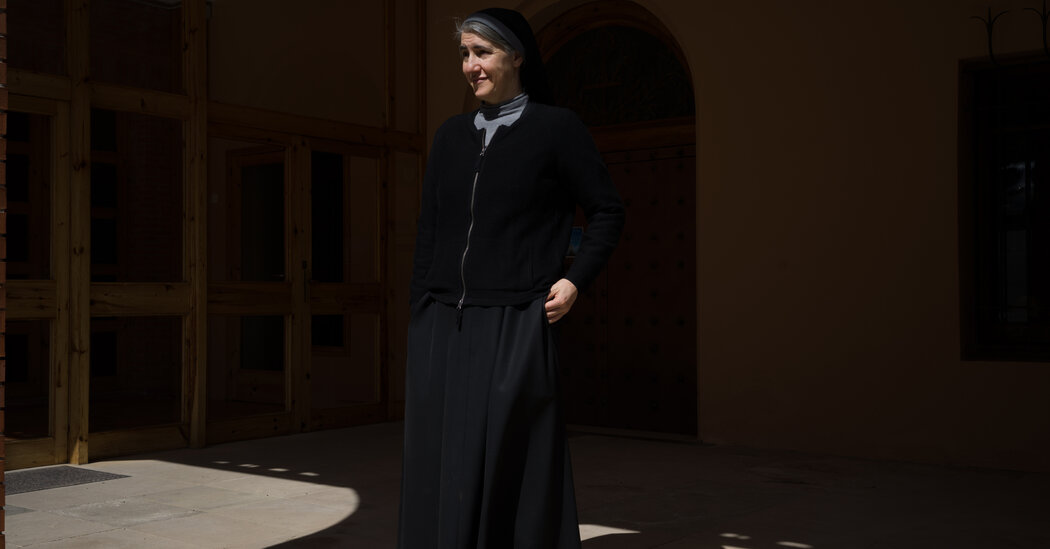 She became a fixture on Spanish television, appearing in her nun’s habit to advocate independence for her native region of Catalonia, and to debate other hot-button topics, including vaccines. She had trained as a doctor, partly in the United States and argued that vaccinations might one day pose a danger to a free society.

Now a decade later, with the coronavirus having swept the world, she believes that day is here. She is warning against the use of coronavirus vaccines, even as scientists and elected leaders worry that anti-vaccine sentiment could threaten Europe’s recovery from the pandemic.

“It’s always important that criticism is possible, to have dissenting voices,” she said of her views, which center as much on her doubts about the vaccines as her right to question them in public. “The answer cannot be that in the time of a crisis, society cannot allow the criticism — it’s precisely then that we need it.”

In the world of vaccine skeptics, Sister Teresa, who was born in 1966 to a nurse and a commercial agent, is hard to categorize. She acknowledges that some vaccines are beneficial, but opposes making them mandatory. Her misgivings about coronavirus vaccines largely stem from her view that pharmaceutical companies are not to be trusted, and the clinical trials were rushed.

She draws credibility from her nun’s habit and medical training, which has made her especially appealing to conspiracy theorists and far right groups that seek to undermine public confidence in vaccines by spreading half truths that are sometimes mixed with facts, nuanced and delivered by people with credentials that give their voice the imprimatur of authority.

José M. Martín-Moreno, a professor of preventive medicine and public health in Spain who has been critical of Sister Teresa, said she cloaks her challenges to prevailing scientific wisdom under the guise of scientific debate and her right to criticize.

blood clots in a small number of people who received the AstraZeneca and Johnson & Johnson vaccines has led some governments to pause or limit both shots — and to increased vaccine hesitancy.

In the Spanish capital, Madrid, in the days after the government raised the age threshold for the AstraZeneca shot over concerns about its effectiveness, only a third of people showed up for their vaccine appointments, officials said. The country is at the start of what appears to be a fourth wave of infections.

Despite her relative isolation in the convent, Sister Teresa’s message is increasingly reaching people across Spain.

A 120,000-member group in Spain known for far-right conspiracies often spreads her controversial advice about coronavirus treatments on the Telegram messaging app. Another popular group that even denies the existence of the pandemic recently praised a Facebook video in which she questioned the safety of coronavirus vaccines.

Sister Teresa, though staunchly leftist, doesn’t distance herself from right-wing followers, calling her distrust of some vaccines a “transversal question able to reach a wide spectrum of people.”

patent dispute between African governments and drugmakers over AIDS medication.

“I was in shock,” she said in the interview, because she had believed that pharmaceutical companies work for the good of humanity.

a pandemic. Governments began discussing a mass vaccination campaign, and which corporations they might work with.

Sister Teresa spoke out against those efforts in an online video that received 1.2 million views and was translated into eight languages before Vimeo, the video-streaming platform, removed the channel where it was posted.

In the 55-minute broadcast, she appeared in nun’s habit and introduced herself as a physician. At first, she echoed established science, saying that the virus was less deadly than past flu outbreaks. Then she took a turn into conspiracy theory.

mistakenly mixed two strains of flu in a laboratory, resulting in the deaths of test animals. Baxter, which later produced a swine flu vaccine, said that no one had been hurt, but experts said at the time that they were troubled by the mistake.

But in her mind, a lab mistake became something more sinister and suspicious: Sister Teresa, in the video, alleged without evidence that Baxter might have been trying to manufacture new viruses with the aim of profiting from potential vaccines, especially if their use became mandatory.

“How is it possible that they could force me to take a vaccine that I don’t want?” she said.

secret contracts, at prices many times what they should be,” she said of companies producing the coronavirus vaccines.

Dr. Martín-Moreno, who has worked with the World Health Organization, shares her concerns about the contracts. He said that some frustration about the AstraZeneca coronavirus vaccine trials — whose results have been widely questioned for having used outdated information, among other issues — was merited.

But he added that Sister Teresa has gone too far and that her fame had become dangerous.

Sister Teresa argues that she poses no danger, and that her questions about vaccines, posed long before the pandemic, had simply come before their time.

The thought sometimes frustrated her, she said in an email. “But then I remember Jesus and some of the saints I love and I feel in good company.”

Whether you optimistically hope that mortgage rates will decline or are resigned that rates will stay elevated above the historic lows of 2021, you … END_OF_DOCUMENT_TOKEN_TO_BE_REPLACED

A resident of Nikopol, Ukraine, in her backyard last month, with smoke rising from an area on the opposite bank of the Dnipro River. Credit...David … END_OF_DOCUMENT_TOKEN_TO_BE_REPLACED