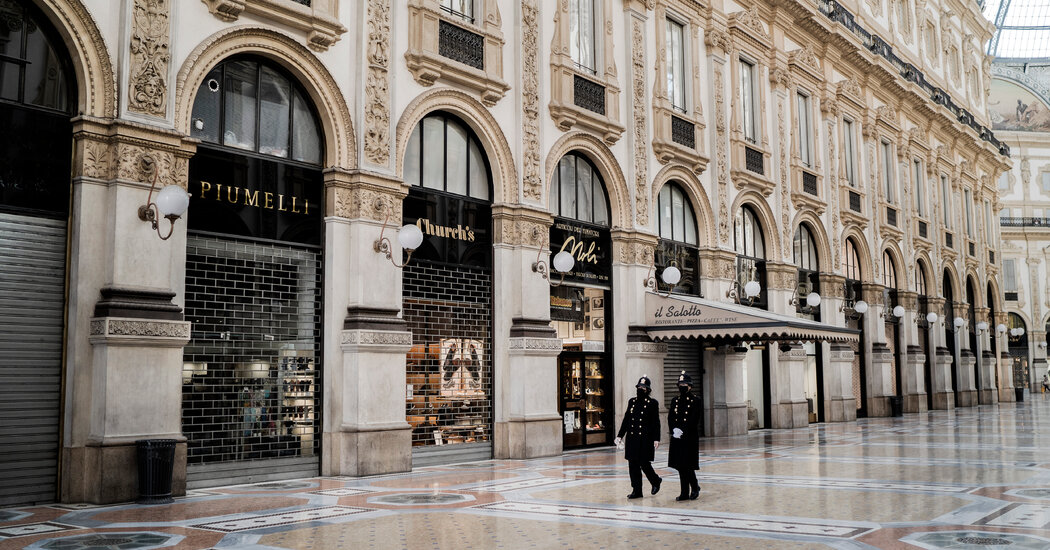 The suspension of the AstraZeneca vaccine by several European countries comes at a perilous moment: just as a third virus wave is cresting over the continent and its vaccine rollouts are lagging.

After reports emerged that a handful of people who had received the AstraZeneca vaccine had developed fatal brain hemorrhages and blood clots, first Denmark, Norway and the Netherlands temporarily halted their use of it. Then France, Germany, Italy, Portugal, Spain and Sweden followed suit on Monday and Tuesday.

Now, officials and immunologists throughout Europe worry that suspending one of the continent’s most commonly available vaccines will cost vital time in the race against dangerous, fast-spreading variants. They also fear that vaccine skeptics could be emboldened.

The European Union’s drug regulator, the European Medicines Agency, said on Monday that it would continue to investigate a possible connection between the AstraZeneca shots and blood clots or bleeding in the brain.

has administered 11 million doses of it. The country’s medicines regulator has not reported any concerns about blood clotting for that vaccine or the Pfizer shot. It said in its latest safety report that “the number and nature of suspected adverse reactions reported so far are not unusual in comparison to other types of routinely used vaccines.”

Michael Head, a senior research fellow in global health at the University of Southampton, said “the decisions by France, Germany and other countries look baffling.” He said that the delay in inoculations, and “the potential for increased vaccine hesitancy,” were not aligned with any new or conclusive data.

In Germany, where a rise in cases is being driven by the more contagious variant first detected in Britain, a lasting suspension of AstraZeneca could delay vaccination of the population by a month, according to the Central Institute for Registered Doctors.

Italy’s prime minister, Mario Draghi, warned on Friday that his country was facing a “new wave of contagion” as cases spike and the variants spread there. Mr. Draghi has put an army general in charge of the vaccine rollout and hopes to increase vaccine doses to 500,000 a day, up from 100,000.

Now, some of the vaccines needed for that drive have been seized by the Italian police on the orders of local prosecutors investigating the death of a teacher who had received the AstraZeneca vaccine. The teacher’s cause of death is unknown.

MIAMI — In a welcome but likely brief victory for supporters of abortion rights, a judge in Florida blocked a state law banning abortions after 15 … END_OF_DOCUMENT_TOKEN_TO_BE_REPLACED

NEW YORK--(BUSINESS WIRE)--Stake, which provides Cash Back and banking services to renters, announced today the completion of its $12 million Series A … END_OF_DOCUMENT_TOKEN_TO_BE_REPLACED

The Sacramento home where Ronald and Nancy Reagan lived during his tenure as governor of California has hit the market for $5 million.Built in 1929, … END_OF_DOCUMENT_TOKEN_TO_BE_REPLACED