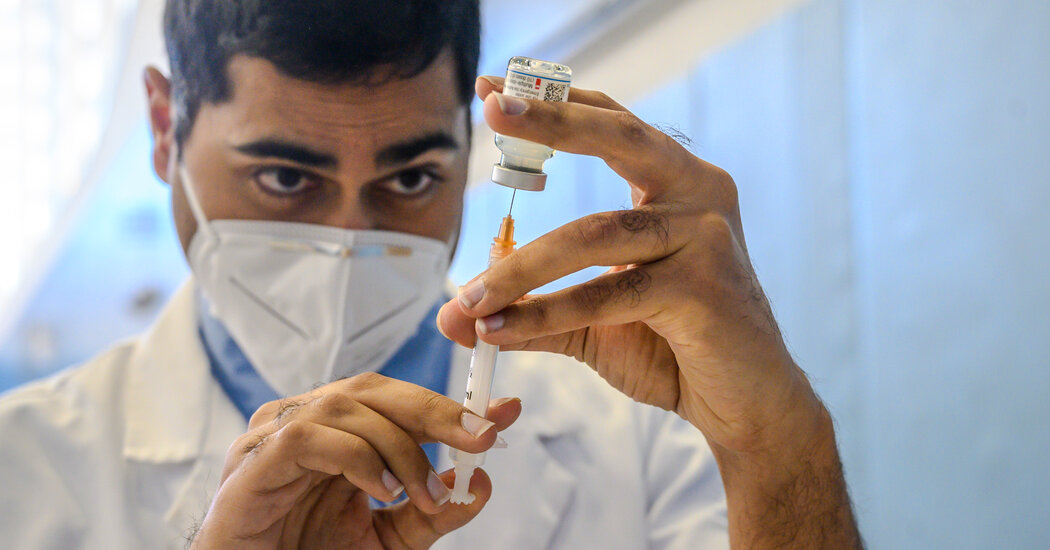 In a city scrambling to vaccinate people against Covid-19, Ambar Keluskar faced a problem that seemed to defy logic: The pharmacist, based in Brooklyn, struggled to find people to take the 200 doses he had on hand this month.

State rules restricted who could get shots at independent pharmacies like his to certain older residents, and fewer and fewer people seemed to be scheduling appointments. The problem was even more vexing because his pharmacy, Rossi Pharmacy, draws many customers from East New York — a community that has been hit hard by the pandemic, and whose vaccination rate lags behind other parts of New York City.

Mr. Keluskar’s pharmacy spent hundreds of dollars on Facebook advertisements to let people know that he had available doses. He asked community leaders to spread the word. Then he decided to try a different approach: Instead of waiting for people to come to the pharmacy, he would take his doses to them.

Vaccine providers and would-be recipients alike have been confronted by bureaucratic eligibility rules, a shifting understanding of the virus and a sign-up system that can be prohibitively complex. Vaccinations have been slower to reach many communities where the virus has inflicted the highest toll, and where people may not have the time or resources to easily sign up for appointments.

In response to these problems, volunteers and community groups have built appointment websites, hosted pop-up clinics at churches and helped eligible neighbors navigate the process.

Among those seeking to fill that void was Mr. Keluskar, who this month vaccinated almost 50 people at a senior affordable housing complex near downtown Brooklyn who were homebound or struggling to find appointments.

“The patients loved it,” he said. “They got to get vaccinated somewhere local.”

MIAMI — In a welcome but likely brief victory for supporters of abortion rights, a judge in Florida blocked a state law banning abortions after 15 … END_OF_DOCUMENT_TOKEN_TO_BE_REPLACED

NEW YORK--(BUSINESS WIRE)--Stake, which provides Cash Back and banking services to renters, announced today the completion of its $12 million Series A … END_OF_DOCUMENT_TOKEN_TO_BE_REPLACED

The Sacramento home where Ronald and Nancy Reagan lived during his tenure as governor of California has hit the market for $5 million.Built in 1929, … END_OF_DOCUMENT_TOKEN_TO_BE_REPLACED