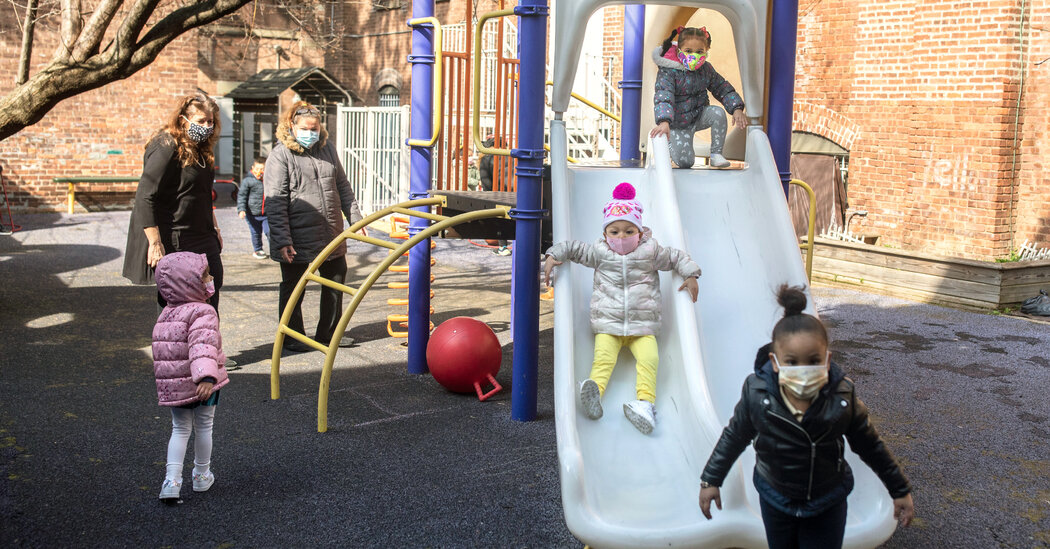 The U.S. population grew by only 7.4 percent over the past decade, the smallest increase since the 1930s, the Census Bureau reported yesterday. This morning, I want to explain why and talk about both the upsides and downsides of slower population growth.

17 percent fewer children than in 1990 — and about 50 percent fewer than in 1960. The U.S. still has a higher fertility rate than Japan and Germany, but it is in the same range as Britain and Sweden and below France and Ireland. There are now more Americans 80 and older than 2 or younger.

Lower levels of immigration can also have upsides. The big wage gains for American workers during the mid-20th century had many causes, including strong labor unions, rising educational attainment and high tax rates on top incomes. But the tight immigration restrictions of that period also played a role.

And the big downsides

Over all, though, the slowdown in population growth is probably a net negative for the U.S. — as both conservatives (like Ross Douthat) and liberals (like Michelle Goldberg) have argued.

For one thing, polls show that many Americans want more children than they are having, as The Times’s Claire Cain Miller has noted. But the slow-growing incomes and a shortage of good child care options have led some people to decide that they cannot afford to have as many children as they would like. The decline in the birthrate, in other words, is partly a reflection of American society’s failure to support families.

will be part of his speech to Congress tomorrow night.)

A second problem with slow population growth involves global affairs. The U.S. now faces the most serious challenge to its supremacy since the Cold War — from China. The future path of the two countries’ economic growth will help determine their relative strength. And population growth, in turn, helps determine economic growth, especially in an advanced economy. To have any hope of keeping up with China and its vastly larger population, the U.S. will probably need bigger population increases than it has recently had.

Viewed in these terms, the population slowdown is a threat to national security. “I don’t know of a precedent for a dynamic country that has basically stopped growing,” The Atlantic’s Derek Thompson has written.

In Matthew Yglesias’s recent book “One Billion Americans,” he argues that the U.S. should rapidly increase legal immigration to lift economic output. “America should aspire to be the greatest nation on earth,” Yglesias, the author of a Substack newsletter, writes. The only realistic alternative for that role is China, an authoritarian country that is jailing critics and committing egregious human rights abuses.

Higher levels of immigration also have a direct benefit: More of the millions of people around the world who want to move to the U.S. get the chance to do so.

More from the census report:

Lives Lived: Helen Weaver fell in love with Jack Kerouac months before “On the Road” rocketed him to literary fame, and recorded their romance in an enduring book of her own decades later. She died at 89.

the first player since Babe Ruth to start a game as a pitcher while also leading Major League Baseball in home runs. Nearly every other modern player is either a hitter or a pitcher. Ohtani is simultaneously one of the world’s hardest-throwing pitchers and best sluggers — and a fleet base runner. He is “a unicorn, a miracle, a revelation unto himself,” Sports Illustrated’s Emma Baccellieri has written.

There is a problem, though. Since moving from Japan in 2018 to join the Los Angeles Angels, Ohtani has often been injured. He has needed arm surgery, and has had knee problems and blisters. Many people have begun to wonder if Ohtani should avoid extra strain and stick to only hitting.

“Everybody’s rooting for him, but if he continues to struggle with regular pitching duties, it’s almost like a Bo Jackson kind of career — we know he’s capable of being a two-way star (in Bo’s case, football and baseball),” our colleague Tyler Kepner told us. “But we only get a taste of it, and we’re always left hungry for more.”

In his appearance last night, Ohtani gave up four runs in five innings — and had two RBIs — as the Angels beat the Texas Rangers, 9 to 4.

AUSTIN, Texas--(BUSINESS WIRE)--As the first multifamily management company to be recognized in the Public Relations and Marketing Excellence Awards, … END_OF_DOCUMENT_TOKEN_TO_BE_REPLACED

There have been whispers of cooling housing and rental prices in the San Francisco Bay Area, but that hasn't yet translated into practical, noticeable … END_OF_DOCUMENT_TOKEN_TO_BE_REPLACED

Cars pass in Independence Square at twilight in Kyiv, Ukraine, Monday, Oct. 31, 2022. Rolling ... [+] blackouts are increasing across Ukraine as the … END_OF_DOCUMENT_TOKEN_TO_BE_REPLACED