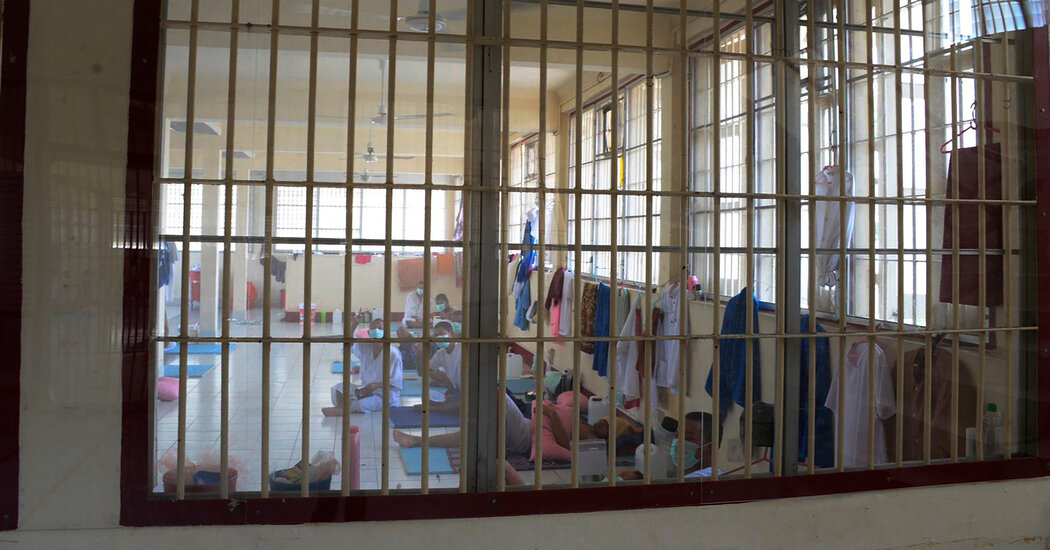 A variant of the coronavirus is sweeping through Thailand’s prisons, the country’s chief prison doctor said on Thursday, as the government acknowledged that nearly 3,000 inmates had been found to be infected.

The chief prison doctor, Weerakit Harnpariphan, deputy director general of Thailand’s Department of Corrections, did not identify the variant that had been detected. But protective measures that were effective in the prisons last year, he said, are not working well now.

“The spread this time is something very worrying,” he said. “The transmissibility of this variant, as it is known, is very quick. It spread in a short period of time.”

There are two variants of concern spreading in the region: the first, detected last fall in Britain, is now the main driver of the pandemic in countries around the world.

growing concern about the spread of a variant first reported in India, which the World Health Organization said may be even more contagious.

Scientists still don’t know much about that variant, but they are worried that it might be helping to fuel the rise in India’s coronavirus infections and could now be driving up cases in neighboring countries.

Called B.1.617, the variant has been detected in Thailand only in one family that had been quarantined after arriving from Pakistan, health officials said.

On Thursday, Thailand reported a daily record of 4,887 cases, which reflects the inclusion of 2,835 prison cases that had not been counted previously in the national total. Thailand has averaged about 2,000 new cases a day for the past three weeks.

a leader of Thailand’s pro-democracy movement, Panusaya Sithijirawattanakul, 22, was released on bail and reported in a Facebook post that she had contracted the coronavirus. She said that more than 50 women had also come down with the virus at the prison where she had been held for nearly two months.

Justice Minister Somsak Thepsuthin said that the coronavirus was under control in the prisons but acknowledged that too few prisoners were being tested until this week.

In response to the virus, he said, the prison population has been reduced from 390,000 prisoners to less than 310,000 by granting amnesty to some and releasing others to be monitored with ankle bracelets.

Human Rights Watch called on Thailand to ensure that prisoners had adequate protective measures and health care. Nearly 20 percent of the country’s inmates are being held while they await trial, the group said, including other members of the pro-democracy movement who are accused of insulting the monarchy.

Thailand is facing its biggest surge in cases since the start of the pandemic and has imposed a partial lockdown on the hardest-hit parts of the country, including Bangkok.

The country reported only 6,884 cases and 61 deaths for all of last year. But the numbers have soared this year to a total of 93,794 cases and 518 deaths as of Thursday, with most of them coming in the past three weeks.

AUSTIN, Texas--(BUSINESS WIRE)--As the first multifamily management company to be recognized in the Public Relations and Marketing Excellence Awards, … END_OF_DOCUMENT_TOKEN_TO_BE_REPLACED

There have been whispers of cooling housing and rental prices in the San Francisco Bay Area, but that hasn't yet translated into practical, noticeable … END_OF_DOCUMENT_TOKEN_TO_BE_REPLACED

Cars pass in Independence Square at twilight in Kyiv, Ukraine, Monday, Oct. 31, 2022. Rolling ... [+] blackouts are increasing across Ukraine as the … END_OF_DOCUMENT_TOKEN_TO_BE_REPLACED