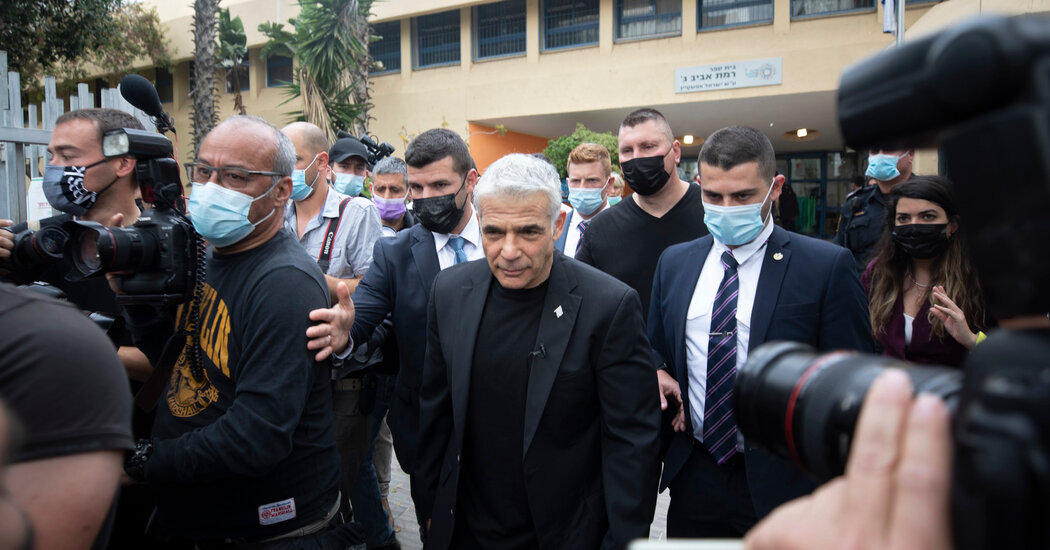 Yair Lapid, the centrist politician and former media celebrity, has emerged as Israel’s most potent opposition leader but he appears, at least for now, to have fallen short of his goal of forming a liberal coalition that could oust Prime Minister Benjamin Netanyahu from power.

Exit polls projected that his party had won 16 to 18 seats in the 120-seat Parliament and that the broader bloc of anti-Netanyahu parties had won 59 seats. But it is made up of ideologically diverse parties with clashing agendas that would find it difficult to work together. Based on the exit polls, Mr. Netanyahu appears to have an easier path to power.

In his desire to unseat Mr. Netanyahu, Mr. Lapid did what many politicians consider unthinkable.

Mr. Lapid pledged that he would not insist on taking up the premiership if doing so would prove an obstacle to ousting his opponent.

The proposal displayed a level of humility rarely seen in Israeli politics — or most any political theater. But it was not simply an act of noblesse oblige. Mr. Lapid was well aware of the difficulties he was likely to face in getting some of the other parties opposed to Mr. Netanyahu to back him as leader of an alternative coalition.

reneged on a main election promise and joined forces with Mr. Netanyahu to form an uneasy unity government after last year’s election.

After a highly successful career as a journalist and popular television host, Mr. Lapid was the surprise of the 2013 election when his party surpassed expectations and placed second, turning him into the chief power broker in the formation of the coalition.

His father, Yosef Lapid, a Holocaust survivor and an abrasive, antireligious politician, also headed a centrist party and served as justice minister. His mother, Shulamit Lapid, is a well-known novelist.

An amateur boxer known for his casual chic black clothing, Mr. Lapid rode to power on the back of the social justice protests of 2011 by giving voice to Israel’s struggling middle class.

On the Israeli-Palestinian conflict, he has stuck to the middle ground, presenting safe positions within the Israeli Jewish consensus.

Kevin McKenzie and Martine van Hamel were standing in the dining room of their weekend house in Woodstock, N.Y., trying to figure out when they got … END_OF_DOCUMENT_TOKEN_TO_BE_REPLACED