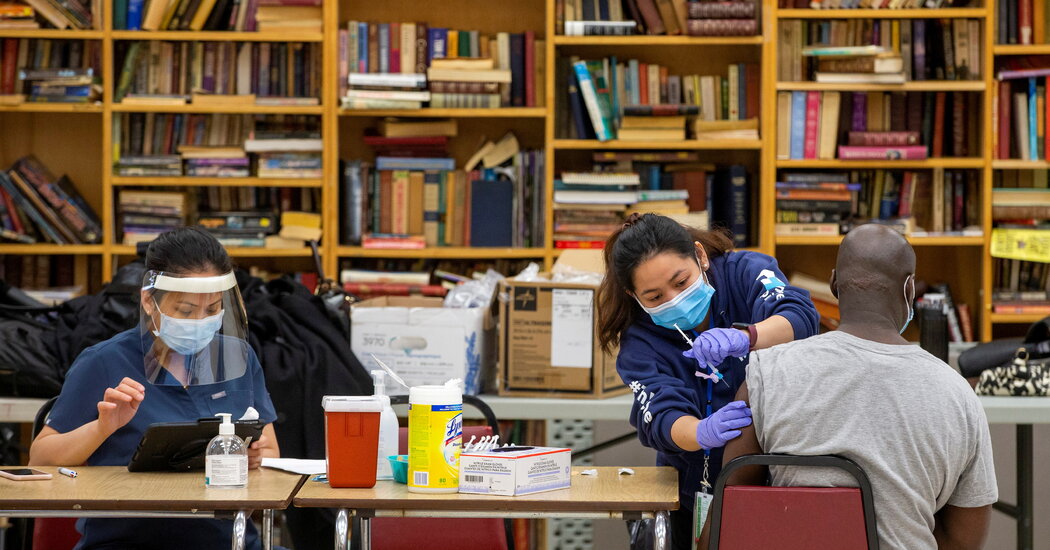 I was feeling vaguely guilty this week when heading out to a sports complex in suburban Ottawa for my vaccination. As I write this, only 19 percent of Canadians have shared my experience and just before my vaccine day arrived, tens of thousands of vaccination appointments in Manitoba and Ontario were canceled.

pulled slightly ahead of the United States in average daily new cases per capita. Moderna cut deliveries of its vaccine to Canada and other countries while the Johnson & Johnson vaccine, which has yet to arrive in Canada, has come under safety scrutiny.

paused the use of Johnson & Johnson’s one-dose vaccine over concerns that it might be linked to a rare but serious blood-clotting disorder. Canada is expecting its first shipment of that vaccine — 300,000 doses — on April 27.

My colleagues Denise Grady and Carl Zimmer examined the blood-clotting risk potentially posed by that vaccine as well as the AstraZeneca vaccine. Their bottom line: If there is a risk, it’s low.

[Read: J & J Vaccine and Blood Clots: The Risks, if Any, Are Very Low]

But perhaps offsetting all that is Mr. Trudeau’s announcement that Pfizer will sell Canada an additional eight million doses of the vaccine it has developed with BioNTech, half of which will arrive next month, and all of which will arrive by the end of July. The company will also be sending earlier purchases sooner. All that may mean that all Canadian adults will have received at least one shot by July, the prime minister said.

As I pulled into a parking lot, a man in an orange vest told me to stay in the car until my appointment time was announced over a very loud loudspeaker to avoid people congregating. After passing through two screenings by people who remained welcoming, despite having to endlessly ask the same questions, and a registration check in, I received a shot four minutes after my scheduled appointment time. It was injected by someone more than qualified for the task: an orthopedic surgeon.

Canada’s decision to get at least one shot into as many people as possible means that I’m not scheduled for a second dose until August.

As many Canadians look at vaccination rates in Britain and the United States, their frustration has been growing. Right now, just 2 percent of Canadians are fully vaccinated compared with 24 percent of Americans. But the scheduled increases in vaccine shipments — the Moderna slip up aside — should help Canada catch up slightly over the next few weeks.

built 100 tiny shelters for homeless people to get though the winter. He now has an even bigger plan.

streamed live on a U.N. website.The American ambassador, Linda Thomas-Greenfield, said in a statement posted on Twitter after the meeting was … END_OF_DOCUMENT_TOKEN_TO_BE_REPLACED

As the worst violence in years rages between the Israeli military and Hamas, each night the sky is lit up by a barrage of missiles streaking across … END_OF_DOCUMENT_TOKEN_TO_BE_REPLACED