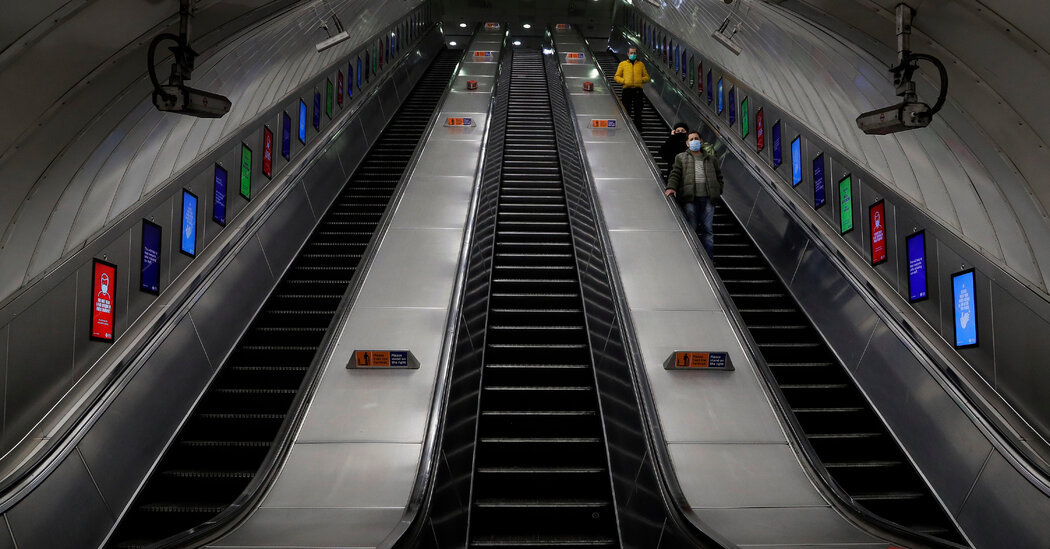 In London, Piccadilly Circus station is nearly empty on a weekday morning, while in Delhi, the Metro ferries fewer than half of the riders it used to. In Rio, bus drivers are on strike, and in New York City, subway traffic is at just a third of normal volume.

A year into the pandemic, public transit is hanging by a thread in many cities. Riders stay home or remain fearful of the close quarters of buses and trains. Without fares, transit revenues have fallen off a cliff. Service has been cut, fares have risen and transport workers are facing layoffs.

That spells disaster for efforts to combat another urgent global crisis: climate change. Public transit is a relatively simple remedy for urban greenhouse gas emissions, not to mention air quality, noise and congestion.

“We are facing maybe the most important crisis in the public transit sector in different parts of the world,” said Sérgio Avelleda, director of urban mobility for the World Resources Institute. “It’s urgent to act.”

But act how? Transit agencies temporarily bailed out by governments wonder how long assistance will last, and experts are scrambling to adapt public transport for cities beginning to emerge from the pandemic.

There are a few outliers. In Shanghai, for example, ridership took a nosedive in February 2020, but has rebounded as new coronavirus infections remain low and the economy improves.

But elsewhere the picture is grim.

On the Paris Métro, ridership was just over half of normal levels early this year. Île-de-France Mobilités, the regional transport agency, said 2020 losses had reached 2.6 billion euros, or over $3 billion.

Amsterdam’s trams and buses have reached about a third of normal volume. Rome’s Metro is drawing fewer than half of its usual passengers.

The London Underground, one of the world’s busiest, is operating at around 20 percent of its usual four million daily journeys. Buses are at around 40 percent of normal.

“It’s been pretty devastating, to be perfectly honest,” said Alex Williams, London’s director of city planning for transport. “One of our concerns are substantial declines in public transport and higher levels of car use.”

“People will feel more comfortable traveling in a new modern public transit system” after the pandemic, Mr. Mezghani said. “It’s about perception in the end.”

Kevin McKenzie and Martine van Hamel were standing in the dining room of their weekend house in Woodstock, N.Y., trying to figure out when they got … END_OF_DOCUMENT_TOKEN_TO_BE_REPLACED