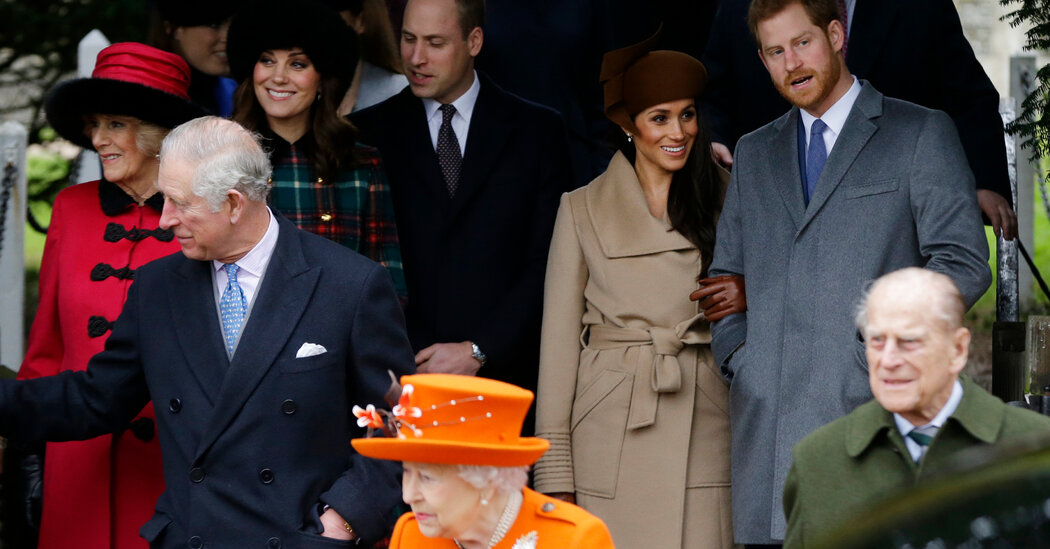 More than 11 million people in Britain tuned into Oprah Winfrey’s interview with Prince Harry and his wife, Meghan. Fallout from the interview has reverberated globally, raising sensitive issues of race, rocking the royal family, upsetting the Commonwealth and exposing a sharp generational divide over the future of the British monarchy.

But among Britain’s political class, it has aroused all the attention of a firehouse opening in some distant shire.

Twice Prime Minister Boris Johnson of Britain faced reporters’ entreaties this week to talk about the subject that most Britons are discussing, and twice he declined.

On Wednesday in Parliament Mr. Johnson, who even as a lawmaker once wrote a newspaper column commenting on the day’s issues, was not even asked about this one.

a new statement on Wednesday acknowledging that “there is a lot of work to be done in the media to improve diversity and inclusion.”

One of Meghan’s strongest and unrelenting critics, Piers Morgan, a co-host of the ITV news show “Good Morning Britain,” resigned on Tuesday in the wake of his on-air attack on her, which generated more than 40,000 complaints to a broadcast regulator.

Malcolm Turnbull, a former Liberal prime minister of Australia, cited the interview as a reason for his country to end its constitutional tie to the British royal family, telling the Australian Broadcasting Corporation that “after the end of the queen’s reign, that is the time for us to say, ‘OK, we’ve passed that watershed.’”

He added: “Do we really want to have whoever happens to be the head of state, the king or queen of the U.K., automatically our head of state?”

Despite the turmoil, Downing Street has declined to comment on any issue that could even tangentially be related to the interview.

“The bottom line is that there is a lot of mileage for individual politicians who want to raise their profiles or who feel strongly about these issues to get involved,” said Tim Bale, a professor of politics at Queen Mary, University of London. “But for the government or the opposition as a whole, it would probably be better to stay out of this one.”

Keir Starmer, the leader of the opposition Labour Party, did react, but cautiously — perhaps worried about being sucked into a culture war or alienating voters whom he wants to win back from the Conservatives.

He said only that the matters raised in the interview “need to be taken very, very seriously” because they are “allegations in relation to race and mental health.”

For now, all that is known of Mr. Johnson’s views is his respect for Queen Elizabeth II, the one member of the royal family that Harry and Meghan went out of their way to praise in their interview.

“I have always had the highest admiration for the queen and the unifying role she plays in our country and across the Commonwealth,” Mr. Johnson said at a news conference in Downing Street on Monday.

“As for all other matters to do with the royal family, I have spent a long time now not commenting on royal family matters, and I don’t intend to depart from that,” he added.

The lack of clarity about the identity of the royal said to have raised questions about Archie’s skin color is another incentive for politicians to tread carefully. If it turns out to be a senior member of the royal family, that could prompt an even bigger crisis and potentially even have implications for the monarchical succession.

If the constitutional issues are fraught, so is the politics. The British public is split, and while instant opinion polls suggest that a majority sides with the monarchy, younger people appear more sympathetic to Harry and Meghan.

Instinctively, many members of Mr. Johnson’s Conservative Party probably support Buckingham Palace. One of his allies, Zac Goldsmith, a middle-ranking minister in the House of Lords, wrote on Twitter on Monday, “Harry is blowing up his family. ‘What Meghan wants, Meghan gets.’”

While Britons who favor the monarchy are more likely to be older, Conservative and Brexit-supporting voters, there are dangers in stirring up culture wars, Professor Bale said.

“There are some people who will want to assimilate this into wider culture wars and to make Harry and Meghan symbols of political correctness and woke culture,” he said. “But I think the Conservatives will be concerned not to take sides, because there are a lot of younger people — whose votes they will want — who feel strongly about ethnicity and race.”

For Mr. Johnson, anything to do with race is also complicated by his past use of racist language as a journalist. As a columnist in 2002, he once referred to “cheering crowds of flag-waving pickaninnies,” an offensive term for Black children, and to African people as having “watermelon smiles.”

More broadly, Mr. Bale said the interview and the ensuing backlash from some Commonwealth countries illustrated one of the problems of projecting Britain’s post-Brexit global influence.

“The Commonwealth and the Anglosphere have been constructed by many Brexiteers as an alternative to the European Union as a sphere of British influence,” he said. “Yet race and ethnicity has been a sore point in Britain’s relationship with some Commonwealth countries.”

That was underscored by remarks from Guy Hewitt, a former high commissioner for Barbados to Britain, who suggested that the interview confirmed that his country was right to announce this year that the queen would no longer be its head of state.

“I think this is where we realize that having Her Majesty as the head of state of Barbados was not compatible with the aspirations of the majority of people who are Black, who are from the South, who are aspiring to move forward in an egalitarian manner, which monarchy and royalty does not speak to,” he told the BBC.

The poshest place in California's Coachella Valley is The Madison Club. This exclusive gated community in La Quinta is where A-listers and tycoons … END_OF_DOCUMENT_TOKEN_TO_BE_REPLACED

KOROPY, Ukraine — Four men tugged at long strips of fabric to lift a coffin out of the gaping hole in the backyard of a small house. They flung the … END_OF_DOCUMENT_TOKEN_TO_BE_REPLACED