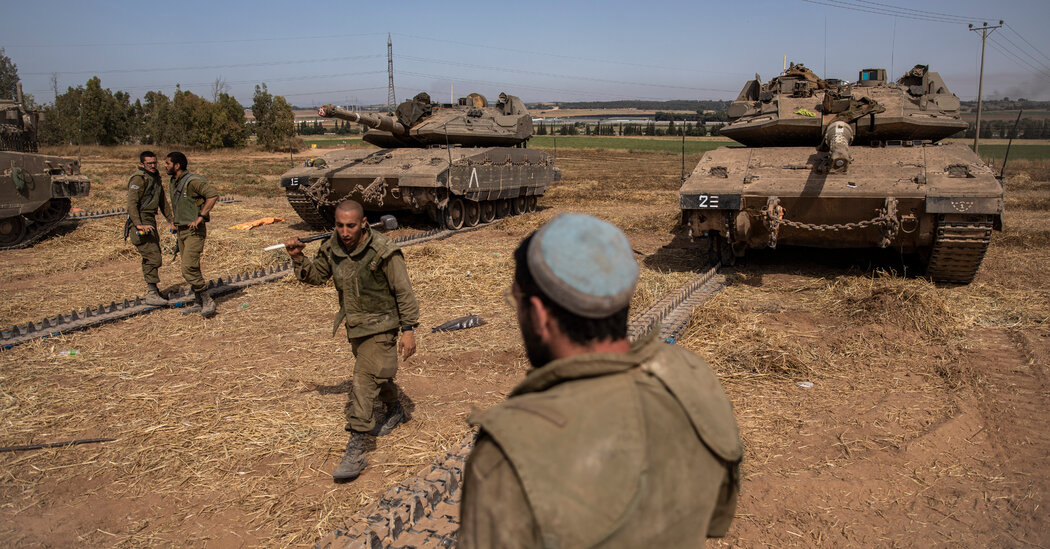 Unlike Hamas, which fires unguided rockets indiscriminately at residential areas, Israel argues that officers and military lawyers weigh these questions carefully before beginning an assault, and have canceled attacks where they perceive there is a risk of killing civilians — though they have carried out many attacks that killed and wounded civilians.

Chief among the Israeli military’s targets was a 250-mile tunnel network that allowed militants to hide from airstrikes, move around without detection by Israeli drones and launch rockets from underground facilities. By Thursday night, the Israeli military said it had destroyed nearly a third of that network, degrading one of Hamas’s most treasured assets.

Nearly 30 senior Hamas commanders were killed in Israeli strikes, as well as a key engineer involved in rocket production, one Israeli officer said. And key research and development centers, including one used to jam the Israeli antimissile defense system, were destroyed, according to several officers.

The Israeli military also managed to foil an attempt by militants to use one tunnel to cross into Israel, avoiding a repeat of an embarrassing episode in the last major escalation, in 2014, one senior officer said.

In general, that officer said, Israel had managed to achieve more in 50 hours of fighting than in the 50 days of the war in 2014. Israel even extended the war a few days longer than some military commanders believed was necessary. They did so to diminish Hamas’s political achievements by trying to disconnect Palestinians’ perceptions of the war from the factors that led to its eruption — like land rights and religious tensions in East Jerusalem.

But even if Israel’s military leadership deems the military campaign a short-term win, the question of what constitutes a victory in the longer term — and whether Israel adhered to international law in the process — is much more contested.

For Ami Ayalon, a retired admiral and former head of the Israeli Navy, Israel’s airstrikes have brought only an “artificial quiet.” The core issues driving the Israeli-Palestinian conflict — the lack of a sovereign Palestinian state, millions of West Bank Palestinians under military occupation, the blockade of Gaza — remain unaddressed.

Side tables are among the smallest pieces of furniture, but they make a big difference in the way a room looks.“They’re like the bags and shoes of … END_OF_DOCUMENT_TOKEN_TO_BE_REPLACED

SAN FRANCISCO--(BUSINESS WIRE)--Snapdocs, a leading digital closing platform for the mortgage industry, announced today that its eClosing offering has … END_OF_DOCUMENT_TOKEN_TO_BE_REPLACED