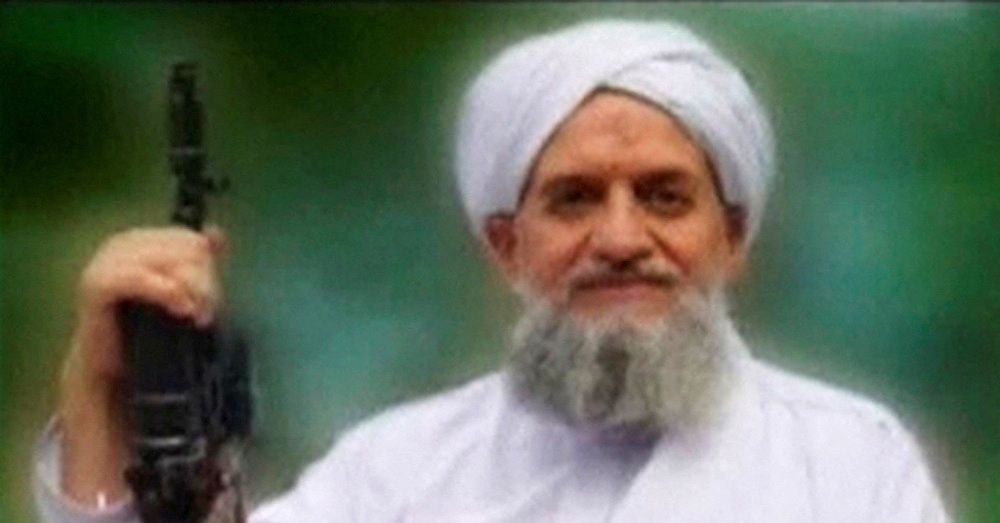 A photo of Al Qaeda’s new leader, Egyptian Ayman al-Zawahiri, is seen in this still image taken from a video released on September 12, 2011. SITE Monitoring Service/Handout via REUTERS TV/

Aug 2 (Reuters) – Al Qaeda chief Ayman al-Zawahiri, who had a $25 million U.S. bounty on his head, survived years in Afghanistan’s rugged mountains but his last months were spent in an upscale Kabul neighbourhood where top officials from the Taliban also live.

U.S. officials said Hellfire missiles from a U.S. drone killed the 71-year-old when he came out on the balcony of a safe house in Kabul on Sunday morning. U.S. President Joe Biden said no civilians were killed. read more

The Taliban confirmed an air strike on a residential house in the Sherpoor area of Kabul but said there were no casualties.

Zawahiri moved to a “very safe place” in Kabul a few months after the Taliban took control of Afghanistan in August last year, a senior leader of the radical group told Reuters on Tuesday on the condition of anonymity.

Taliban spokesperson Zabihullah Mujahid condemned the drone strike and called it a violation of “international principles”. Two Taliban spokesmen did not respond to Reuters request seeking details about Zawahiri’s death.

Unverified pictures on social media of what was described as the target of the attack showed shattered windows of a pink building, its fences topped with rolls of barbed wires. The house appeared two to three stories tall and ringed by trees.

Sherpoor is a quiet, leafy part of Kabul with large houses, where former Afghan general and ethnic Uzbek strongman Abdul Rashid Dostum had lived, among other local dignitaries. Some houses have swimming pools in their attached gardens.

U.S. and NATO embassies are within a few km (miles) of the area.

A woman who lives in the neighbourhood and spoke to Reuters on condition of anonymity said she and her family of nine moved to the safe-room of their house when she heard an explosion at the weekend. When she later went to the rooftop, she saw no commotion or chaos and assumed it was some rocket or bomb attack – which are not uncommon in Kabul.

The senior Taliban leader said Zawahiri spent most of his time in the mountains of Helmand province’s Musa Qala district after the Taliban government was overthrown in 2001 when the United States sent troops to the country.

He said Zawahiri kept a low profile there but went in and out of Pakistan’s border regions several times.

Pakistan’s foreign office did not respond to questions about Zawahiri’s reported movements in and out of Pakistan.

In January, 2006, CIA-operated Predator drones fired missiles at a house in Damadola, a village in the Pakistani tribal region of Bajaur, in the belief that Zawahiri was visiting. He was not but at least 18 villagers were killed.

Other Taliban sources said the group gave the “highest-level security” to Zawahiri in Kabul but he was largely inactive operationally and needed the Taliban’s permission to move.

A Kabul police official described Sherpoor as Kabul’s “most safe and secure neighbourhood” and that the drone strike there was a “great shock”.

He said influential people from the former governments of Hamid Karzai and Ashraf Ghani had built spacious houses in Sherpoor. Senior Taliban leaders and their families now lived there, the official said.

A U.S. official said U.S. officials identified that Zawahiri’s family – his wife, his daughter and her children – had relocated to a house in Kabul and subsequently identified Zawahiri at the same location.

Officials were not aware of him leaving it and on multiple times they identified him on its balcony – where he was ultimately struck. read more

MIAMI — The morning after Hurricane Ian slammed into Florida, Gov. Ron DeSantis shared the podium at his news briefing with two people: his emergency … END_OF_DOCUMENT_TOKEN_TO_BE_REPLACED

SHERMAN OAKS, Calif.--(BUSINESS WIRE)--When it comes to choosing a property management company, the size of a company often becomes a sticking point … END_OF_DOCUMENT_TOKEN_TO_BE_REPLACED