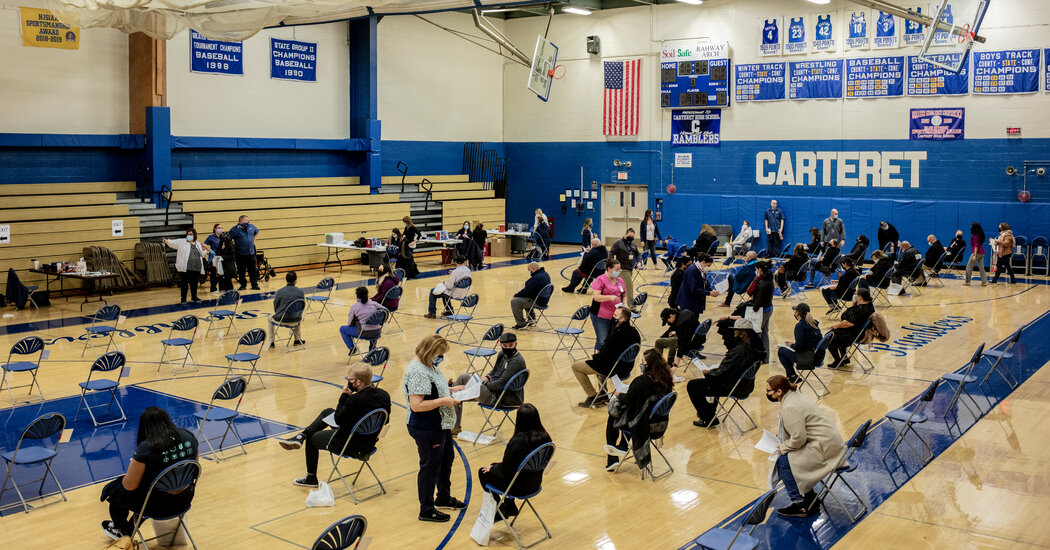 At the same time, with the virus resurgent, public health experts are warning Americans not to let their guards down. The United States is averaging more than 67,000 new cases a day over the past seven days, up from over 54,000 a month ago, according to a New York Times database.

“Seventy thousand cases a day is not acceptable. We have to get that down,” said Barry Bloom, a research professor and former dean of the Harvard T.H. Chan School of Public Health. He said more vaccinations would help, but people must remain vigilant about wearing masks and social distancing.

At its current pace, the United States will vaccinate 70 percent of its population by mid-June. But vaccine hesitancy could slow progress toward herd immunity, which will also depend on vaccinating children.

Pfizer announced this month that it had applied for an emergency use authorization to make children ages 12 to 15 eligible for its vaccine. Moderna is expected to release results from its trial in young teenagers soon, and vaccinations in this age group could begin before school starts in the fall.

Trials in younger children are underway. Dr. Fauci also said on Sunday that he expected children of all ages to be eligible for vaccination in the first quarter of 2022.

Dr. Funmi Olopade, the director of the Center for Global Health at the University of Chicago, said it was crucial for the United States to step up its role in the global vaccination campaign as supply increases. The virus, left to spread around the world, could continue to mutate and threaten the nation’s economic recovery, she said.

It is in everybody’s “self-interest to provide whatever we can in the way of excess vaccines to low- and middle-income countries,” Dr. Bloom said.

AUSTIN, Texas--(BUSINESS WIRE)--As the first multifamily management company to be recognized in the Public Relations and Marketing Excellence Awards, … END_OF_DOCUMENT_TOKEN_TO_BE_REPLACED

There have been whispers of cooling housing and rental prices in the San Francisco Bay Area, but that hasn't yet translated into practical, noticeable … END_OF_DOCUMENT_TOKEN_TO_BE_REPLACED

Cars pass in Independence Square at twilight in Kyiv, Ukraine, Monday, Oct. 31, 2022. Rolling ... [+] blackouts are increasing across Ukraine as the … END_OF_DOCUMENT_TOKEN_TO_BE_REPLACED