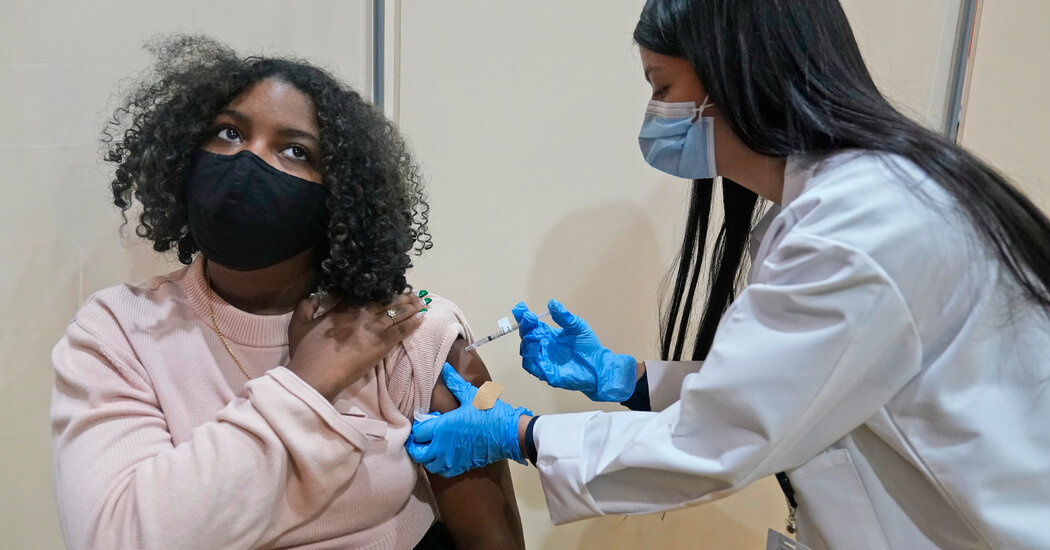 Medical experts welcomed the news that the Pfizer-BioNTech Covid vaccine could be authorized by the Food and Drug Administration for use in adolescents ages 12 to 15 by early next week, a major step forward in the U.S. vaccination campaign.

Vaccinating children is key to raising the level of immunity in the population, experts say, and to bringing down the numbers of hospitalizations and deaths. And it could put school administrators, teachers and parents at ease if millions of adolescent students soon become eligible for vaccinations before the next academic year begins in September.

Pfizer’s trial in adolescents showed that its vaccine was at least as effective in them as it was in adults. The F.D.A. is preparing to add an amendment covering that age group to the vaccine’s existing emergency use authorization by early next week, according to federal officials familiar with the agency’s plans who were not authorized to speak publicly.

Dr. Ashish K. Jha, dean of the Brown University School of Public Health and the father of two adolescent daughters, said the approval would be a big moment for families like his.

surplus of American-made vaccines — some experts said the United States should donate excess shots to India and other countries that have had severe outbreaks.

“From an ethical perspective, we should not be prioritizing people like them over people in countries like India,” Dr. Rupali J. Limaye, a Johns Hopkins University researcher who studies vaccine use, said of adolescents.

Dr. Jha said that the United States now had a big enough vaccine supply to both inoculate younger Americans and aid the rest of the world. As of Monday, the United States had about 65 million doses delivered but not administered, including 31 million doses of the Pfizer-BioNTech vaccine, according to figures collected by the Centers for Disease Control and Prevention.

fully vaccinated. But the United States is in the middle of a delicate and complex push to reach the 44 percent of adults who have not yet received even one shot.

While adolescents so far appear to be mostly spared from severe Covid-19, Dr. Anthony S. Fauci, the Biden administration’s top Covid adviser, has repeatedly stressed the importance of expanding vaccination efforts to include them and even younger children. In March, Dr. Fauci said that he expected that high schoolers could be vaccinated by fall and elementary school students by early 2022.

Dr. Richard Malley, a pediatric infectious disease specialist at Boston Children’s Hospital, said that immunizing adolescents was worthwhile because they can spread the virus, even if they transmit it at a lower rate than adults.

The Seattle Seahawks are very much still in the running for Baker Mayfield. (Photo by Stacy ... [+] Revere/Getty Images) Getty Images The Seattle … END_OF_DOCUMENT_TOKEN_TO_BE_REPLACED

LANSING, Mich. — At least 357 sitting Republican legislators in closely contested battleground states have used the power of their office to discredit … END_OF_DOCUMENT_TOKEN_TO_BE_REPLACED