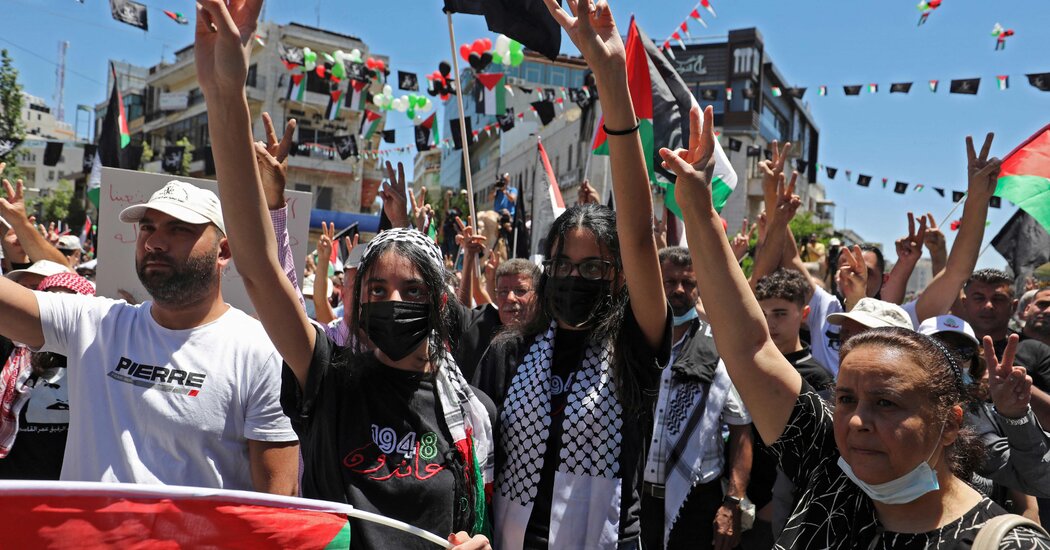 The convulsions in Israel and the Palestinian territories were injected with an additional source of angry emotion on Saturday as the Palestinian diaspora and its supporters commemorated Nakba Day, denoting the 1948 displacement of hundreds of thousands of Palestinians amid Israel’s declaration of independence.

Every year on May 15, Palestinians and their supporters protest what Palestinians call the nakba, which means disaster, the term used to describe the upheaval 73 years ago when the state of Israel was created.

In November 1947, the United Nations adopted a plan to partition Mandatory Palestine, as the region was known when under British control. The plan, accepted by Jews and rejected by Arabs in the territory, would have created separate independent Jewish and Arab states with an international regime to oversee Jerusalem. Immediately after the resolution’s acceptance, war broke out between Jews and Arabs.

Until 1998, no one day was singled out by the Palestinians to commemorate and protest what happened, although many used the occasion of Israeli Independence Day to mark the events.

5.7 million Palestinians and their descendants in camps in the occupied territories adjoining Israel and elsewhere in the Middle East.

Palestinians in the West Bank, Gaza and East Jerusalem were joined on Saturday by activists around the world who view Israeli policies as increasingly oppressive. A Facebook post by the Palestinian Youth Movement advertised North American rallies scheduled for 22 cities. Demonstrations were also planned in Africa, Europe and elsewhere.

AUSTIN, Texas--(BUSINESS WIRE)--As the first multifamily management company to be recognized in the Public Relations and Marketing Excellence Awards, … END_OF_DOCUMENT_TOKEN_TO_BE_REPLACED

There have been whispers of cooling housing and rental prices in the San Francisco Bay Area, but that hasn't yet translated into practical, noticeable … END_OF_DOCUMENT_TOKEN_TO_BE_REPLACED

Cars pass in Independence Square at twilight in Kyiv, Ukraine, Monday, Oct. 31, 2022. Rolling ... [+] blackouts are increasing across Ukraine as the … END_OF_DOCUMENT_TOKEN_TO_BE_REPLACED