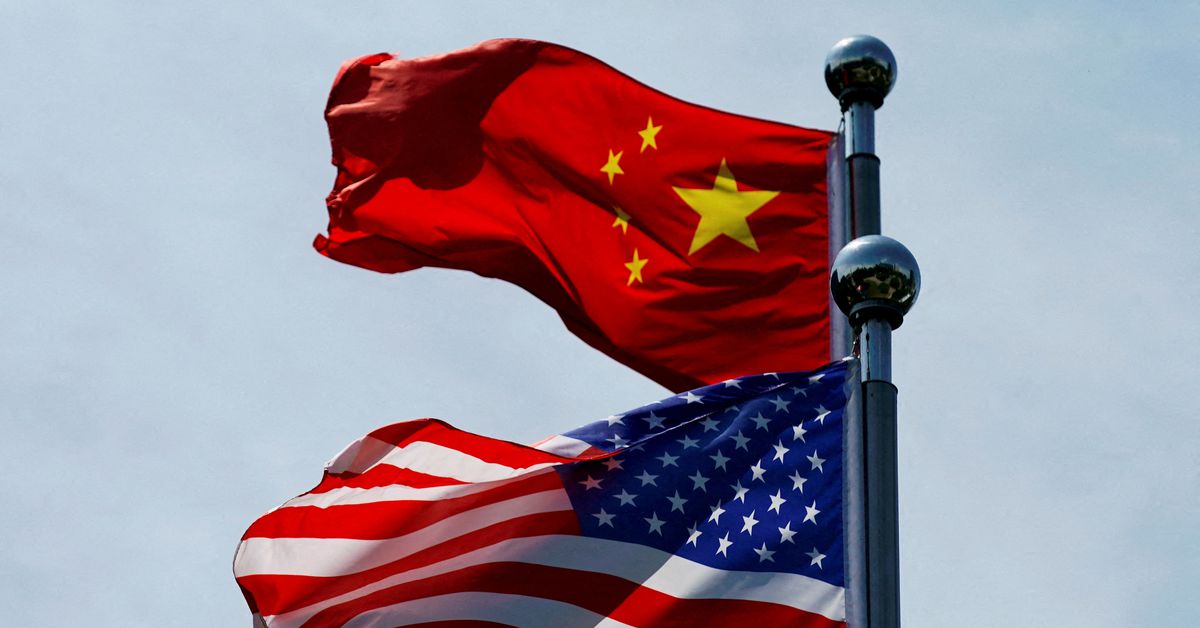 WASHINGTON/UNITED NATIONS, April 7 (Reuters) – China’s abstentions on U.N. votes to condemn Russia’s invasion of Ukraine are a “win”, said the U.S. envoy to the United Nations, underscoring how Beijing’s balancing act between its partner Russia and the West may be the best outcome for Washington.

Beijing has refused to call Russia’s actions in Ukraine an invasion and has repeatedly criticized what it says are illegal Western sanctions to punish Moscow.

But U.S.-led pressure on China, including the specter of secondary sanctions should it provide material support for Russia’s war, appears to be helping keep Beijing on the fence over the conflict.

“That is a win when China abstains. We’d love them to vote yes, but an abstention is better than them voting no,” U.N. ambassador Linda Thomas-Greenfield told Reuters.

“I’m not sure they expected that Russia would go this far. They continue to support Russia publicly, but I do get a sense of discomfort,” she said.

China’s U.N. Ambassador Zhang Jun, responding to Thomas-Greenfield’s remarks, said: “The whole world is not comfortable. Do you think that anyone should be comfortable with this crisis?”

China and Russia declared a “no-limits” strategic partnership several weeks before the Feb. 24 invasion and have been forging closer energy and security ties in recent years to push back on the United States and the West.

In a tilt toward Moscow, China’s leader Xi Jinping has discussed the conflict in Ukraine during calls with leaders of many major countries, but has yet to offer such diplomatic validation to Ukrainian President Volodymyr Zelenskiy.

While Beijing has given some humanitarian aid to Ukraine – about $2.37 million worth of items such as blankets and baby formula – those contributions are outmatched by much smaller donors.

Analysts say they have yet to see any major indication that China is violating strict Western sanctions on Russia, but there are strong signs that China is hedging its bets, particularly on the economic front.

Sanctions on Russia should give China a “good understanding” of the consequences it could face if it provides material support to Moscow, U.S. Deputy Secretary of State Wendy Sherman warned on Wednesday. read more

China appears unlikely to back away from its tacit diplomatic support for Russia – even in light of graphic images showing widespread civilian killings in the Ukrainian town of Bucha, north of the capital Kyiv. Moscow rejects Western charges of war crimes.

Zhang said China did not want to be dragged into the crisis.

“The focus is really for the parties concerned to find a solution as quick as possible, instead of trying to look at some indirect party, and to drag those indirect parties into this crisis,” Zhang told Reuters.

China, which itself has been accused by Washington of committing genocide towards its Uyghur population, voted no on Thursday on a resolution that suspended Russia from the U.N. Human Rights Council. read more

Before the vote, Zhang called it a “hasty move” that forced countries to choose sides.

U.S. officials appear to be expecting that China’s support for Russia won’t violate major red lines set by the United States and the European Union, which together represent a quarter of China’s global trade, compared to just 2.4% for Russia, according to the EU. read more

“We are likely to continue to see some amount of Chinese support for the Russian economy, but a dance that Beijing tries to do to keep up its economic ties to the European Union in particular, but also to the United States,” Mira Rapp-Hooper, director for the Indo-Pacific at the White House National Security Council, said in March. read more

U.S. President Joe Biden has leaned heavily on allies to help make the case – as he did in a call with Xi last month – that there would be consequences for supporting Russia.

It has also denied being asked for, or supplying, any military support for Russia.

Scott Kennedy, a China expert at the Center for Strategic and International Studies, told a recent online forum there was little indication that Chinese banks were supporting sanctioned Russian financial institutions, and that some Chinese firms were selling less to Russia, from cell phones to car parts.

Experts say the United States’ ability to monitor and track small-scale Chinese sanctions violations is limited, as shipments could be driven over land borders where U.S. monitoring does not occur. They say preventing Chinese firms from large sanctioned trade with Russia should be the goal.

“The realists are going to win this one and understand that the Chinese are going to play both sides toward the middle and they’ll take what few victories they can get,” said Donald Pearce, a former export control attaché at the U.S. embassy in Moscow who works with Torres Trade Advisory.

“If you’ve got at least a tacit admission that China respects the idea that the U.S. could start imposing secondary sanctions, that may be enough,” Pearce said.

Reporting by Michael Martina in Washington and Michelle Nichols at the United Nations; Editing by Mary Milliken and Michael Perry

Daniel Acker | Bloomberg | Getty ImagesHome prices are softening in most markets across the nation.Yet home prices are still higher compared with a … END_OF_DOCUMENT_TOKEN_TO_BE_REPLACED

Joel Silver has been responsible for some of Hollywood's biggest franchises, including "The Matrix," "Die Hard," "Predator," and "Lethal Weapon."So … END_OF_DOCUMENT_TOKEN_TO_BE_REPLACED