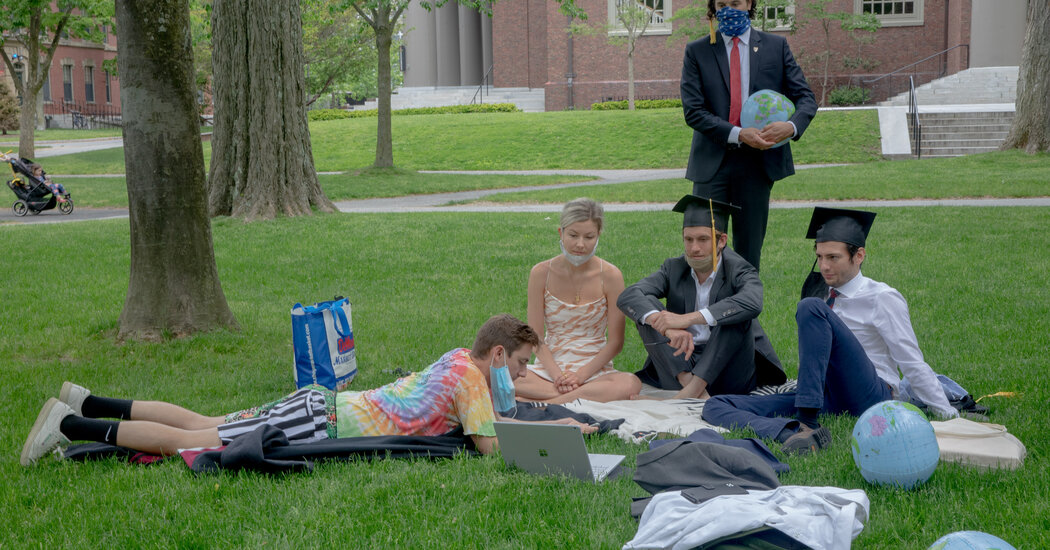 Yale plans to hold a version of in-person graduation for the class of 2021 in May — with no guests allowed. Harvard is not even calling its commencement a “commencement.” It plans to hold virtual degree-granting ceremonies and, for the second year in a row, will postpone traditional festivities.

The universities of South Florida, Southern California, Pennsylvania, North Carolina at Chapel Hill, Vanderbilt, Rochester and Kentucky, among others, are holding in-person commencements, but with differing rules about guests.

So it goes in this second graduation season of the pandemic. Day by day, another university announces commencement plans, and given the uncertainty created by the coronavirus, the decisions are breaking in opposite ways.

Prairie View A&M in Texas plans to hold live commencements, even as, somewhat surreally, the president of the college, Ruth Simmons, will be delivering the principal address at Harvard’s virtual commencement.

Experts warn, however, that dangerous variants could lead to a spike in cases and states that lift restrictions could be acting prematurely.

Many universities are stipulating that in order to participate in graduation, students must have tested negative for the coronavirus before the ceremony and have a good record of adhering to campus policies created to guard against infection.

Peter Salovey, the president of Yale, said in a statement last week that the university would be recognizing graduation by holding in-person gatherings “on or around May 24, if public health conditions permit.” Students studying both on campus and remotely are invited, but not their guests. Mr. Salovey said Yale was excluding families because it seemed unlikely that everybody would be vaccinated by graduation day.

Harvard was one of the first universities to evacuate its campus in mid-March last year, and it is still in caution mode. In an email to students on Feb. 26, its president, Lawrence Bacow, said that postponing live commencement for two years running was “deeply disappointing, but public health and safety must continue to take precedence.”

80,000 people. The university will hold two ceremonies on May 8, but graduates cannot bring guests.

Princeton plans to hold an outdoor commencement at its stadium for students who have taken part in the testing program and who live on or near campus. It is also considering extending the invitation to students learning virtually.

You were seeing double this week: A spectacular $54 million compound featuring two equally luxurious mansions separated by a private lake in Southwest … END_OF_DOCUMENT_TOKEN_TO_BE_REPLACED