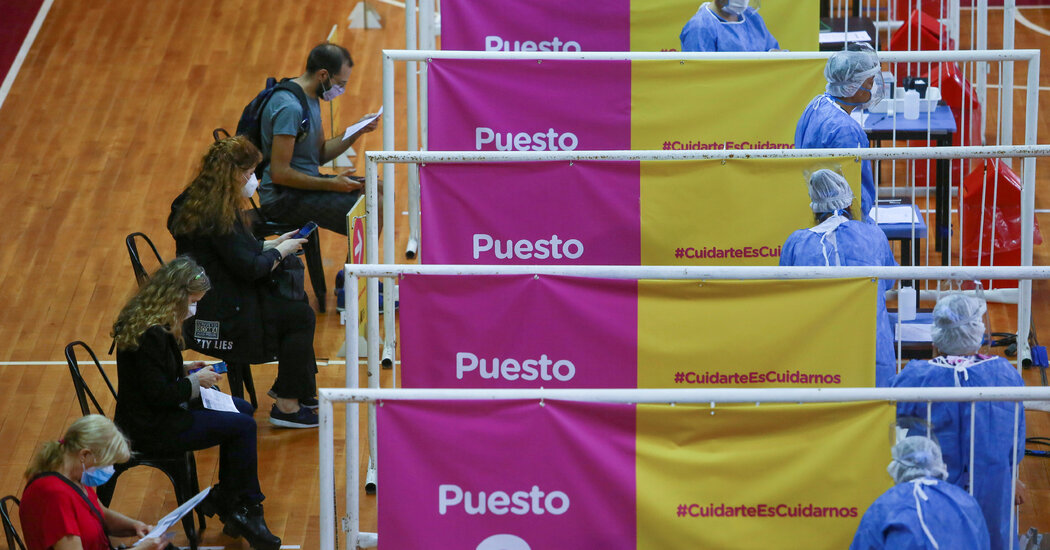 BUENOS AIRES — Argentina is delaying the administration of the second dose of Covid-19 vaccines for three months in an effort to ensure that as many people as possible get at least one dose amid a sluggish vaccination drive.

The move “seeks to vaccinate the largest number of people possible with the first dose to maximize the benefits of vaccination and diminish the impact of hospitalizations and mortality,” the government said in announcing the decision on Friday.

The country has been applying Russia’s Sputnik V, China’s Sinopharm and Covishield, the Indian version of the AstraZeneca vaccine.

Since its vaccination campaign began in December, Argentina, a country of 45 million people, says it has administered a total of 3.55 million doses of vaccine, including 658,426 who have received the two doses called for in the protocols for all three vaccines.

delaying second doses, including Britain, which pursued a plan to separate doses by up to three months. And federal health authorities in the United States have indicated flexibility on expanding the gap between first and second doses to six weeks. But the vaccines in those cases are the same in both doses.

Sputnik, however, developed by the Gamaleya Research Institute, part of Russia’s Ministry of Health, uses a different adenovirus in each of its two doses to deliver bits of the coronavirus’s genetic code. Russia has said it will soon release a one-shot version of its vaccine — essentially using the first dose as the only dose, which it is calling “Sputnik Light.” It is not clear what benefit there would be to delaying a second dose of Sputnik, since there is no recommendation that the second version be administered as a single dose.

Argentina’s decision to delay second doses comes amid increasing concerns of the possibility of a new wave of Covid-19 cases and deaths, fueled by the new variants of the virus that have engulfed several of Argentina’s neighbors, particularly Brazil, but also Chile and Paraguay.

Argentina is canceling all direct flights with Brazil, Chile and Mexico starting Saturday in an effort to block the new variants. It had already blocked flights from Britain and Ireland.

International travelers already face new restrictions in Argentina, including a mandatory Covid-19 test on arrival and enforced quarantine in a hotel if it comes back positive.

The poshest place in California's Coachella Valley is The Madison Club. This exclusive gated community in La Quinta is where A-listers and tycoons … END_OF_DOCUMENT_TOKEN_TO_BE_REPLACED

KOROPY, Ukraine — Four men tugged at long strips of fabric to lift a coffin out of the gaping hole in the backyard of a small house. They flung the … END_OF_DOCUMENT_TOKEN_TO_BE_REPLACED