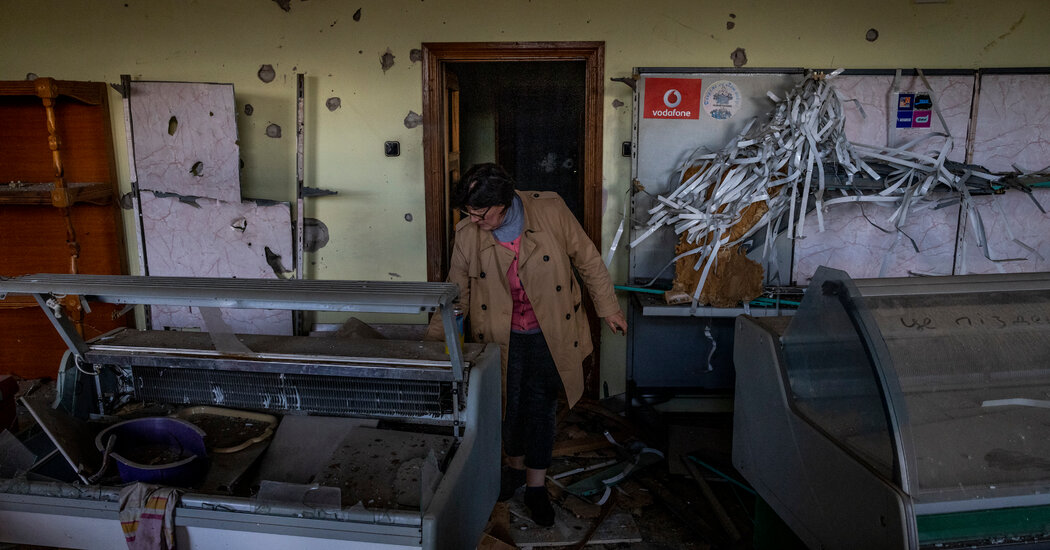 What impact a European price cap on Russian oil may have remains a matter of conjecture because many of the details, including the price, remain to be determined. But some analysts say it could have unintended consequences.

Henning Gloystein, a director at Eurasia Group, a political risk firm, said that the cap might wind up just continuing the status quo, since Russia is already selling oil to China and India at a 30 percent discount. The end result of the cap may be to simply replicate that discount on Russian oil exports to those nations, which have resisted joining the West in imposing sanctions. “It is formalizing something that is already there,” he said.

Others say that the cap, which is expected to gain final approval on Thursday, will add more bureaucratic procedures to a long series of sanctions already in place against Russia. Those extra steps may impede the flow of oil around the world and raise prices, causing the sort of major disruption that Washington appears to be trying to avoid.

That the specifics of the cap, including the price, have not been spelled out will likely make life difficult for people buying and selling oil, who need to make decisions several weeks in advance, Mr. Bronze said.

“They would not know what they would need to do or what price they would need to agree with a Russian seller if they wanted to abide by the price cap,” he said. “This is another example of how policymakers are not in tune with what the industry and the market are saying to make this policy work.”

China has leaned in favor of Russia during the Ukraine war, repeating Russian disinformation, but so far, Western government experts say, China has refrained from providing Moscow military assistance or helping Russia to evade sanctions.

China’s foreign ministry criticized the concept of price caps soon after the idea was first unveiled by Western leaders a month ago, warning that oil was too important to the global economy to be subject to the planned price controls. “Oil is a global commodity — ensuring global energy supply security is vitally important,” Mao Ning, a foreign ministry spokeswoman, said on Sept. 5.

Four days later, Ben Harris, the assistant secretary of the U.S. Treasury for economic policy, said at forum that price caps by other countries would allow China to demand deep discounts on the oil it purchases from Russia as well. The United States would be satisfied with that indirect effect on Russia’s prices, he said.

China’s foreign ministry is closed this week for a national holiday, and issued no immediate response to the European action on Wednesday.

Fatih Birol, the executive director of the International Energy Agency, said in an email on Wednesday that while Russia had profited in recent months from high world energy prices, the country would pay a long-term price.

“It’s clear at this stage that Russia isn’t winning the energy battle,” Mr. Birol said. “Its short-term gain in income from the crisis is outweighed by the long-term loss of both trust and revenues that it has brought about by ruining its relationship with the European Union, its biggest customer.”

Before the invasion of Ukraine, Mr. Birol pointed out, about 75 percent of Russia’s natural gas exports and 55 percent of its oil exports went to Europe. “Finding alternative markets on this scale cannot be done quickly or easily, especially in the case of natural gas,” he said.

AUSTIN, Texas--(BUSINESS WIRE)--As the first multifamily management company to be recognized in the Public Relations and Marketing Excellence Awards, … END_OF_DOCUMENT_TOKEN_TO_BE_REPLACED

There have been whispers of cooling housing and rental prices in the San Francisco Bay Area, but that hasn't yet translated into practical, noticeable … END_OF_DOCUMENT_TOKEN_TO_BE_REPLACED

Cars pass in Independence Square at twilight in Kyiv, Ukraine, Monday, Oct. 31, 2022. Rolling ... [+] blackouts are increasing across Ukraine as the … END_OF_DOCUMENT_TOKEN_TO_BE_REPLACED