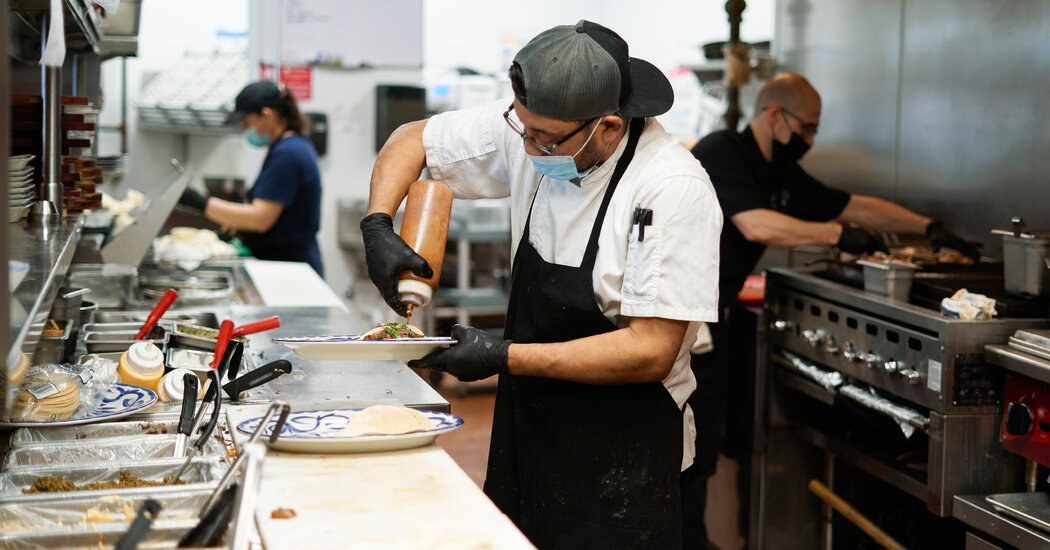 More and more of the United States has relaxed restrictions on indoor dining, but the number of states allowing workers in the restaurant industry to get a Covid-19 vaccine has been slow to rise.

Almost every state is vaccinating some subset of essential workers, following a recommendation by a committee of the Centers for Disease Control and Prevention, but the rollout of the vaccine to workers in the restaurant industry has been inconsistent.

Only about a third of states — at least 16 — have allowed some restaurant workers to get shots, according to a New York Times survey, though some workers are only eligible in certain counties. In comparison, at least 26 states and Washington, D.C., have begun allowing grocery store workers to be vaccinated.

Texas this week allowed all businesses to fully open, and places like New York City and New Jersey announced a loosening of indoor dining limits. How soon states give shots to restaurant workers has become an urgent question for workers in an industry that has been hit particularly hard by the pandemic.

decimated” the industry and that vaccinating them would prevent further job loss.

“There is no more important step the governor can take to get Michigan’s economy back on track,” Justin Winslow, president of the Michigan Restaurant and Lodging Association, said in a statement.

A bartender in Austin, Texas, Jeannette Gregor, said in a phone interview that she and her coworkers responded with “anger, frustration and fear” after Gov. Greg Abbott lifted all limits on indoor dining along with other coronavirus restrictions on Wednesday. Texas has not made restaurant workers eligible for shots.

Ms. Gregor said she has helped organize rallies in support of prioritizing restaurant workers for the vaccines with advocacy groups like the Restaurant Organizing Project.

petition. “These vaccinations can no longer wait.”

DONETSK REGION, Ukraine — Between the cracks of mortar fire and the metallic bangs of Russian self-detonating mines, Yurii, a Ukrainian Army medic, … END_OF_DOCUMENT_TOKEN_TO_BE_REPLACED

SAN FRANCISCO — Cleve Jones has lived in the Castro neighborhood for nearly 50 years, almost from the day he graduated from high school in Phoenix and … END_OF_DOCUMENT_TOKEN_TO_BE_REPLACED