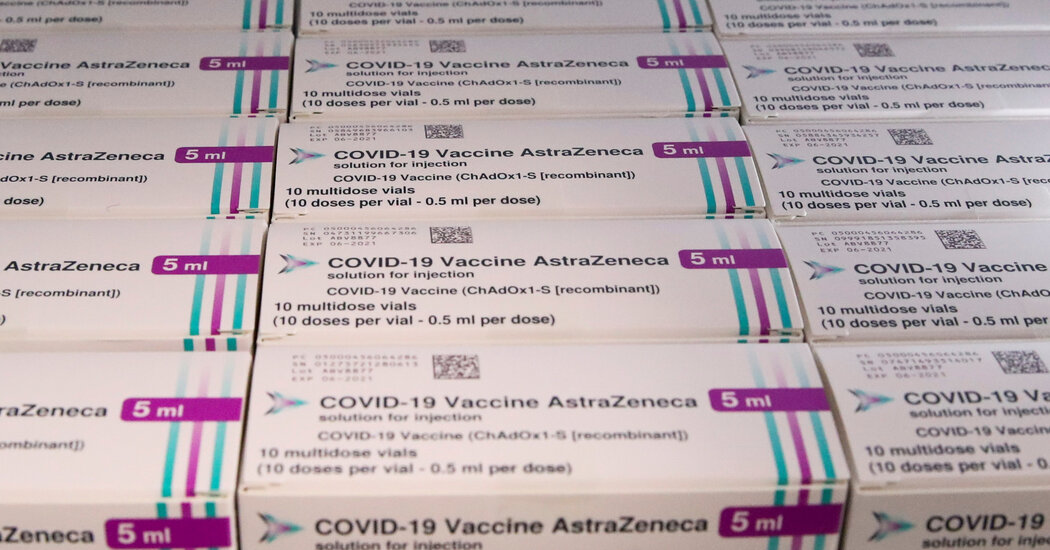 Still, German researchers have said those clots were appearing more frequently in recipients of the AstraZeneca-Oxford vaccine than would be expected in people who had never received the shot.

What symptoms should doctors and vaccine recipients look for in case of an adverse reaction like blood clots?

European regulators had recommended that recipients of the vaccine seek medical assistance for a number of possible symptoms, including swelling in the leg, persistent abdominal pain, severe and persistent headaches or blurred vision, and tiny blood spots under the skin beyond the area where the injection was given.

But that set of symptoms was so vague that almost immediately, British emergency rooms experienced a surge in patients who were worried that they fit the description. As a result, some emergency room doctors have asked for more central guidance about how to handle what they described as largely unnecessary hospital visits.

German researchers have described specialized blood tests that can be used to diagnose the disorder, and suggested treatment with a blood product called intravenous immune globulin, which is used to treat various immune disorders.

Drugs called anti-coagulants, or blood thinners, can also be administered, but not a commonly used one — heparin — because the vaccine-related condition is very similar to one that occurs, rarely, in people given heparin.

Do vaccines cause other bleeding disorders?

Other vaccines, particularly the one given to children for measles, mumps and rubella, have been linked to temporarily lowered levels of platelets, a blood component essential for clotting.

Lowered platelet levels have been reported in small numbers of patients receiving the Moderna, Pfizer-BioNTech and AstraZeneca vaccines. One recipient, a physician in Florida, died from a brain hemorrhage when his platelet levels could not be restored, and others have been hospitalized. U.S. health officials have said that the cases are being investigated, but they have not reported the findings of those reviews and have yet to indicate that there is any link to the vaccines.

AUSTIN, Texas--(BUSINESS WIRE)--As the first multifamily management company to be recognized in the Public Relations and Marketing Excellence Awards, … END_OF_DOCUMENT_TOKEN_TO_BE_REPLACED

There have been whispers of cooling housing and rental prices in the San Francisco Bay Area, but that hasn't yet translated into practical, noticeable … END_OF_DOCUMENT_TOKEN_TO_BE_REPLACED

Cars pass in Independence Square at twilight in Kyiv, Ukraine, Monday, Oct. 31, 2022. Rolling ... [+] blackouts are increasing across Ukraine as the … END_OF_DOCUMENT_TOKEN_TO_BE_REPLACED