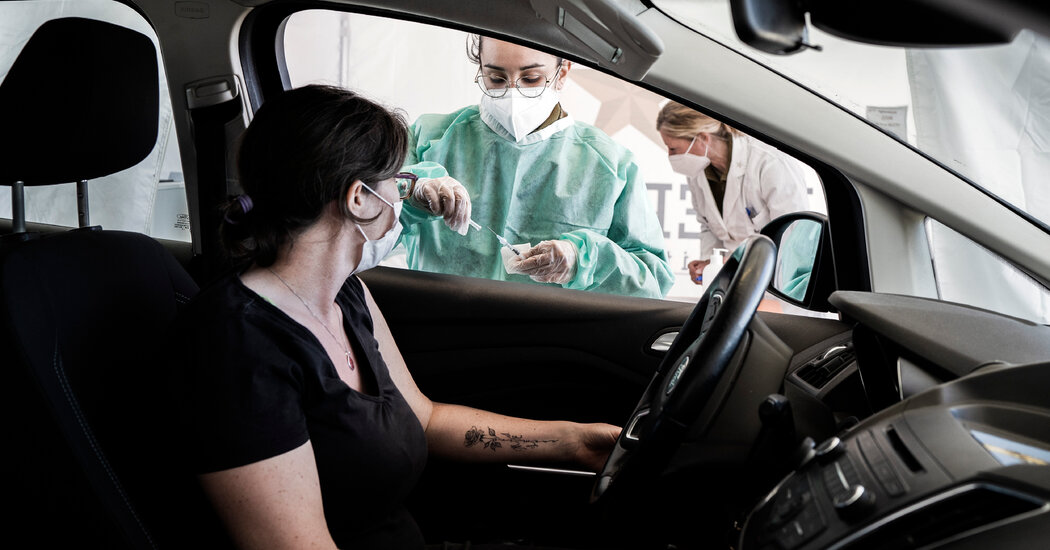 The European Union’s drug regulator said on Thursday that the AstraZeneca vaccine was safe and effective, but that a warning label will be added to it, a finding that officials hope will alleviate concerns about possible side effects and prompt more than a dozen countries to resume using it against the resurgent coronavirus.

A review of millions of people who received vaccine found that it does not increase the risk of blood clots, though “there are still some uncertainties,” said Dr. Sabine Straus, who heads the European Medicines Agency’s risk assessment committee. A new warning will be added so that people in the medical community can be on the lookout for a potential rare complication leading to bleeding in the brain.

But the pause in using it, however brief, threatens lingering consequences both in Europe, which is struggling to contain a new wave of infection, and around the world.

Europe is not inoculating people quickly enough to slow transmission of the virus there, the World Health Organization said on Thursday, reporting that new infections had risen for three successive weeks and that more people in the region were dying from the disease than a year ago.

AstraZeneca vaccine shot, sold without the goal of earning a profit, is a keystone of the W. H.O.’s effort to inoculate poor and middle-income countries.

“This is a safe and effective vaccine,” said Emer Cooke, the head of the European regulator.

A fearful public may not be easily reassured.

“I haven’t decided yet whether I am going to get vaccinated or not,” said Giada Pietrolillo, a kindergarten teacher in Calabria, at the southern tip of Italy. “I am not sure I trust anyone any more.”

While the vast majority of the roughly 20 million people in Europe who have received the AstraZeneca shot suffered no serious side effects, Dr. Straus said, there were a handful of troubling cases of cerebral venous thrombosis, an abnormal clot formation, leading to brain bleeds, in patients who had low platelet counts. The evidence, she said, is not conclusive as to whether it is related to the vaccine

a move intended to reassure the public that all concerns were being treated seriously, adding that they would await guidance from the regulator. Most of the countries signaled that they were likely to restart using the vaccine once the agency issued clearance.

Despite their differences, all the vaccines approved by Western regulators have shown themselves to be remarkably effective at reducing severe illness and death. And though the AstraZeneca vaccine accounts for less than 20 percent of the hundreds of millions of doses ordered by the European Union, it was a critical part of early rollout plans.

With infections again on the rise in many European countries, the cost of delay may be measured in lives.

In just one week in January, at the height of the last wave, Europe recorded nearly 40,000 deaths.

This week, more people are on ventilators in hospitals in Poland than at any time in the pandemic, leading officials to reimpose national restrictions, starting on Saturday. Italy has reimposed lockdowns in the hopes of limiting outbreaks. Across the continent, there is rising concern about the spread of variants of the virus.

President Emmanuel Macron of France said on Wednesday: “We are living through the hardest weeks now. We know it.”

sitting on some 30 million doses of the AstraZeneca vaccine, which has yet to be approved by the Food and Drug Administration.

Even Britain, which moved quickly to procure vaccines and has been rapidly administering doses to most people over the age of 50, has been forced to shift its strategy in part to deal with dips in supply.

Starting late last year, British regulators chose to allow an increased gap between the two doses of vaccine required for maximum protection: up to 12 weeks, rather than the three weeks used in clinical trials.

That has allowed Britain to give initial protection to about 25 million people. But many of those will soon need a second dose, putting pressure on the system and leading officials to warn that distribution in April will move slower.

restore faith in the AstraZeneca vaccine.

Concerns about it arose from reports of a small number of people who developed dangerous blood clots or abnormal bleeding after receiving the shot.

Different reports about potential side effects were conflated and a growing number of countries halted use of the shot.

The most concerning came from Norway and Germany, involving cases where blockage develops in veins that drain blood from the brain in patients who also had lowered platelets.

After several cases came to the attention of Paul Ehrlich Institute, the agency in charge of vaccine safety in Germany, the use of the vaccine was halted. A cascade of other European countries quickly followed suit. .

Klaus Cichutek, the head of the institute, said that it had acted after seven cases of cerebral venous thrombosis had occurred four to 16 days after vaccination.

An analysis by the institute suggested that only a single case would normally be expected among the 1.6 million people who received the vaccine in that time window.

The institute said that it had convened a group of experts on Monday and that they had agreed unanimously that a link to the vaccine was not implausible and should be investigated.

Ms. Cooke said that it was important to closely monitor all side effects.

“We are also launching additional investigations to understand more about these rare cases,” she said. But the regulatory agency found that it the benefits of the vaccine — at a moment when thousands are still dying around the world every day — outweighed the risk.

“If it was me,” Ms. Cooke said. “I would be vaccinated tomorrow.”

Reporting was contributed byNick Cumming-Bruce from Geneva and Gaia Pianigiani from Rome.

The poshest place in California's Coachella Valley is The Madison Club. This exclusive gated community in La Quinta is where A-listers and tycoons … END_OF_DOCUMENT_TOKEN_TO_BE_REPLACED

KOROPY, Ukraine — Four men tugged at long strips of fabric to lift a coffin out of the gaping hole in the backyard of a small house. They flung the … END_OF_DOCUMENT_TOKEN_TO_BE_REPLACED