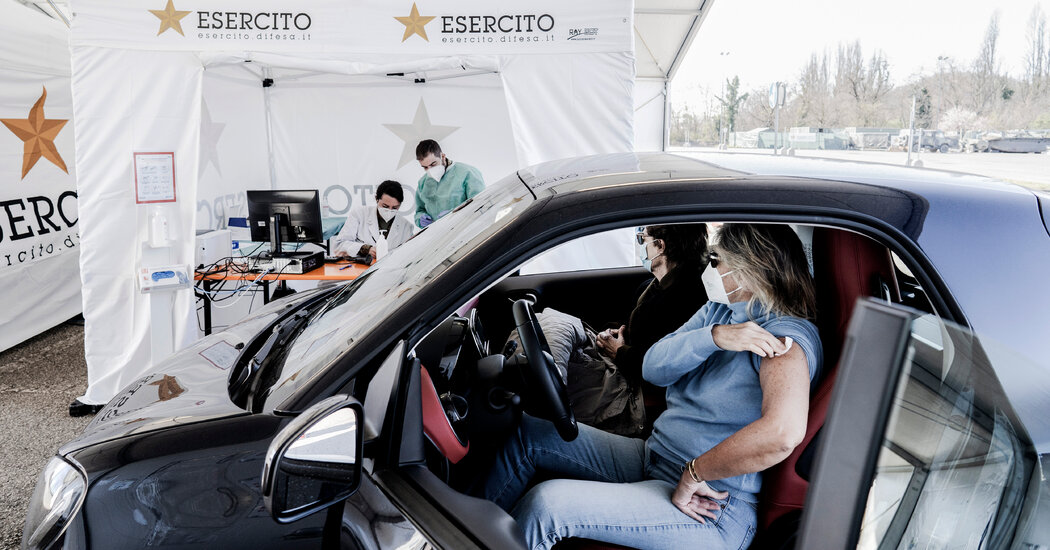 LONDON — The suspension of the use of the AstraZeneca vaccine by most governments across Europe has further set back an already fraught inoculation campaign on the continent and threatened to rattle the vaccination effort in dozens of other countries around the world.

No country in the European Union is on pace to reach its goal of vaccinating 70 percent of its population by September. Hundreds of millions of people across the continent are still constrained by some of the most severe coronavirus restrictions in the world, and millions more are facing the prospect of rules being tightened further to tackle a third wave of the coronavirus.

The head of the European Medicines Agency, speaking at a news conference on Tuesday, said that while the regulators were still studying concerns about the possibility of rare side effects with the AstraZeneca vaccine, including blood clots and abnormal bleeding, there was “no indication that vaccination has caused these conditions.”

“While the investigation is ongoing, we are currently still firmly convinced that the benefits of the AstraZeneca vaccine in preventing Covid-19, with its associated risk of hospitalization, outweigh the risk of the side effects,” said Emer Cooke, the agency’s executive director.

While the AstraZeneca vaccine is already authorized in dozens of countries, it has not yet been approved by American regulators. The results from its clinical trial in the United States have not yet been reported, and the company has not sought emergency use authorization from the Food and Drug Administration.

Many public health officials fear that the United States may yet have to endure its own new wave of infection caused by more contagious variants — especially as states move to open up completely, eliminating even simple measures like mask wearing requirements. But vaccines are being rolled out with an urgency simply not seen in Europe.

And the suspension of the AstraZeneca vaccine has thrown already slow and confusing European rollouts into deeper disarray.

Rossella Crea, 46, a high school teacher in Italy’s northern city of Verona, got her AstraZeneca shot on March 1. She said that after reading news of the latest suspensions, she became anxious and she was no longer sure she would get her booster dose in May.

“I feel disoriented,” she said, “I think we must get vaccinated in general but this AstraZeneca one worries me.”

a column published on Tuesday by the newspaper El Mundo, Juan Martínez Hernández, an epidemiologist, described the suspension as “a mistake.” If such a vaccination program gets halted even when no causal relationship has yet been established, he asked, “are we ready to accept the extension and perpetuation of Covid-19 in Europe and the world?”

While there was broad concern that the decision to halt the use of the vaccine could harden skeptics and embolden anti-vaxxers,many more were just left wanting.

Jean Imbert, a 70-year-old retiree who was administered his first dose of AstraZeneca vaccine on March 7, said that he had “no particular concerns” about Monday’s announcements. Mr. Imbert said that there was “an overreaction in many European countries,” adding that “if the ban on the vaccine lasts too long, we will have more deaths due to delayed vaccination” than because of inoculations.

Mr. Imbert said that by temporarily banning the AstraZeneca vaccine, European countries would only fall further behind the rest of the world in their vaccination campaigns.

Reporting was contributed by Monika Pronczuk from Brussels, Emma Bubola from Rome, Melissa Eddy from Berlin and Constant Méheut from Paris.

SAN FRANCISCO — Cleve Jones has lived in the Castro neighborhood for nearly 50 years, almost from the day he graduated from high school in Phoenix and … END_OF_DOCUMENT_TOKEN_TO_BE_REPLACED

A home inspection can spare you from unpleasant surprises after you buy. After crunching the numbers, searching your favorite neighborhoods, and … END_OF_DOCUMENT_TOKEN_TO_BE_REPLACED