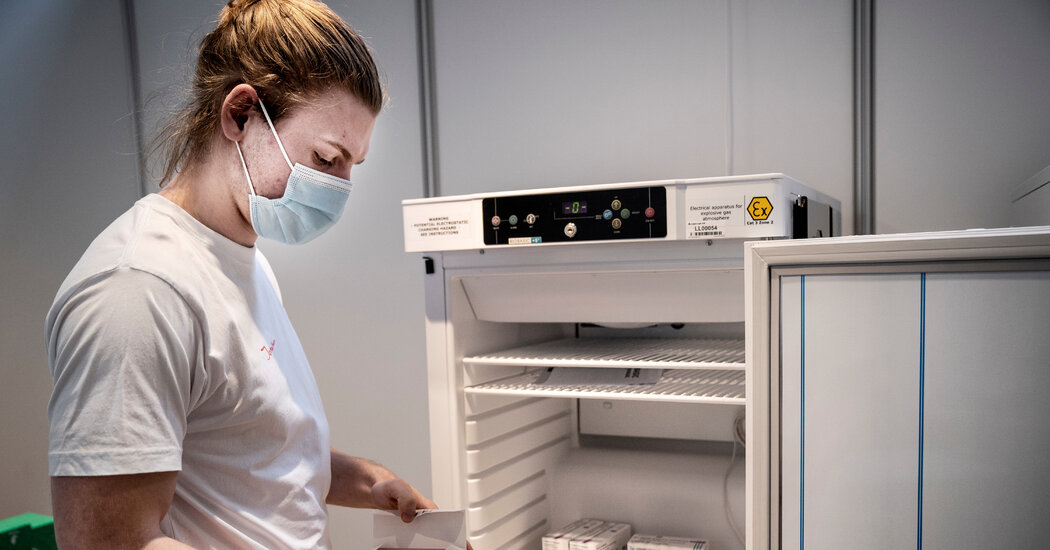 Denmark on Saturday reported that two people had experienced brain hemorrhages after receiving the AstraZeneca Covid vaccine, one of whom died. The Danish Medicines Agency said it was looking into whether the condition was a potential side effect.

A spokesperson for the Capital Region of Denmark confirmed the death, and the Danish Ritzau news agency reported that the other person, a female civil servant in her 30s, was critically ill.

Millions of people in dozens of countries have received the AstraZeneca Covid vaccine with few reports of ill effects. After several countries recently paused the use of the vaccine, the European Medicines Agency reviewed and said that it considered the vaccine safe, although it would continue to watch for any connections to blood disorders. The agency noted that any threat would be very small, and that the shots will prevent vastly more deaths than they might cause.

Recent blood clots and abnormal bleeding in a small number of vaccine recipients in European countries raised questions about its safety, and prompted the suspensions. That created a disruptive pause in vaccination campaigns this week, even as some European countries were entering a third wave of infections.

said in a tweet on Saturday. “We are in the process of dealing with the two specific cases.”

This is the second death in Denmark after a person was given the AstraZeneca vaccine. Norway is examining the deaths of two people who received the vaccine.

Denmark has suspended the use of AstraZeneca until Thursday, despite the European Medicines Agency’s reassurances. Other Scandinavian countries and Finland have made similar decisions. But some European countries, including France and Germany, have resumed using the shots.

Some of the continuing caution has been driven by preliminary findings from medical experts in Norway and in Germany that suggested a possible link between the vaccine and the extremely rare blood disorders. The German experts said the sinus or cerebral vein thrombosis suffered by 13 Germans days after receiving the vaccine was caused by an immune system reaction they believe could be tied to the shot. They did not release detailed data, but planned to submit their findings to The Lancet.

AstraZeneca did not immediately comment on the assertions Friday.

Dr. James Bussel, an expert on platelet disorders and a professor emeritus at Weill Cornell Medicine, said the occurrence of abnormal clotting and low platelets in people under 50 is uncommon. He noted that researchers in Europe had identified antibodies produced by the immune system — possibly in a highly unusual response to the vaccine — that may have activated the platelets and started a cascade of abnormal clotting and bleeding.

Researchers in both Germany and Norway will continue investigating and in Germany, where the vaccine is again being administered, doctors are now warning anyone receiving an AstraZeneca shot to see a doctor immediately if they have headaches, dizziness or blurred vision more than three days afterward. They said the problems could very likely be treated if caught in time.

MIAMI--(BUSINESS WIRE)--Intelli Smart Homes, the leading smart home technology company, has been recognized as one of America’s fastest-growing … END_OF_DOCUMENT_TOKEN_TO_BE_REPLACED

Customers outside a Walmart store in Torrance, California, US, on Sunday, May 15, 2022. Walmart Inc. is scheduled to release earnings figures on May … END_OF_DOCUMENT_TOKEN_TO_BE_REPLACED

The past few years have been brutal on homebuyers' budgets. Would-be buyers have been priced out of some of the most desirable neighborhoods thanks to … END_OF_DOCUMENT_TOKEN_TO_BE_REPLACED