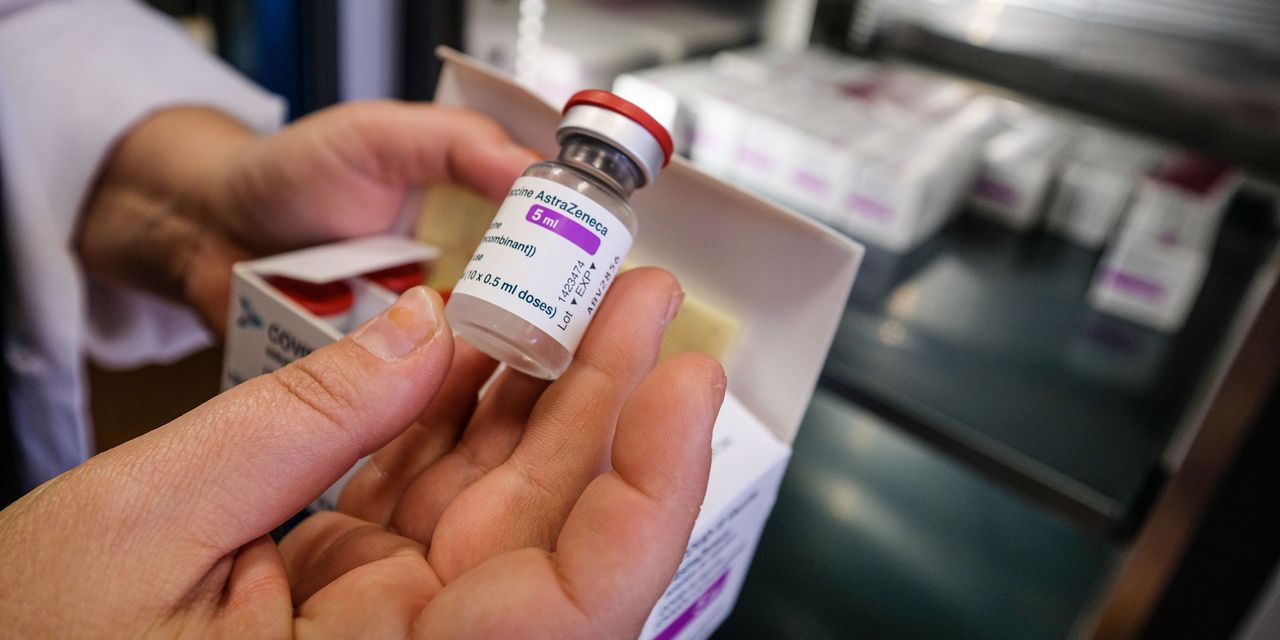 The European Union’s top drug regulator said it is still firmly convinced that the benefits of AstraZeneca PLC’s Covid-19 vaccine outweigh the risks, after a string of nations in the bloc temporarily halted use of the shot over blood-clot concerns.

The European Medicines Agency so far sees no indication that the vaccine caused a small number of blood-clotting incidents reported across the region, Executive Director Emer Cooke said in a briefing Tuesday.

The regulator is currently reviewing those incidents to determine whether they represent a broader risk. Ms. Cooke said the results of the review would be presented Thursday.

The vaccine, which was developed jointly with the University of Oxford, hasn’t been approved in the U.S. AstraZeneca is expected to apply for authorization for emergency use once it submits results from Phase 3 human trials conducted in the U.S. Those trials are due as early as this month.

Tuesday’s briefing followed moves by a number of European countries, including Germany, Italy, France and Spain, to halt use of the vaccine pending an examination of blood clotting in a small number of people who received it, which in a few cases has reportedly led to deaths. Officials in those countries said they were awaiting a full review of those cases, which regulators say have been less prevalent than expected rates of severe clotting in the general population.

“Trust in the safety and efficacy of the vaccines…is paramount for us,” Ms. Cooke said. “We are worried there may be an effect on the trust of the vaccines.”

She said the attention on blood clots, which are known generally as venous thromboembolic events, has produced more reports as attention to them spreads. The agency’s review is focused on the AstraZeneca vaccine but is also looking at reports of clotting in people who have received other vaccines, including one developed by Pfizer Inc. and BioNTech SE. Instances of severe clotting have been rare across all vaccines, she said.

The regulator is being asked to determine whether there is evidence that vaccination and severe blood clots are connected, and potentially update its guidance, if warranted. The regulator has said it isn’t yet in a position to predict a conclusion but is sticking with advice to continue using the AstraZeneca vaccine.

The precautionary halts to the AstraZeneca vaccine’s use in European countries contrasts with recommendations by the European and U.K. regulators to continue using the shot. The partial pullback is dealing another blow to the continent’s sluggish vaccination rollout, which has suffered supply shortages and other problems.

Europe is grappling with rising numbers of Covid-19 cases. Its vaccination rates are far lower than in the U.S. and the U.K., where cases have stabilized or are falling.

Write to Jenny Strasburg at jenny.strasburg@wsj.com

When Graham Brooks received his ballot in early February, asking whether he wanted to form a union at the Amazon warehouse in Alabama where he works, … END_OF_DOCUMENT_TOKEN_TO_BE_REPLACED