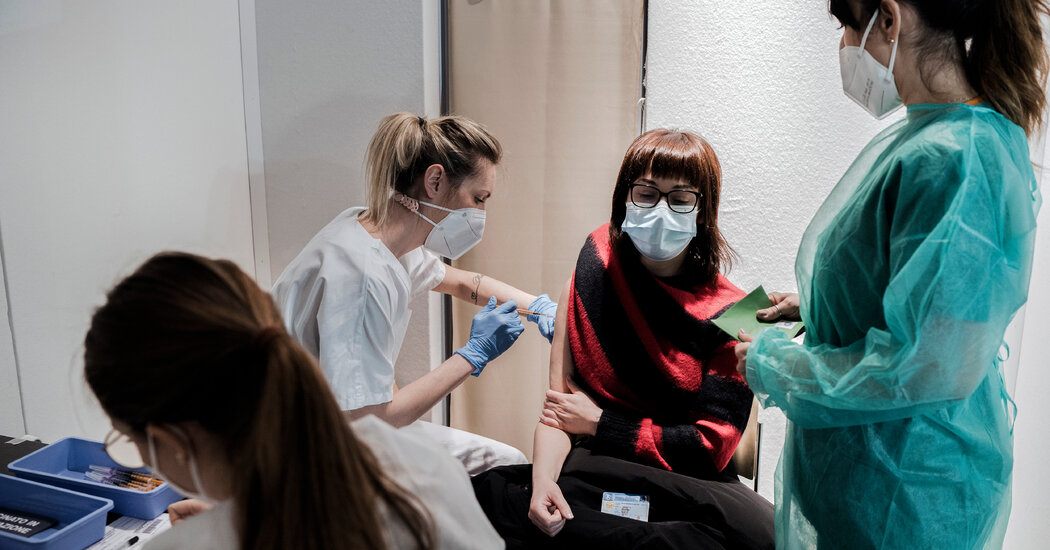 LONDON — The announcement this week that the AstraZeneca shot, the workhorse of global vaccine rollouts, had achieved nearly 80 percent efficacy in a gold-standard American trial was met with relief by the many countries relying on it.

“When you get the call, get the jab,” the British health secretary, Matt Hancock, urged, part of a campaign by European lawmakers to calm people’s nerves after a recent safety scare with the shot.

But by Tuesday, that campaign had, once again, been thrown off course, at least for the moment. For AstraZeneca, it was seemingly another episode of public relations whiplash, part of a series of recent miscues and communication blunders by the company that scientists said had undercut the effort to sell one of the most potent and indispensable vaccines against the coronavirus.

In a highly unusual move, American health officials said on Tuesday that the company’s account of its U.S. trial findings had not been entirely accurate, suggesting that AstraZeneca had used only the most favorable data to generate apparently spectacular efficacy results.

In France, Germany, Italy and Spain, more people now believe that the vaccine is unsafe than that safe, polling has shown, a blow to a shot that remains the continent’s best hope for saving people’s lives during a mounting surge of new infections. Millions of doses are sitting unused in refrigerators across the continent, with doctors reporting some people canceling injections over fears about side effects.

driving down hospitalizations and helping the country to emerge from a dreadful wintertime wave of infections.

Nevertheless, AstraZeneca’s U.S. trial was hotly anticipated. The largest of its kind for the shot, it had been expected to provide the cleanest, most complete picture of the vaccine’s efficacy. American officials saw it as an incontrovertible test of the vaccine’s performance.

And health officials around the world were looking to it as a crucial guide to their own rollouts: It would supply crucial data on older people, who had not been as well represented in earlier trials, and a more precise read on the vaccine’s overall efficacy, which had appeared from earlier trials to be lower than that of other leading shots.

As soon as AstraZeneca announced its results on Monday, saying that the vaccine had 79 percent efficacy in preventing symptomatic Covid-19, lawmakers began citing it as part of their fledgling efforts to shore up public confidence in the vaccine.

communications problems that have dogged the company since last year, delaying the regulatory process in some regions and creating hesitation among some recipients.

So far, only 55 percent of the AstraZeneca doses delivered to the European Union have been put into people’s arms, according to the bloc’s figures, markedly lower than the usage rate for other vaccines. Some seven million doses are still sitting in refrigerators.

public confusion about a vaccine that appears to be highly effective.

In early September, the company quietly halted its global trials after a participant in Britain fell ill. But American regulators did not find out until the story broke publicly. Subsequently, the company’s slowness to provide the F.D.A. with evidence that its vaccine was not linked to any illnesses kept it grounded for nearly seven weeks. AstraZeneca has said it shared data in a timely manner.

By late November, the company was again riding high: It released results from early clinical trials, including in Britain, showing that the vaccine was up to 90 percent effective.

But those results, too, were quickly clouded by uncertainty. AstraZeneca later acknowledged that there had initially been confusion over the vaccine dosage received by some study participants, making it more difficult to interpret the findings.

Britain, which has long championed the homegrown vaccine, authorized the shot in late December, relying on the earlier clinical trial results. The European Union’s medicine regulator did the same, but a month later.

E.U. officials said that the delay had partly resulted from a back-and-forth between the regulators and AstraZeneca over the quality of the data.

And even after the vaccine was authorized, a number of European countries initially restricted it to younger people, citing a lack of sufficient data about its efficacy in older people. That problem was supposed to be resolved by the American trial, in which older people were better represented.

Neither European nor British regulators gave any indication on Tuesday that the problems with AstraZeneca’s American data would have any impact on rollouts there. Those agencies relied on a separate set of data from non-American trials to authorize the vaccine.

“We are in contact with the company regarding this further information,” the European Medicines Agency said in a statement on Tuesday, “and E.M.A. will assess the data concerned as soon as the company submits it to us.”

SAN FRANCISCO — Cleve Jones has lived in the Castro neighborhood for nearly 50 years, almost from the day he graduated from high school in Phoenix and … END_OF_DOCUMENT_TOKEN_TO_BE_REPLACED

A home inspection can spare you from unpleasant surprises after you buy. After crunching the numbers, searching your favorite neighborhoods, and … END_OF_DOCUMENT_TOKEN_TO_BE_REPLACED