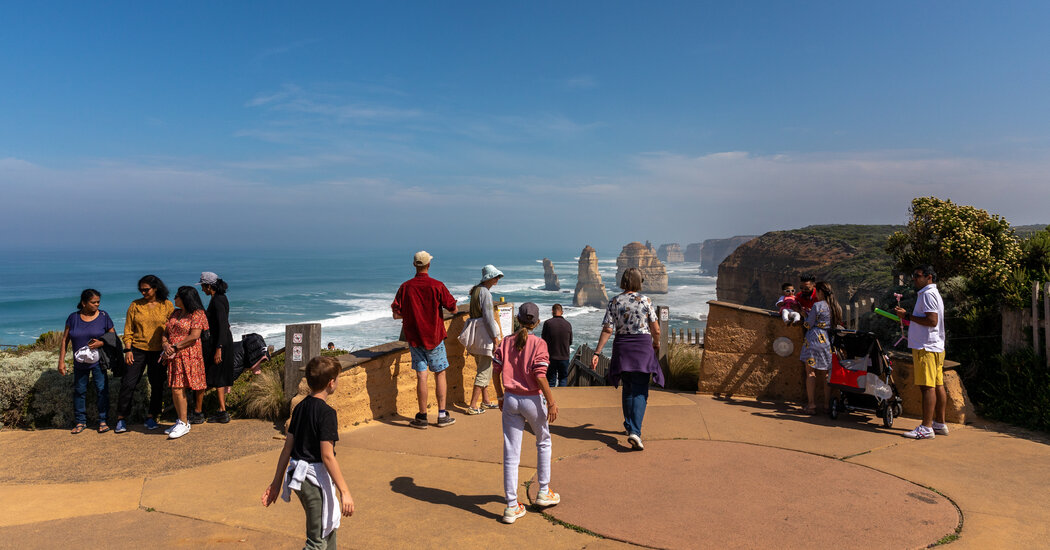 MELBOURNE, Australia — When Australian officials announced last week that the country was unlikely to fully reopen its borders until mid-2022 because of the coronavirus, the backlash immediately began building.

Critics warned that Australia risked becoming a “hermit nation.” Members of the Australian diaspora who had been struggling to return home for months saw it as another blow. The announcement drew dire warnings from business, legal and academic leaders.

Polls show that keeping the borders shut is a popular idea. But the opposition sees political opportunism on the part of the government. Others predict that a continued policy of isolationism means young people could “face a lost decade” because of prolonged economic loss and social dislocation.

Australian officials contend that the restrictions on international travel — some of the strictest in the world — are the main reason the country has been so successful in crushing the virus. The government is resisting pressure from many quarters to consider an earlier reopening, with Prime Minister Scott Morrison declaring on Tuesday, “I’m not going to take risks with Australians’ lives.”

report, titled “A Roadmap to Reopening,” of long-lasting damage to the country, and especially its young people.

“There is an illusion that Australia can go at it alone and be this Shangri-La in the South Pacific,” Tim Soutphommasane, a political expert at the University of Sydney and co-sponsor of the report, said in an interview. “But I think that’s a misguided view. Other countries that do have a vaccinated population will be able to attract skilled migrants, have their universities open up to international students.”

recent poll showing that three-quarters of Australians support it.

Many were barred for weeks from flying home from India because of the Covid crisis raging there. Tens of thousands have been separated from their families or have put their lives on hold as the country refused to budge on travel restrictions.

For Madeleine Karipidis, an Australian solicitor living in London, the travel hurdles have driven her to take a drastic step. She moved to London from her native Australia seven years ago. After a year of being unable to get home to see her family, and after the government announced the extended closure last week, she began the process of applying for British citizenship.

Government data released on Monday showed that 1.5 million vaccine doses — a quarter of those distributed — had not been used.

Vaccine complacency is also a growing concern, with some Australians seeing the perceived risks of a shot as outweighing the danger of getting sick from the coronavirus.

Still, the government predicts that most people will be vaccinated by the end of the year. But that in itself will not be enough to trigger the reopening of borders, Mr. Morrison has said, because it excludes “millions” of children and those who choose not to be vaccinated. The vaccines may also not be equipped to deal with new variants and mutations, he added.

For Owais Ahmed, an Australian permanent resident and a cybersecurity consultant, the border closure has put his life in limbo. His family and his fiancée are in Pakistan, and though he has been trying to leave Australia to see them, his requests for an exemption have been denied.

Mr. Ahmed said he had been happy to wait out the border closure last year, but that the extended lockdown now seemed more political than medical. His plans to get married and start a family in Australia have all been put on pause.

“I just want to continue my life,” he said.

AUSTIN, Texas--(BUSINESS WIRE)--As the first multifamily management company to be recognized in the Public Relations and Marketing Excellence Awards, … END_OF_DOCUMENT_TOKEN_TO_BE_REPLACED

There have been whispers of cooling housing and rental prices in the San Francisco Bay Area, but that hasn't yet translated into practical, noticeable … END_OF_DOCUMENT_TOKEN_TO_BE_REPLACED

Cars pass in Independence Square at twilight in Kyiv, Ukraine, Monday, Oct. 31, 2022. Rolling ... [+] blackouts are increasing across Ukraine as the … END_OF_DOCUMENT_TOKEN_TO_BE_REPLACED