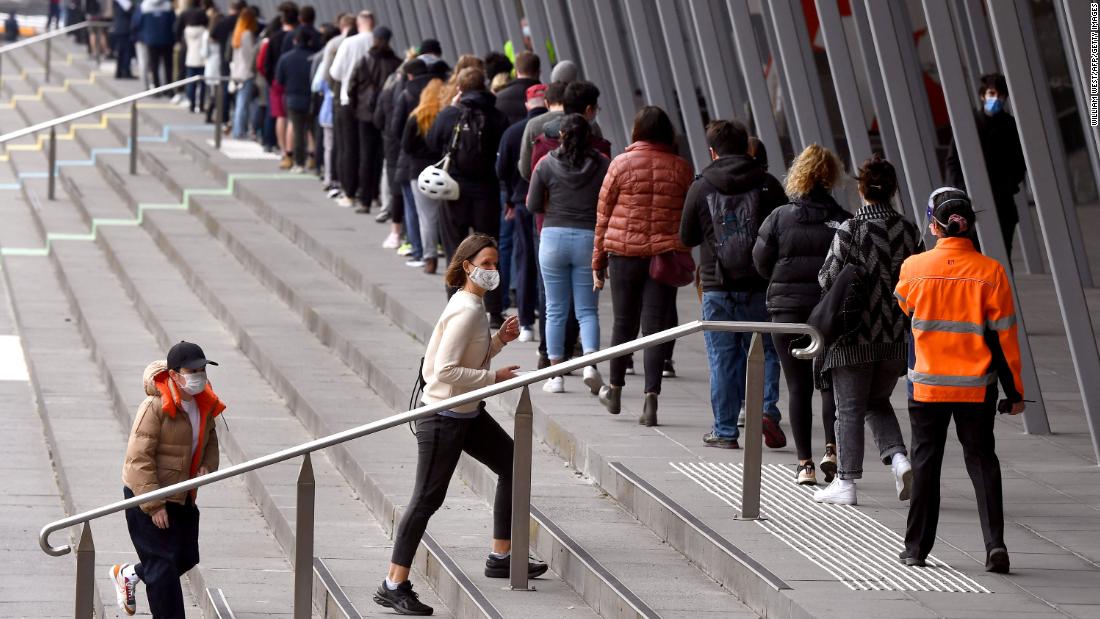 (CNN) — Australia is on track to allow borders to reopen by Christmas, the country’s minister for trade, tourism and investments said on Wednesday, September 22.

“I do empathize with the Australians who have been denied the opportunity to travel overseas this year,” Tourism Minister Dan Tehan said during a talk that was organized by the National Press Club of Australia but broadcast online due to coronavirus restrictions.

He added: “It’s another reason why everyone should get vaccinated and we have to stick to the national plan that will see our international border open up — at this rate by Christmas at the latest.”

Earlier this week, Tehan laid out some of the tasks that will need to happen to get the country on the road to reopening.

“It’s incredibly important that we’re doing that preparatory work,” he said. One of those action items is passing the 80% national vaccination rate. As of September 22, about 38% of Australians had received both doses of a coronavirus vaccine.

The national vaccine rollout has been so vital that Australia’s tourism board created a special domestic ad urging people to get jabbed.

“We need to claim back our way of life so that we can visit friends and relatives, get back into the workplace, get our kids back to school, travel domestically and internationally again, and welcome the world back to enjoy all that Australia has to offer,” Phillipa Harrison, managing director of Tourism Australia (the country’s official national tourism board) said in a press statement when the campaign debuted.

International visitors to Australia will need to verify that they are fully vaccinated before entering the country.

Australia also plans to test out “vaccine passports” with other countries: Singapore, Japan and the United States are reportedly on the list.

Tehan has also been coordinating with the aviation industry.

Australia closed its borders to non-residents in March 2020 and employed a mandatory quarantine system, which severely limited the number of people who could return to the country each week.

In July, Australian public broadcaster ABC reported that 38,000 Australians were on the Department of Foreign Affairs and Trade’s wait list to repatriate. The Australian government also imposed rules largely preventing residents from departing the country.

The states of New South Wales (home to Australia’s most populous city, Sydney) and South Australia are piloting programs to allow vaccinated travelers to quarantine at home.

WASHINGTON — President Biden and Democratic congressional leaders raced on Monday to strike a compromise on a domestic policy and climate package, … END_OF_DOCUMENT_TOKEN_TO_BE_REPLACED

“It was a very lax process.”That is not something you usually hear in stories about finding the perfect apartment. But for Amanda Paulsen and her … END_OF_DOCUMENT_TOKEN_TO_BE_REPLACED

Here are the most important news, trends and analysis that investors need to start their trading day:1. Dow set to rise slightly after Friday's record … END_OF_DOCUMENT_TOKEN_TO_BE_REPLACED