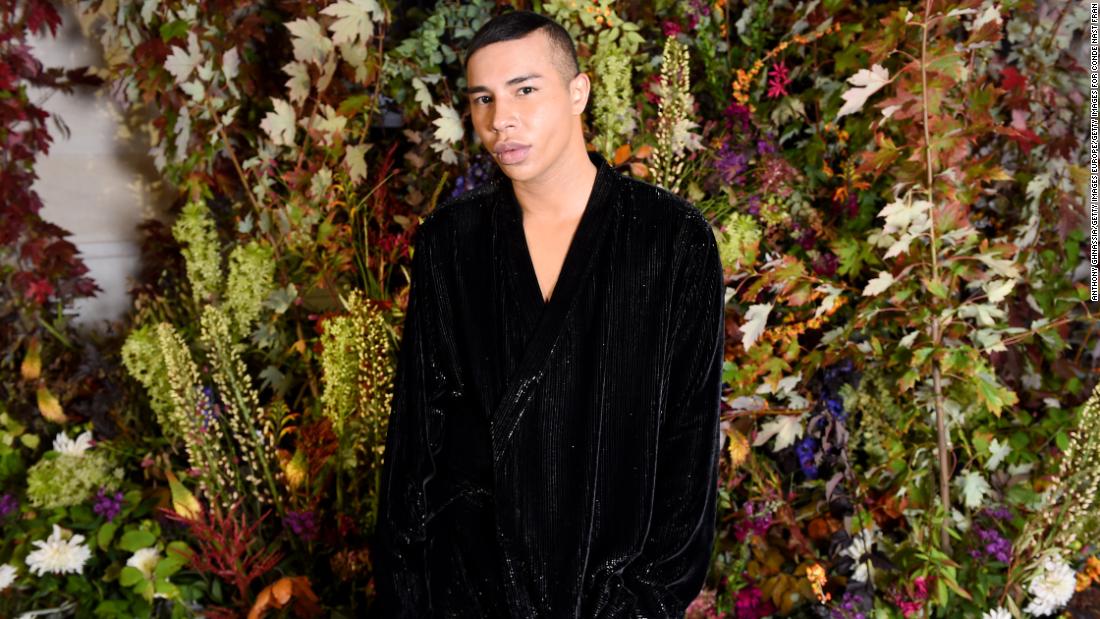 Written by By Jeevan Ravindran, CNN

Olivier Rousteing, the creative director of French luxury fashion house Balmain, has revealed he sustained serious injuries after a fireplace exploded at his home in Paris last year.
Writing on Instagram Saturday, the 36-year-old said he had been “hiding this for too long” but was “finally ready to share” his experience, adding the incident took place a year earlier on October 9, 2020.

“I did everything to hide this story from as many people as possible and trying to keep the secret with my teams and friends for too long,” Rousteing wrote.

“To be honest I am not really sure why I was so ashamed, maybe this obsession with perfection that fashion is known for and my own insecurities…” he added.

Praising the staff at the Hôpital Saint Louis in Paris where he was treated, he said he had hidden his injuries with clothes and accessories during interviews and photoshoots.

He said the experience made him realize that the power of social media enabled users to “create our own special narrative that avoids what we do not wish to see or show.”

“Today, I feel so free, so good and so lucky. I’m beginning a new chapter with a smile on my face and a heart full of gratitude,” Rousteing wrote, reminding followers that “there is always the sun after the storm.”

Many of Rousteing’s celebrity friends posted supportive comments, including musicians Cardi B and Maluma, as well as socialite Kim Kardashian West and designer Donatella Versace.

Rousteing said he was now “healed, happy and healthy” and said his last show, which took place on September 28-29, was “about the celebration of healing over pain” and commemorated his “rebirth” as well as 10 years as Balmain’s director.

The show, billed the “Balmain Music Festival V02,” featured food, music and fashion, with supermodel Naomi Campbell as the star attraction of the catwalk.

Rousteing took over as creative director of Balmain in 2011 and has since worked with legions of models and musicians including Gigi Hadid, Rihanna, Jennifer Lopez, Beyoncé, Iman and Cara Delevingne.

Target has added new brands to its beauty department. At a growing number of stores, it also has mini Ulta Beauty shops with prestige brands.Melissa … END_OF_DOCUMENT_TOKEN_TO_BE_REPLACED

Just a few months ago, builders couldn't put homes up fast enough to appease the hordes of eager buyers. They boasted about lengthy waitlists, even … END_OF_DOCUMENT_TOKEN_TO_BE_REPLACED