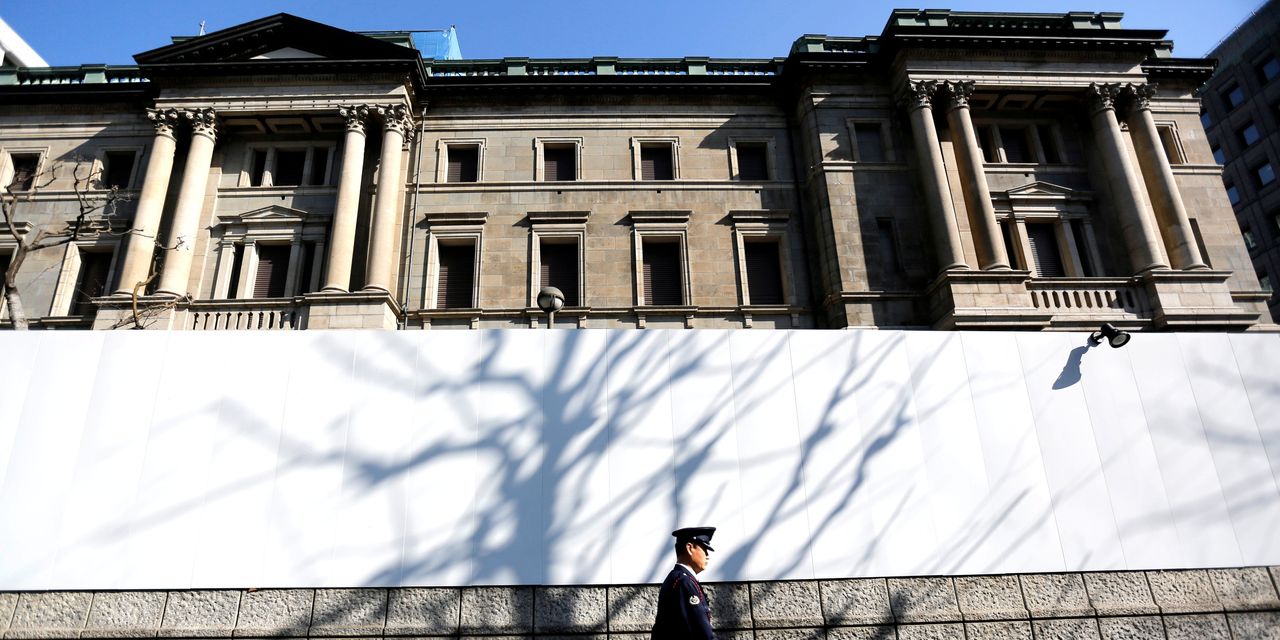 TOKYO—The Bank of Japan dropped its annual target for stock purchases Friday, a shift for the central bank after years of building a stock portfolio worth hundreds of billions of dollars.

Since 2016, the Bank of Japan had said it would seek to buy about ¥6 trillion, equivalent to $55 billion, in exchange-traded stock funds annually. In March 2020, when the coronavirus pandemic was developing, it added that it could buy up to twice that amount annually when the market was falling rapidly.

On Friday, it dropped the ¥6 trillion target but reiterated it was ready to step in with larger purchases if needed. It said the higher purchase limit, previously described as a temporary pandemic response, would continue even after the pandemic subsides.

The move came after a rapid rise in stock prices over the past year that has brought the Nikkei Stock Average near a 30-year high. As of March 1, the BOJ’s stockholdings were worth more than $450 billion, according to NLI Research Institute, making it the single largest holder of shares in the Tokyo market.

Some critics including former BOJ officials have said the outsize presence of the central bank is interfering with the independence of the stock market, and they have called on the BOJ to pull back.

The Topix index, which reflects all shares listed on the Tokyo Stock Exchange’s first section, ended the day virtually flat, while the 225-issue Nikkei Stock Average fell 1.4%. The BOJ previously bought Nikkei-linked stock funds, but it said future stock purchases would be made only in funds tied to the Topix.

Also Friday, the central bank fine-tuned its interest-rate policies, saying it was girding for a lengthy effort to achieve its 2% inflation target.

The BOJ said the 10-year Japanese government bond yield could move more freely around its zero target. It said it would let the 10-year JGB yield move in a range between minus 0.25% and plus 0.25%. The target range, put in writing for the first time, compared with previous verbal guidance that put the band roughly between minus 0.2% and plus 0.2%.

The central bank maintained its target for short-term interest rates at minus 0.1% and laid out ways it could help commercial banks stay profitable in the event short-term rates were lowered further into negative territory.

It said it expected monetary easing will be prolonged because prices are likely to keep falling for now.

Most Federal Reserve officials said earlier this week that they expected the Fed would hold rates near zero through 2023.

Write to Megumi Fujikawa at megumi.fujikawa@wsj.com

In The Bad Future, most places on Earth will be hotter, although there will still be some cold days. School and sports will be canceled during intense … END_OF_DOCUMENT_TOKEN_TO_BE_REPLACED

As fear for their industry turned to a stunned optimism last year, publishers started to rethink almost everything they had once took for granted, … END_OF_DOCUMENT_TOKEN_TO_BE_REPLACED