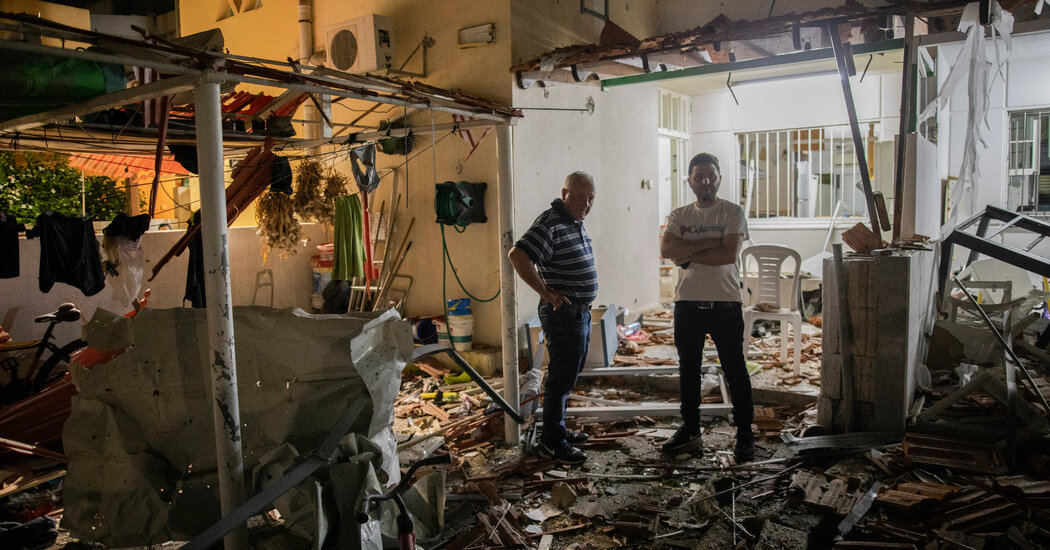 As the United States and Egyptian mediators headed to Israel to begin de-escalation talks, the antagonists were weighing delicate internal considerations before agreeing to discussions on ending the violence.

But even before the mediators got to work, Israel’s caretaker prime minister, Benjamin Netanyahu, appeared to have calculated that brute force was required first.

Early Friday, Israeli ground troops entered Gaza — a major move of escalation against the Hamas militants who have been launching hundreds of rockets at Israel. It was unclear how long the Israelis would remain, but the move could extend the conflict and significantly increase the number of dead and wounded on both sides.

For the Palestinians, the indefinite postponement of elections last month by the Palestinian president, Mahmoud Abbas, created a vacuum that Hamas is more than willing to fill. Hamas argues that it is the only Palestinian faction that, with its large stockpile of improved missiles, is defending the holy places of Jerusalem, turning Mr. Abbas into a spectator.

President Biden has spoken to Mr. Netanyahu and repeated the usual formula about Israel’s right to self-defense, and he has dispatched an experienced diplomat, the deputy assistant secretary of state Hady Amr, to urge de-escalation on both sides.

The Biden administration also has resisted calls at the United Nations Security Council for an immediate discussion of the crisis, arguing that Mr. Amr and other diplomats need at least a few days to work toward a possible solution.

A proposal to convene an urgent meeting on Friday by the 15-member council was effectively blocked by the United States, diplomats said. Criticism of Israeli policies toward the Palestinians is widespread among members of the United Nations, and the United States has often stood alone in defending its key Middle East ally.

In Washington, Secretary of State Antony J. Blinken, when asked about American objections to a Security Council meeting, told reporters on Thursday that “we are open to and supportive of a discussion, an open discussion, at the United Nations,” but wanted to wait until early next week.

“This, I hope, will give some time for the diplomacy to have some effect and to see if indeed we get a real de-escalation,” Mr. Blinken said.

AUSTIN, Texas--(BUSINESS WIRE)--As the first multifamily management company to be recognized in the Public Relations and Marketing Excellence Awards, … END_OF_DOCUMENT_TOKEN_TO_BE_REPLACED

There have been whispers of cooling housing and rental prices in the San Francisco Bay Area, but that hasn't yet translated into practical, noticeable … END_OF_DOCUMENT_TOKEN_TO_BE_REPLACED

Cars pass in Independence Square at twilight in Kyiv, Ukraine, Monday, Oct. 31, 2022. Rolling ... [+] blackouts are increasing across Ukraine as the … END_OF_DOCUMENT_TOKEN_TO_BE_REPLACED