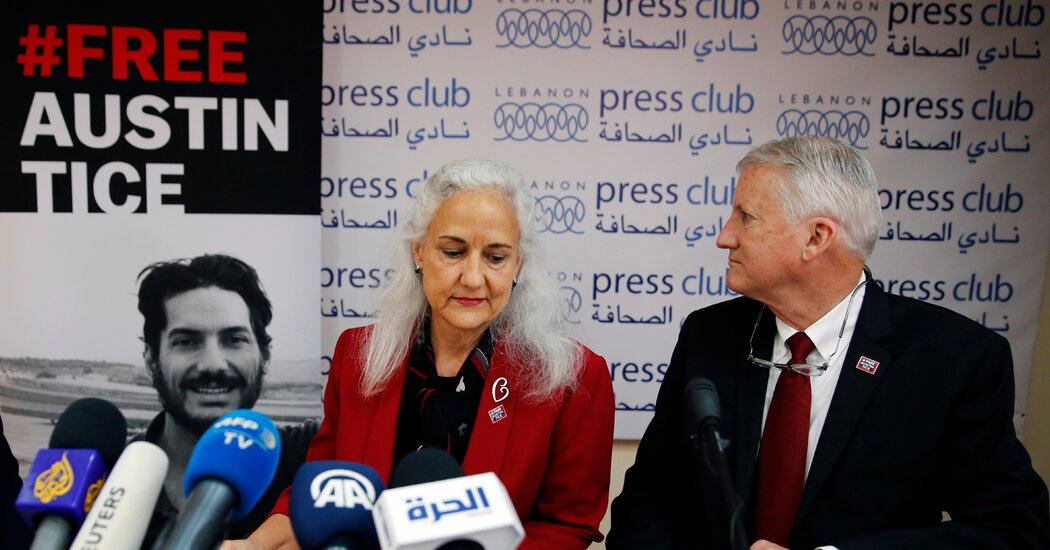 Other partners, like the Vatican, also failed to secure Mr. Tice’s release. The Trump administration had even talked to an unidentified Hollywood actor about reaching out to the Syrian government. While some Trump administration officials thought Moscow could intervene, Russia was also ultimately unhelpful.

Two other Americans who had been held by the Syrian government have been released. Kevin Patrick Dawes, a freelance photographer, was released in 2016 after nearly four years in captivity. Sam Goodwin was freed in 2019 after being held for two months. Both men were held for far shorter times than Mr. Tice. Mr. Dawes said he was brutally beaten, while Mr. Goodwin said he could hear “others being tortured around me every day.”

Discovering the fate of Mr. Tice remained elusive to administration officials, including Robert C. O’Brien, the former hostage negotiator who rose to be Mr. Trump’s national security adviser in the fall of 2019. Mr. O’Brien, who had lost his own son in an accident, pushed to get Mr. Tice home.

In March 2020, Mr. Trump wrote a letter to President Bashar al-Assad of Syria asking for Mr. Tice’s release and proposing a direct dialogue.

Following up, the Trump administration in August 2020 dispatched two senior officials to Syria: Mr. Carstens, the hostage czar, and Kashyap Patel, who held senior White House, Pentagon and intelligence posts. Besides securing Mr. Tice’s release, the Americans had also hoped to cut a deal to free Majd Kamalmaz, a Syrian-American.

A retired Army lieutenant colonel who has held senior State Department posts, Mr. Carstens has been deeply involved in the Tice case, and he and Mr. Patel met with Mr. Mamlouk.

Mr. Mamlouk told them he wanted American troops out of Syria and relations between the two countries normalized before Syria would allow any progress on the Tice case. Still, the spy chief never acknowledged that the Syrians were holding Mr. Tice, continuing a pattern of almost nine years.

AUSTIN, Texas--(BUSINESS WIRE)--As the first multifamily management company to be recognized in the Public Relations and Marketing Excellence Awards, … END_OF_DOCUMENT_TOKEN_TO_BE_REPLACED

There have been whispers of cooling housing and rental prices in the San Francisco Bay Area, but that hasn't yet translated into practical, noticeable … END_OF_DOCUMENT_TOKEN_TO_BE_REPLACED

Cars pass in Independence Square at twilight in Kyiv, Ukraine, Monday, Oct. 31, 2022. Rolling ... [+] blackouts are increasing across Ukraine as the … END_OF_DOCUMENT_TOKEN_TO_BE_REPLACED