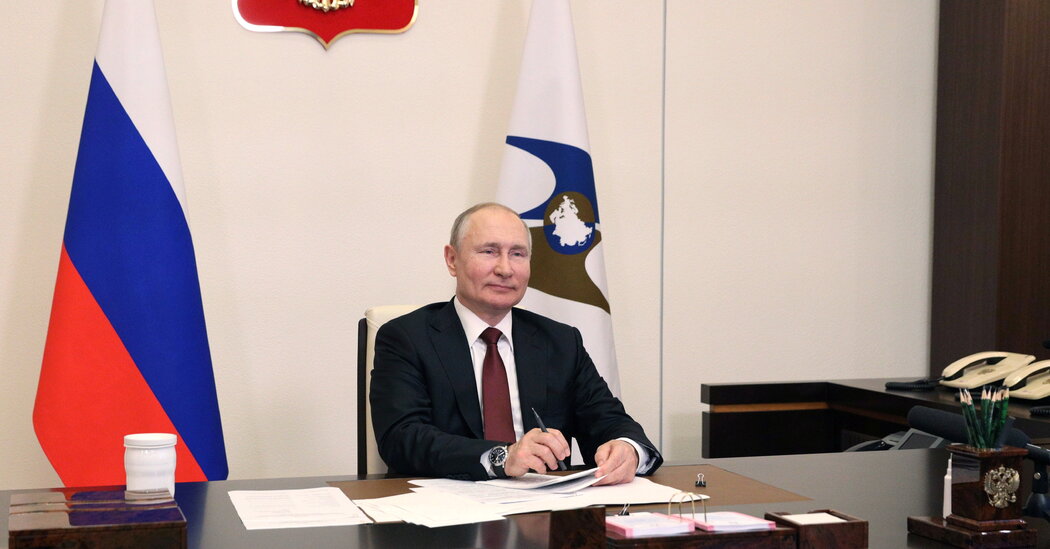 President Biden and President Vladimir V. Putin of Russia have agreed to meet on June 16 in Geneva for a face-to-face encounter that comes at a time of fast-deteriorating relations over Ukraine, cyberattacks and a raft of new nuclear weapons Mr. Putin is deploying. The summit is the first in-person meeting between the two leaders since Mr. Biden became president.

The one-day meeting is expected to focus on ways to restore predictability and stability to a relationship that carries a risk of nuclear accident, miscalculation and escalation. Geneva was also the site of the 1985 summit between Mikhail Gorbachev, the Soviet leader, and Ronald Reagan that was focused on the nuclear arms race.

The meeting comes at the worst point in Russian-American relations since the fall of the Soviet Union about 30 years ago. To say that the two leaders have a tense relationship is an understatement: Mr. Biden called Mr. Putin a “killer” in a television interview in March, leading Mr. Putin to dryly return the accusation and wish the new president “good health.”

Russia, despite its aggressive language toward the West, has shown optimism about the talks. For Mr. Putin, a high-profile presidential summit can help deliver what he has long sought: respect for Russia on the world stage. And he is sure to repeat his message that the United States must respect Russian interests — especially inside Russia, where the Kremlin claims Washington is trying to undermine Mr. Putin’s rule, and in Eastern Europe.

new round of financial sanctions against the country.

That list includes the prosecution and jailing of Aleksei A. Navalny, the opposition leader Mr. Putin’s intelligence services tried to kill with a nerve agent. And Mr. Biden plans to spend considerable time on cybersecurity in hopes of limiting the rising tide of cyberattacks directed at the United States.

Such attacks have dogged Mr. Biden since December, with the disclosure of SolarWinds, a sophisticated hack into network management software used by most of the United States’ largest companies and by a range of government agencies and defense contractors.

Mr. Biden vowed a full investigation and a proportionate response, though it is unclear whether those moves — which his aides said would be “seen and unseen” — are sufficient to deter the low-cost attacks.

Two weeks ago, Mr. Biden said he would raise with Mr. Putin the more recent ransomware attack on Colonial Pipeline, which shut down nearly half of the supply of gasoline, diesel and jet fuel to the East Coast. That attack was the work of a criminal group, the Biden administration said, but Mr. Biden accused Russia of harboring the ransomware criminals.

The summit will come at the end of Mr. Biden’s first international trip as president, to Europe, where he will meet with the Group of 7 allies — a group the Russians had been part of for several years when integration with the West seemed possible — and NATO allies.

When you think of Oscar winner Sandra Bullock, the first words that come to mind are probably not "organic farmer."But that's one of the many things … END_OF_DOCUMENT_TOKEN_TO_BE_REPLACED