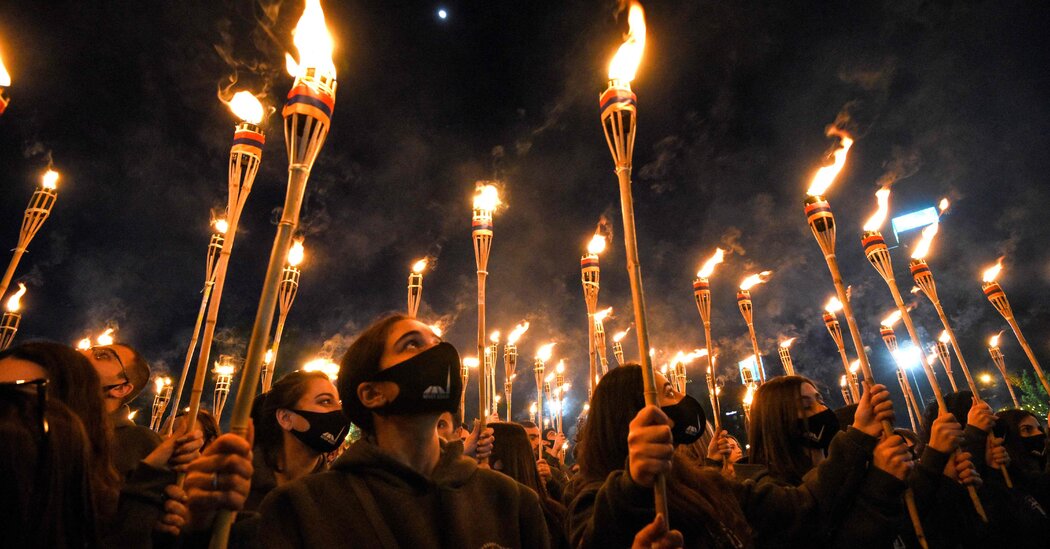 The Turkish public will see it as evidence of American double standards, and anti-Western forces in Turkey will use it to incite fury, he said.

Both opposition and pro-government leaders attacked the expected designation.

“This is an improper, unfair stance,” said Kemal Kilicdaroglu, the leader of the largest opposition party, the Republican People’s Party.

Dogu Perincek, the leader of the ultranationalist Patriotic Party, in an open letter to Mr. Biden, questioned his authority to issue such a declaration. “As is known, the genocide against the Jews was adjudicated at an authorized court,” he wrote, “but regarding the 1915 incidents, there is no judicial ruling.”

The killings of Armenians occurred at the end of World War I during the collapse of the Ottoman Empire, the predecessor of modern Turkey. Worried that the Christian Armenian population would align with Russia, a primary enemy of the Ottoman Turks, officials ordered mass deportations in what many historians consider the first genocide of the 20th century: Nearly 1.5 million Armenians were killed, some in massacres by soldiers and the police, others in forced exoduses to the Syrian desert that left them starved to death.

Turkey has acknowledged that widespread atrocities occurred during that period, but its leaders have adamantly denied that the killings were genocide.

In the days leading up to Mr. Biden’s announcement, Armenians and human rights activists in Turkey expressed caution, partly because of years of political seesawing over the issue.

“Personally, it is not going to make me excited,” Yetvart Danzikyan, the editor in chief of Agos, an Armenian-Turkish weekly newspaper in Istanbul, said, pointing to a statement President Ronald Reagan issued in 1981 about the Holocaust that mentioned the “genocide of the Armenians” in passing.

AUSTIN, Texas--(BUSINESS WIRE)--As the first multifamily management company to be recognized in the Public Relations and Marketing Excellence Awards, … END_OF_DOCUMENT_TOKEN_TO_BE_REPLACED

There have been whispers of cooling housing and rental prices in the San Francisco Bay Area, but that hasn't yet translated into practical, noticeable … END_OF_DOCUMENT_TOKEN_TO_BE_REPLACED

Cars pass in Independence Square at twilight in Kyiv, Ukraine, Monday, Oct. 31, 2022. Rolling ... [+] blackouts are increasing across Ukraine as the … END_OF_DOCUMENT_TOKEN_TO_BE_REPLACED