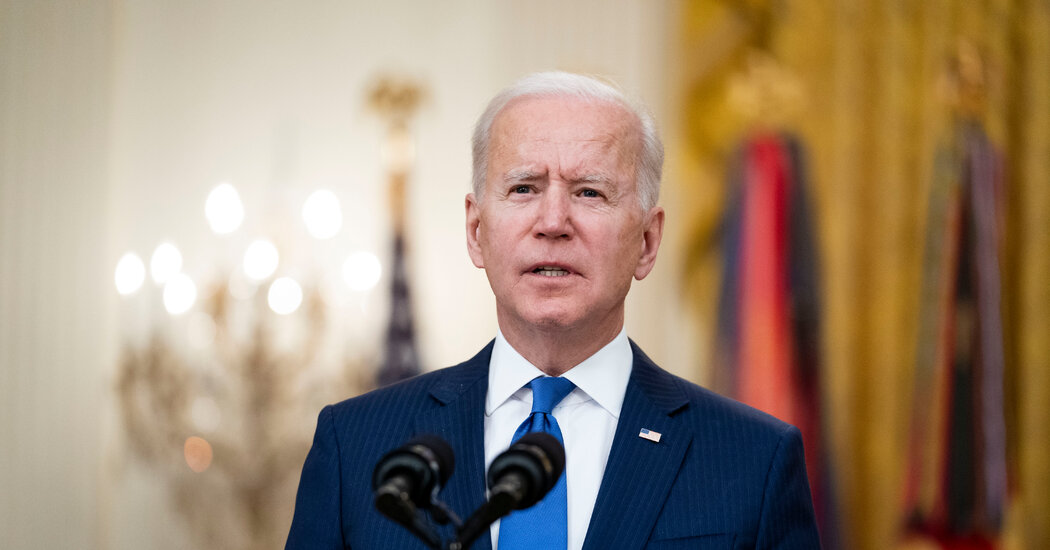 WASHINGTON — As many as 320,000 Venezuelans living in the United States were given an 18-month reprieve on Monday from the threat of being deported, as the Biden administration sought to highlight how dangerous that country has become under President Nicolás Maduro.

The immigrants also will be allowed to work legally in the United States as part of the temporary protective status the administration issued as it considers the next steps in a yearslong American pressure campaign to force Mr. Maduro from power.

“The living conditions in Venezuela reveal a country in turmoil, unable to protect its own citizens,” Alejandro N. Mayorkas, the homeland security secretary, said in a statement. “It is in times of extraordinary and temporary circumstances like these that the United States steps forward to support eligible Venezuelan nationals already present here, while their home country seeks to right itself out of the current crises.”

Venezuela is mired in one of the world’s worst humanitarian crises under Mr. Maduro, who, through a mix of corruption and neglect, oversaw the decay of the country’s oil infrastructure that had propped up its economy. The United Nations has estimated that up to 94 percent of Venezuela’s population lives in poverty, with millions of people bereft of regular access to water, food and medicine.

But one of the officials who briefed reporters on Monday on condition that he not be identified said the Biden administration was reviewing whether to lift a raft of economic sanctions that experts believe have cost Venezuela’s government has much as $31 billion since 2017.

The official said that review would assess whether the economic pressure exacted against Mr. Maduro and his government was worth the risk of exacerbating the dire living conditions for Venezuelans.

The new protections were welcomed by Democrats and Republicans in Congress who had appeared divided on the approach to immigration policy under Mr. Trump.

Senator Marco Rubio, Republican of Florida, said he supported the protections, although “it is critical that we continue working with our democratic allies to secure a Venezuela free from tyranny and ensure this temporary status in the U.S. does not become a permanent one.”

Senators Bob Menendez of New Jersey and Richard J. Durbin of Illinois, both Democrats, noted that earlier efforts to allow Venezuelan immigrants to remain in the United States were blocked by the former president’s supporters in Congress.

“For years, the world watched in horror as man-made humanitarian and political crises turned Venezuela into a failed state,” the senators said in a joint statement. “Despite these disastrous and dangerous conditions, Venezuelans were still forcibly deported back to their country by the Trump administration.”

federal appeals court sided with the Trump administration’s argument that immigrants from places like El Salvador, Haiti and Sudan, which were recovering from disasters or political turmoil, no longer needed safe haven in the United States.

Monday’s announcement signaled that the Biden administration was likely to continue at least some of the protections.

Roberto Marrero, a Venezuelan opposition leader who moved to Florida after spending a year and a half in jail in Venezuela, called Monday’s decision a “bittersweet victory.”

“It gives us protection,” he said, “but also reminds us that we’re here because there’s a dictatorship in our country.”

GREENVILLE, N.C.--(BUSINESS WIRE)--Employers aiming to win the war on talent have a new “A” team to tap into: college and professional athletes. … END_OF_DOCUMENT_TOKEN_TO_BE_REPLACED

Mortgage rates are likely to rise in July, extending a seven-month streak. High inflation, and the Federal Reserve's efforts to control it, have … END_OF_DOCUMENT_TOKEN_TO_BE_REPLACED