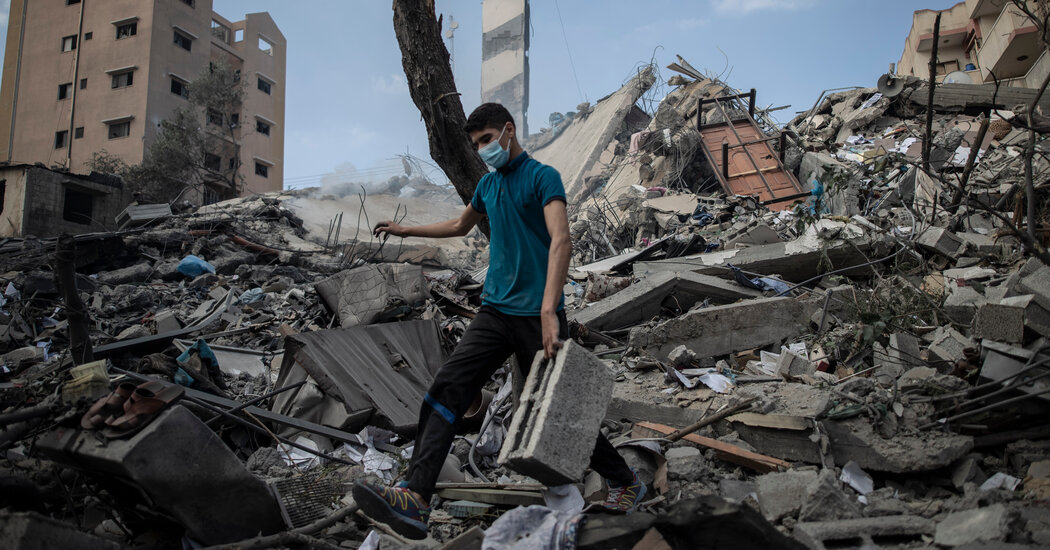 President Biden told Prime Minister Benjamin Netanyahu on Wednesday that he “expected a significant de-escalation today on the path to a cease-fire” in the conflict between Israel and Hamas, the White House principal deputy press secretary told reporters onboard Air Force One.

“Our focus has not changed,” the press secretary, Karine Jean-Pierre, said. “We are working towards a de-escalation.”

She said the call, which came before the president departed from Washington to address graduates at the United States Coast Guard Academy on Wednesday morning, did not reflect a shift in administration policy as it pertains to a cease-fire.

“This is what we have been calling for for the past eight days,” she said.

Still, the president’s call to the Israeli leader added to a growing chorus of international parties urging the Israeli military and Hamas militants to lay down their weapons as the conflict stretched into its 10th day.

the deadliest fighting in Gaza since 2014.

The Israeli Army’s airstrikes have killed at least 219 Palestinians, including dozens of children, according to the Gaza health ministry. They have also destroyed homes, roads and medical facilities across the territory. Hamas militants continued to fire rockets into Israeli towns on Wednesday, sending people scurrying for shelter. The barrage from Hamas has killed at least 12 Israeli residents.

tweeted on Tuesday that the attacks against Hamas would “continue as long as necessary to restore calm to the citizens of Israel.”

the humanitarian crisis has deepened for the two million people inside Gaza.

The United Nations said that more than 58,000 Palestinians in Gaza had been displaced from their homes, many huddling in U.N.-run schools that have in effect become bomb shelters. Israeli strikes have damaged schools, power lines, and water, sanitation and sewage systems for hundreds of thousands of people in a territory that has been under blockade by Israel and Egypt for more than a decade. Covid-19 vaccinations have stopped, and on Tuesday an Israeli strike knocked out the only lab in the territory that processes coronavirus tests.

“There is no safe place in Gaza, where two million people have been forcibly isolated from the rest of the world for over 13 years,” the U.N. emergency relief coordinator in the territory, Mark Lowcock, said in a statement.

America is absorbing the shock of another bloody mass shooting, a day after an 18-year-old man wearing body armour and carrying assault rifles entered … END_OF_DOCUMENT_TOKEN_TO_BE_REPLACED

Once home to baseball Hall of Famer Ty Cobb, this estate rests on the eastern shores of Lake Tahoe. Now, 1472 Flowers Ave. is on the market asking … END_OF_DOCUMENT_TOKEN_TO_BE_REPLACED