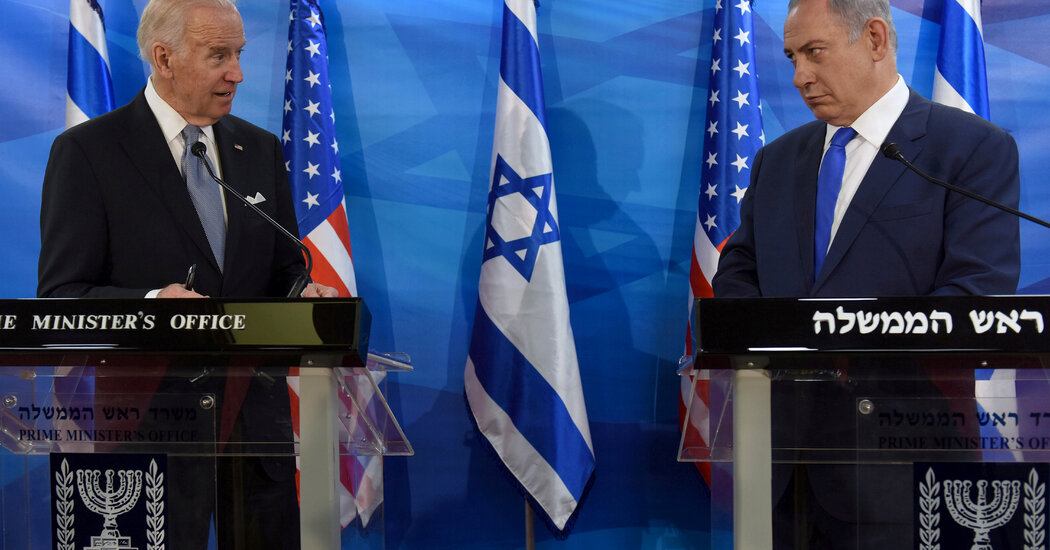 President Biden took office with little interest in pursuing an Israel-Palestinian peace agreement for understandable reasons: Predecessors in both parties had failed in their attempts.

Bill Clinton hosted an Israeli-Palestinian summit during his first year in office. Barack Obama appointed a Middle East peace envoy on his second full day. Donald J. Trump vowed even before being inaugurated to secure an Israel-Palestinian peace deal that “no one else has managed to get.” George W. Bush, who took up the cause later in his presidency, also faced frustration.

Even before the latest explosion of violence in Israel and Gaza, analysts agreed that such a peace deal looked hopeless in the near term, and Mr. Biden and his senior advisers have largely accepted that status quo.

He has issued familiar endorsements of a two-state solution while making little effort to push the parties toward one. But as spiraling riots, rocket attacks and airstrikes in Jerusalem and over Gaza threaten to escalate into a major conflict, calls are growing from within the Democratic Party for Mr. Biden to play a more active role.

“The problem with the Middle East,” said Martin S. Indyk, a special envoy for Israel-Palestinian negotiations during the Obama administration, “is that you can try to turn your back on it, but it won’t turn its back on you.”

Listed on April 21 for $2,395,000 with Adam Weissman of Coldwell Banker Bain of Lake Union, the gorgeous four-bedroom brick home was sold on May 6 for … END_OF_DOCUMENT_TOKEN_TO_BE_REPLACED